Ek Balam: The Black Jaguar of the Yucatan Peninsula

Many people have visited nearby Chichen Itzá and walked away thinking the same thing—If only we could’ve climbed to the top. Want to visit a ruin that is remarkably well preserved, still allows you to climb most of the structures, and is much less visited by tourists? Ek Balam is your site. 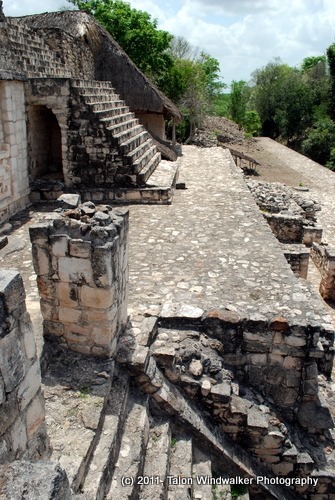 Located not too far from the wonderful colonial town of Valladolid, Ek Balam (Black Jaguar) is the name of both a small pueblo and an interesting archaeological site with an adjacent cenote (a sinkhole that is part of a subterranean river system that offers several recreational activities of its own).

Many visitors to the Black Jaguar have shared that they were more impressed with it than nearby Chichen Itzá. I recommend you see both personally.

However, Ek Balam requires much less time to visit as the site is much smaller, even though its central edifice is taller than the infamous El Castillo of Chichen Itzá. One of its unique features is that visitors are able to climb the steep and narrow 106 steps to the very top. 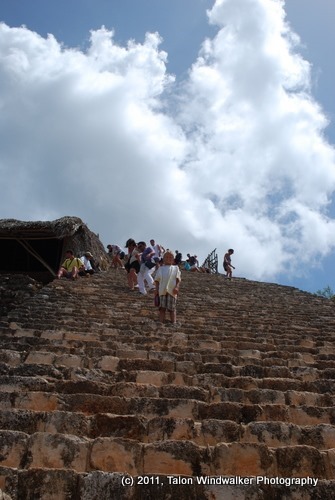 Just be warned there are no railings or other supports to hold onto for most of the breath-stealing ascent. The view, however, is worth the sweat and gasping.

This site is also well known for the quality of the various carvings from the tombs that are extremely well preserved. Dating back to the 9th and 10th centuries, the carvings look as if they were completed this month. Conveniently for visitors they are protected by roofs made from palms thus providing you some shade to recuperate in as well. Make sure to take the dirt path leading around the largest complex. You might be amazed at how well this building is camouflaged, and it will give you an idea of what some of the buildings appeared before restoration began. 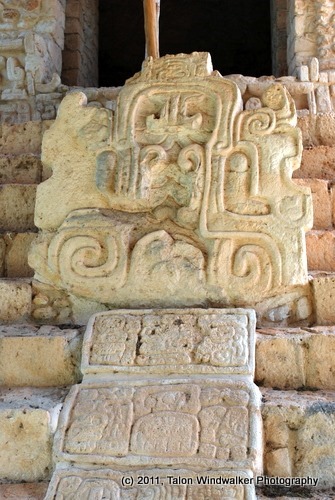 While you stand at the top look for the small hills located in the surrounding jungle. It is believed that each hill represents another as yet undiscovered ruin. 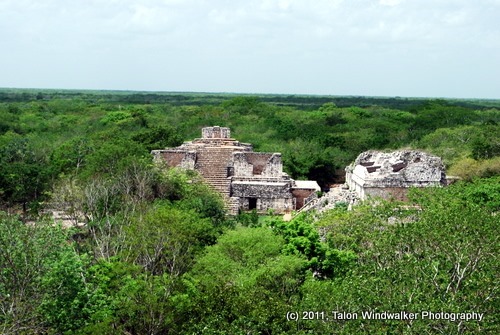 There are rumored to be colectivos (small vans that are cheaper than taxis) in Valladolid that will take you to Ek Balam inexpensively; however, they’re extremely difficult to impossible to find.

The easiest, if you aren’t going by organized tour, is to go by cab with others so that your group is at least 4 people. You can take a taxi from the bus terminal for around $20 roundtrip (split the bill among your party for the greatest savings) which includes up to 1-1/2 hours of wait time. Your driver will hang out and wait until you’re done to bring you back. Often for a little more the taxi driver will throw in a visit to a nearby cenote as well.

If you want to buy some refreshments, avoid the stands inside and ask your driver to buy them for you. He’ll go across the driveway and get them for cheaper, plus they won’t have the gringo add-on charge. Admission at the site was 181 MXN (about $9 USD) for foreign adults in 2015. 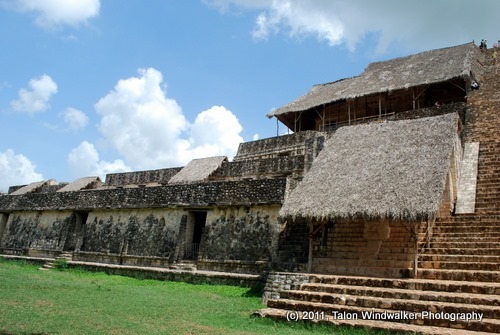 The exhilaration of being able to climb the ruins, to enter many of the buildings, to see the incredibly intact carvings, and the lack of crowds make Ek Balam well worth the effort to get there. Stay in nearby Valladolid and combine your visit with cenotes and other ruins, and you will have had an amazing time.

Have you been to Ek Balam? What did you think of it?