As we were preparing to visit CDMX (Mexico City), I wanted to make sure we spent some time at Teotihuacán. As I was researching ways of getting there, I discovered that one option is to see it by hot air balloon. Now, I’m not someone who does well with the idea of potentially falling. From any height, much less from that high up in the air. However, if I feel secure enough, heights don’t bother me.

The more I researched it the more interested I became, and I ended up booking it. Tigger skydived in Hawaii, and she’s a bit of an adrenaline junkie so it took no effort to convince her.

The day starts quite early as we needed to meet the van by a well-known landmark at 5:30 in the morning. Needless to say, this had Tigger especially rethinking the planned trip. It was a half-hour walk from our Airbnb place, so that meant waking up at about 4:30. Ugh!

While in the hangar waiting for people to check in and for the pilots to prepare the balloons, they show videos of other trips as well as safety info. Watching the people looking out over the basket from a high altitude was not helpful for my increasing anxiety.

I could feel my heart beating faster as we walked to the location where our balloon was being prepared. Out of curiosity, I checked my smartwatch’s pulse reading, and I was going at about 110 beats per minute. 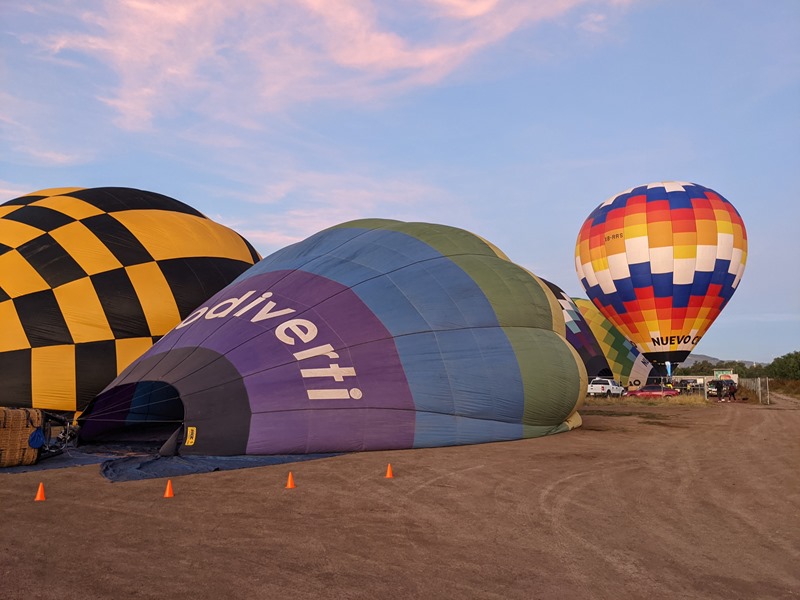 I was actually surprised it was that low!

If you aren’t used to climbing stuff, getting into the basket is not a moment of grace. Staff stay nearby to help in case you need it. For those with mobility challenges, they had a ladder.

Once in the basket, my anxiety increased because of the low edge. Didn’t help me feel more secure. 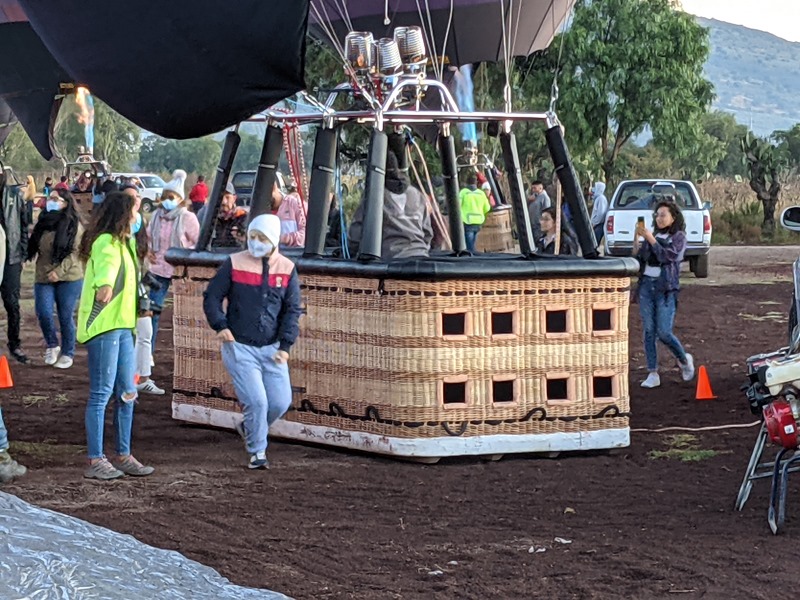 The balloon lifted, and I swallowed hard. As it began rising, I noticed the sun was accompanying us. 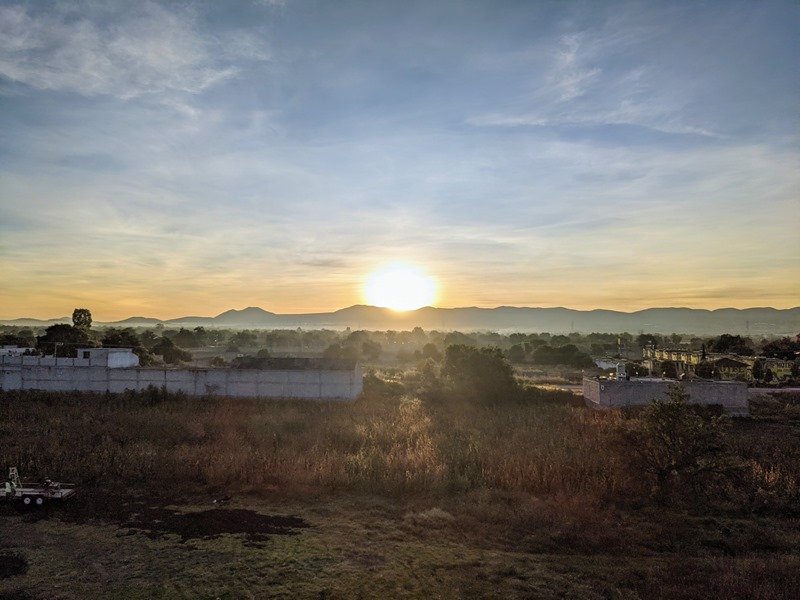 The journey began, and suddenly I felt extremely calm. Even looking down and seeing the objects on the ground diminishing in size as we climbed higher didn’t bother me. There was no wind. I felt like I was casually flying, and I reveled in it.

My excitement (the positive kind) grew rapidly as the Pyramid of the Sun (although I later learned that they believe it’s misnamed and was actually dedicated to the deity of water) came into view. I watched in glee as we steadily approached it. The views of the park, the ruins, the valley, etc., caused me to feel absolute glee.

To be able to see the pyramids from the air was absolutely stunning!

The ride usually lasts 45-60 minutes. Ours was near an hour, and I found myself feeling slightly disappointed when they began the descent. I knew I would absolutely do this again and would probably actively seek out other opportunities.

When Tigger asked me how I was feeling, I was truthfully able to say that this had been one of the best moments of my life. 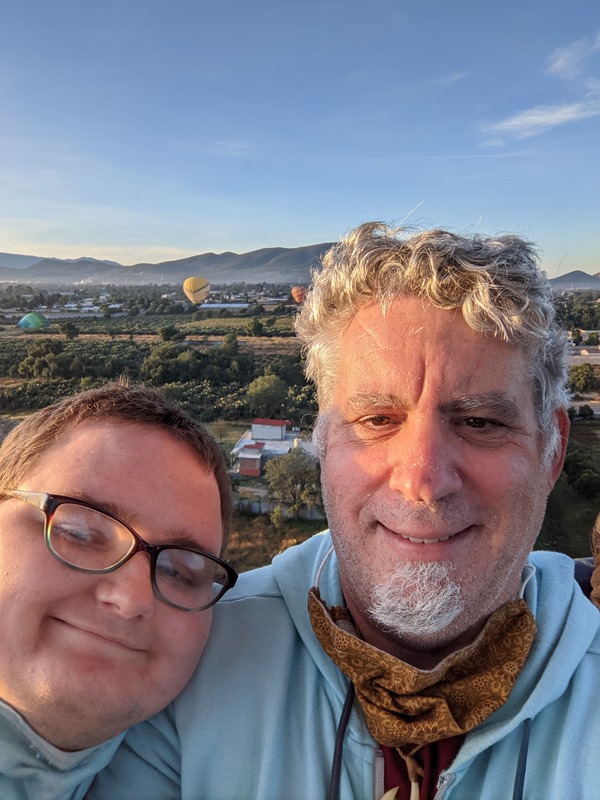 Have you done a hot air balloon ride? Where did you go, or where would you want to go?