Visiting the ancient city of Ayutthaya

We returned to Thailand from Malaysia specifically to celebrate songkran, the Thai new year. After having already spent a couple of months in Thailand, I honestly wasn’t too eager to return just yet. There were other places I wanted to see in SE Asia. However, Tigger was greatly looking forward to songkran, which is celebrated with a countrywide water fight. After doing some research, I discovered that elephants get into the action in Ayutthaya, and the idea of being sprayed with water by an elephant was too hard to resist.

We had quite the adventure getting there from Bangkok’s Don Mueang airport. Once we were settled in, we began exploring the town on foot. We had opted to stay in the older part of the city, which is on an island in the Chao Praya River.

This small town was such a huge difference from Bangkok! Not only was the pace much slower, but the people were even more friendly (which is saying a lot), and it felt like we were getting introduced to a much different aspect of Thai culture. I also enjoyed rarely spotting another tourist.

There are several ancient temple complexes on the island. The city was the 2nd capital of Siam, and in its heyday it was one of the largest cities in the world during that time. The areas within the historical park are the ruins of the capital of the old kingdom. The city was sacked and demolished by the Burmese in the late 1700s, and the historical park is now a UNESCO World Heritage site.

As you tour the various sites, you can see a lot of Khmer influence. I found myself wondering many times what they must’ve looked like before the fall of the kingdom.

Many of the sites are within walking distance of each other. When we visited, we did not have to deal with crowds at all, which made it extra nice. 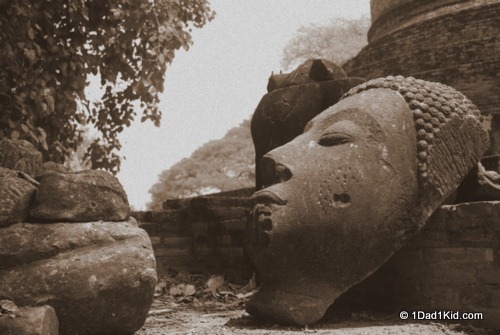 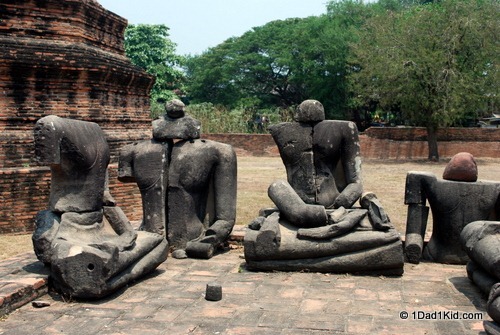 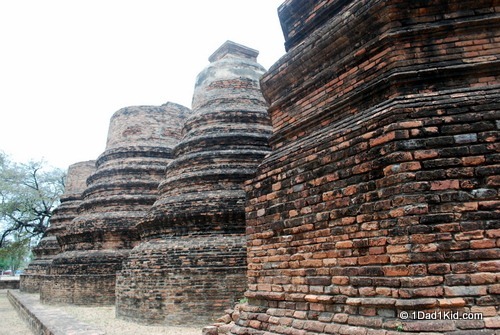 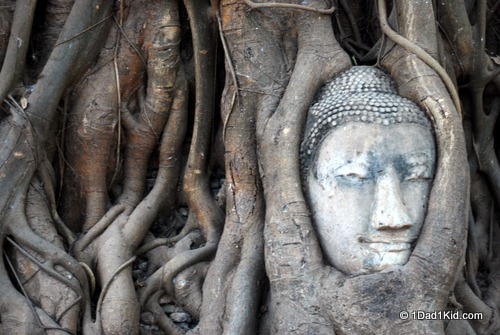 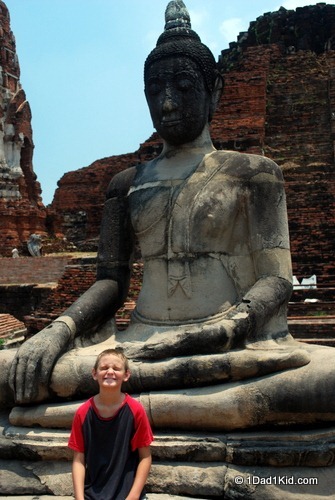 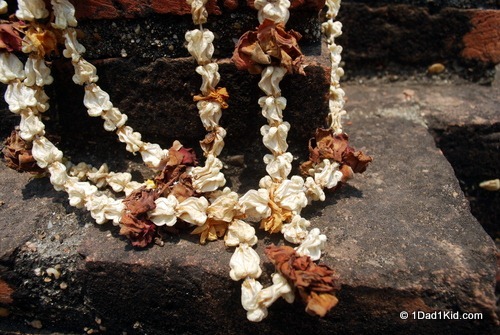 Tips for visiting the ruins:

There are some really great modern temples in the city as well, especially across the river in the newer section. Some of them are quite quirky. They range from small to quite large. Ayutthaya is the site of the king’s summer palace, so there are some large temples which are quite interesting to explore. 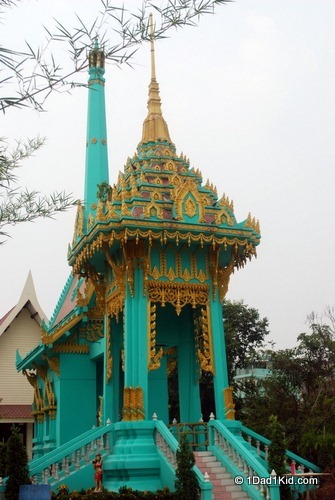 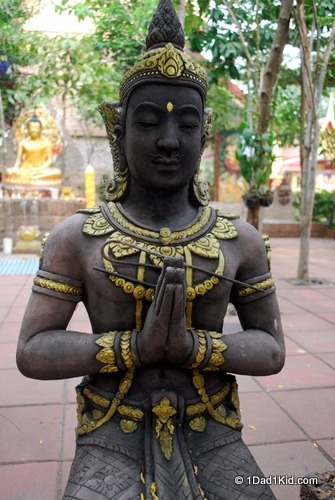 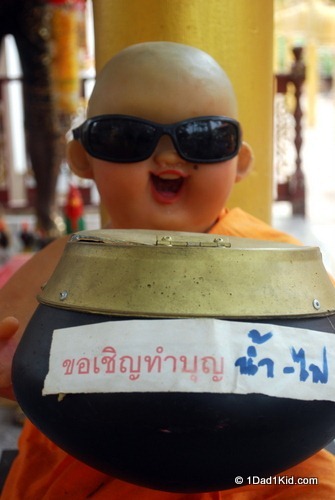 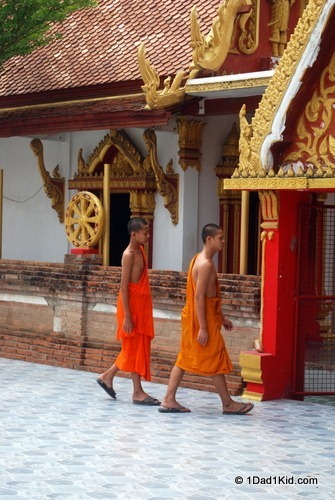 Some of the best food we had in Thailand was found here, especially in the night market. The day market is pretty good as well, but with the heat we found the night market to be much more enjoyable. I think our favorite was probably the grilled quail eggs spritzed with soy sauce and sprinkled with a bit of chile powder. Even Tigger raved about them. We ended up getting them almost every day.

This is a great place to soak up local culture and people watch as well. They start setting up earlier, but really it’s best to visit after 6 PM.

I can’t recommend any restaurants as we pretty much only ate street food the whole time we stayed here. 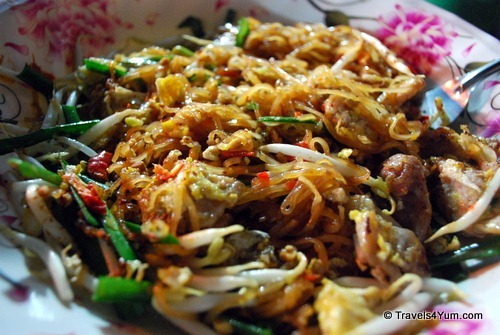 There are plenty of budget places in the old city (on the island) with fancier options available right across the bridge. There is a wide selection of hostels, guest houses, and short-term apartments. We stayed at Somjai Place and were pretty pleased with it. It’s in a pretty central location, and you can rent a scooter from them directly which is nice.

Ayutthaya is a relatively short distance from Bangkok. We took the taxi from the airport simply because I couldn’t find the train station or the place for the mini buses, and no one I asked knew enough English to help me. However, when we returned to Bangkok, we took the third-class train. That was quite the experience, especially since it was on the tail end of the songkran festivities so the train was absolutely packed. Probably the easiest of the cheaper ways of traveling there is via bus. It will be more comfortable and air conditioned (which the 3rd-class train isn’t).

We spent just over a week in Ayutthaya and easily could’ve stayed longer. It’s the Thailand many visitors won’t experience. The ruins may not be as impressive as other temple sites in the Land of Smiles, but they are worth spending some time to see. And the fact that this is such a great town just makes it that much more worthwhile.