Valladolid, a Must-See in the Yucatan

Home » Mexico » Valladolid, a Must-See in the Yucatan

After spending a large amount of time in the coastal areas of Mexico’s Yucatan peninsula, we were ready for something different.  Many moons ago I had taken my first international trip to Mexico with my then-family (they were going to adopt me when I was a teen but discovered that teens cost money and weren’t as easy to travel with if as a baby and so decided against moving forward with the adoption).  We drove in an old yellow VW Bug from southern California to Texas and then crossed the border with Mexico on our way to the southern state of Chiapas.  While the Yucatan was absolutely beautiful, I missed the more traditional Mexico I had experienced during my former trip.  I felt like Tigger was missing out on seeing a different, less touristy side of Mexican culture.  As we were preparing to leave Mexico, I wanted to make sure to visit the world-famous Chichen Itza ruins and that meant a trip to Valladolid.

We grabbed the bus from Playa del Carmen, and a few hours later we arrived in the charming colonial town of Valladolid.  If you rent a car, you can get there much faster since the bus detours and heads south to Tulum to pick up more passengers.  As soon as we stepped off the bus, I knew we were going to like it.  I felt like we were finally in “real” Mexico again.  People stared at us almost everywhere we walked.  It was that look of “Are you lost?” and “You don’t look Mexican, but. . . ” which are my favorites when traveling because it means they aren’t used to a lot of tourists in that area.

Valladolid serves a special place in Mexico’s history.  When the Spanish first colonized this area around 1543, this town was located further away.  However, after they had a miserable time with the mosquitoes, they moved Valladolid to its current location of the indigenous village of Zací.  The indigenous people revolted after the Spanish tore down many of their structures.  This area would be the scene of a couple more revolts, evidence of which can be found at San Bernardino de Siena, and Valladolid is the site of the spark that initiated the Mexican Revolution. 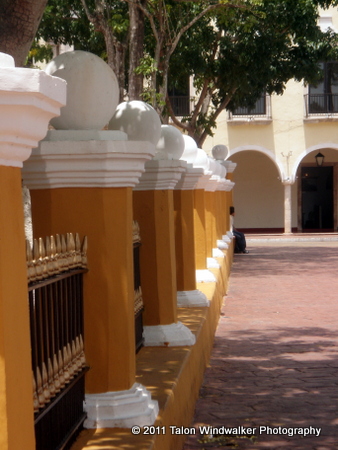 This lovely town of about 46,000 people is surrounded by smaller pueblos and villages.  Our hostel was located in an older, more colonial Spanish part of town which really added to the quaint feeling and was only about four blocks from the bus station.  Getting around by foot is extremely easy, and we never needed to take a taxi or colectivo to move about.

As always we dropped our bags off and then headed out to explore.  Once we found the central plaza, I was in love.  When we went out in search of dinner, and I discovered places serving very traditional dishes and for very low prices, I was ready to find an apartment or casita and stay for at least a month. 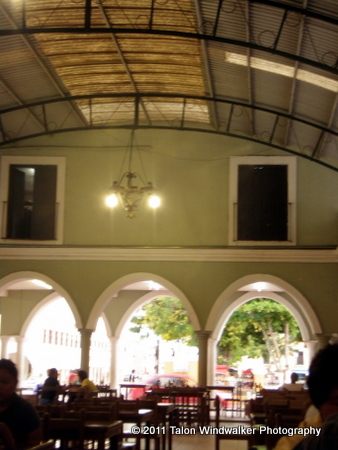 In addition to the plaza, the Candelaria and Calzada de Los Frailes neighborhoods were my favorite areas of Valladolid.  A place I would also consider living was the nearby town of Sisal, the site of the former convent/fort/church of San Bernadino de Siena, which is a short, 10- to 15-minute walk from the town proper. 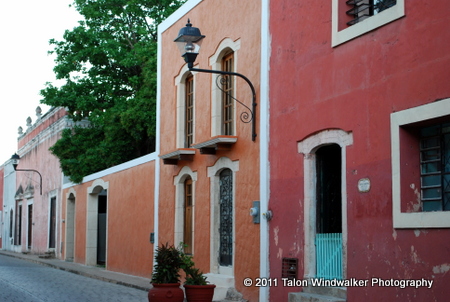 Cenotes, sinkholes which are part of an underground river and cave system, abound in the Yucatan and are usually costly attractions to visit.  However, the cenote Zací is the local swimming hole and at about $1.25 USD (for adults), it is extremely affordable.  The green waters provide an excellent escape from the humid heat.  Some people are put off by the color of the water and the cave swallows flying overhead, but when you’re in the water it’s really quite clean.  There is a large tree outside of the cenote which drops a lot of leaves onto the water, but crews come in regularly to skim the surface.  It is quite deep once you are away from the edges, but a sturdy rope extends across the water so that you can hang on and relax.  There is also a rope swing for those who are a little braver, and if you really want to show off there are two cliff-like areas that you can dive from.  This cenote is also home to rare, black, eyeless fish called lub.  As soon as you enter the water, you’ll see a bunch of the fish swim near you.  They don’t bother you, but because they’re blind they come up close to sense what you are.  For us it added to the fun, but I also know they freak some people out.  A small restaurant is located right next to the cenote, and they will let you use their bathroom to change clothes if you wish as there are no private areas in the cavern.  We made a couple of visits to this cenote, and it was one of our favorite places to hang out.

Traditional restaurants abound with the highest concentration being near the plaza.  Thankfully, there really aren’t many typical American places, although Subway does have a shop there (and it is quite a bit more expensive than in the States).  We ate most of our dinners in the food court of the little mall.  The food was quite excellent, and they had dishes that were unique to the Yucatan, as well as some Mayan dishes I had never seen elsewhere.  For very little money you can eat like a king.  We absolutely loved it, and every time we were there we were the only gringos.

As is typical in many Mexican towns, the hub of town life is found in the plaza, also known as Parque Francisco Cantón.  The park is a lovely place to relax and soak up the local culture.  Valladolid has a sizable population of Mayan descendants, and if you listen carefully you can hear various Mayan dialects being spoken in the park.  There are food and drink vendors all around the park, as well as some ice cream vendors.  If you’ve ever wondered what “corn on the cob ice cream” tastes like, here’s your chance.  It even has corn kernels in it.  If you like creamed corn, you’ll probably like this ice cream.  If not, stick to the less unusual flavors.  They will let you sample before you buy which I really appreciated, especially after sampling the aforementioned flavor called elote. 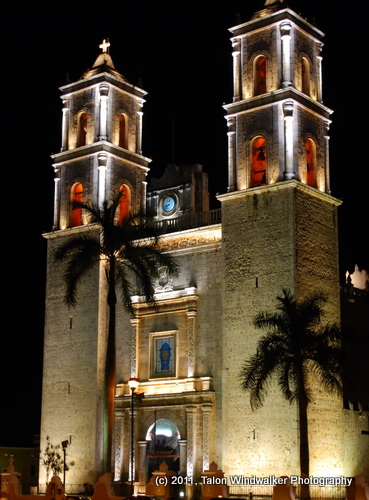 Places I recommend visiting within Valladolid and the immediate area:

While a visit of 2-3 days can do justice to Valladolid, I really recommend you allot extra time in this unique town.  We were there for a week and easily could’ve stayed much longer.  It even carries the Tigger seal of approval.