What to Do in Rome in a Day

As part of our desire to get to our first place to investigate as a candidate for a long-term base, and the unfortunate combination of the expense of Rome and the dismal state of my bank account, we ended up having only 1-1/2 days to explore Rome. However, because of very long travel days (15-hour layover in Sri Lanka, 10-hour flight to Rome overnight) we were operating on so much exhaustion that we spent our first day napping and recovering from our travels. 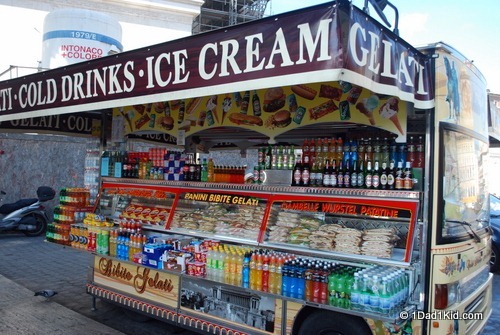 As good fortune would have it, we were contacted by Walks of Italy, a respected organization that organizes trips throughout Italy. They offered to host us on their Best of Rome tour which would take us to the Colosseum, the Forum, Europe’s largest monument (to the first king of Italy who unified the country) the Pantheon, the Trevi Fountain, and the Spanish Steps (which I had never head of).

The walking tour lasts 3-1/2 hours and fit into our schedule perfectly. The Colosseum and the fountain were two things I’ve wanted to see since I was a kid, and Tigger had his eyes on the Pantheon as it is featured in a trailer for Assassin’s Creed. And you get treated to a gelato during the tour.

The place we were staying was in northern Rome and would require a journey involving a bus and 2 metro lines to get back for our luggage. Instead of going through all that, we decided to leave our bags in the storage area at the airport (6€ per bag per 24-hour period) so that we could just catch the metro to the airport train when we were done.

We met our guide at the metro stop across the street from the Colosseum. They handed out headphones connected to radios so that you could hear the guide more easily. They did a little “where are you from” check-in, (New Zealand, Canada, and US), and our international group began our tour. 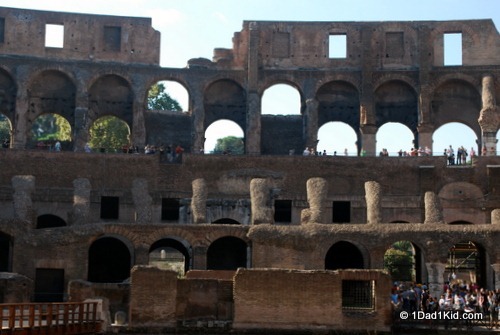 I’m not generally a fan of tours. I like to examine things at my own pace, stop and take photos and not feel pressured to hurry up, etc. I also don’t like to feel like I’m part of a big herd moving through things. However, once in a while they have their advantage, and our guide was probably the strongest point. His wealth of knowledge about the the site and its history was fairly astounding, and we learned a ton. I’m actually going to do a separate post on the Colosseum because there was just so much information. To avoid that whole herd thing, all their tours are limited to a maximum of 12 people (there were 10 in our group).

It was pretty incredible walking around the ancient amphitheater. I tried to imagine the noise from the throngs of people who had come to witness the spectacle. All performances had free admission. Seating was by class. The more wealthy and important someone was, the closer they were seated to all the action. Slaves and “unaccompanied women” would be up in what we would consider the nosebleed section.

The events held here were apparently incredible productions, and event days were packed. In the morning, they had animal battles (animal against animal or animal against human), in the afternoon was for executions of criminals who had committed capital offenses (they were tied to a pole, and hungry beasts were set loose upon them), and later in the day was the big attraction of the gladiators.

The Forum was quite fascinating, too. It was interesting seeing the re-created Senate building (it had been burnt down). Later in the tour, we were able to see the spot where Julius Caesar was assassinated, and interestingly it isn’t well marked at all. A bus stop marks the spot. No plaque, no statue, nothing else. One would think such a significant event would merit more than a bus stop sign!

At the Victor Emmanuel II monument, we learned how the various states were unified and became one country of Italy. It was rather amusing to learn that the Pope, who was the ruler of the Rome, was not exactly in agreement with the unification theory. Not only did he threaten to excommunicate anyone who voted for the states to be formed into one republic, but the new Italian army had to break into the walls of Rome and take it by force. Hostilities between the Holy See and Italy would not end until 1929 when the treaty recognizing Vatican City’s sovereignty was signed.

When Italians later decided a monarchy was no longer in their best interests, the royal family was exiled from Italy. They remained in exile until only 3 years ago. The aristocracy has no part of politics and their titles are merely honorific now. But I hadn’t realized they only had been allowed to return recently. As we passed by Parliament, we discovered they have over 1000 legislators who are paid €15,000 a month in salary ($19,500 USD). I was surprised a country the size of Italy had so much representation. No wonder so many of the people feel like nothing gets done. And with their economic situation. . .

I’ll be doing some more posts about Rome since there is so much to say about the various sites we saw, but suffice it to say I’ll recommend Walks of Italy tours for anyone visiting Rome, even if you have plenty of time to explore the Eternal City on your own. 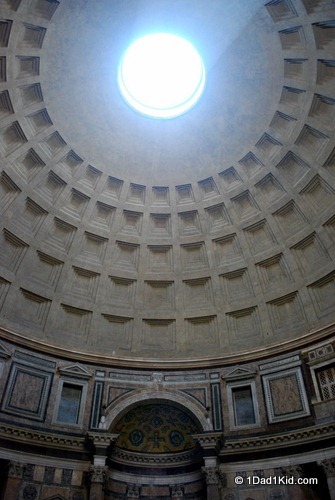 Oh, when you stop for your gelato break (at a place with 150 flavors), consider getting the cone instead of a cup. You’ll get more yumminess that way.

It may be hard to see Rome in a day, but at least it is possible to see a lot in a short time. We’ll definitely have to go back and spend more time. 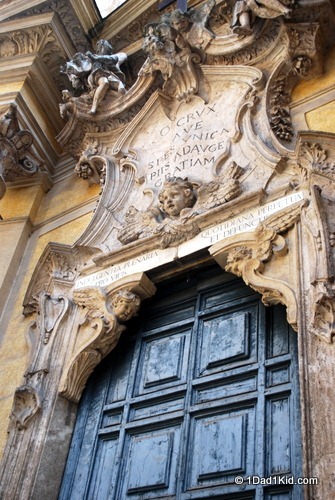 When you’re wondering what to do in Rome when you only have a short time, or even if you have more time, definitely consider this tour. They also have a great tour that covers these highlights as well as the Vatican. Tigger had zero interest in the Vatican, though.