Should You Visit Firenze (Florence)?

For some reason I’ve been quite interested in the Medici family and the events surrounding the papacy of Alexander VI and the brave, and incredibly foolhardy, Friar Savonarola, all of which have ties to Firenze, or Florence as it is known by non-Italians.

When we were visiting Italy, we planned a few days in Perugia. Tigger has wanted to see the leaning tower of Pisa so we decided to add that to the itinerary. When I noticed Firenze was on the way, there was no question we would be spending at least a few days there. 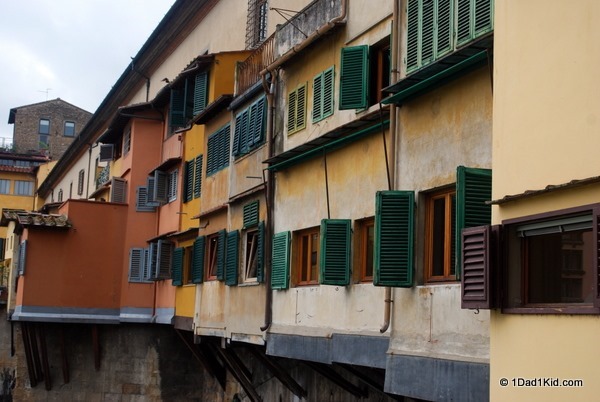 Over the years, I’ve received a lot of mixed feedback about the ancient city. Most people told me they felt it was overrated, too crowded, and too touristy. Some even said it wasn’t “Italian enough.”

I went anyway because I wanted to see the David statue and the Duomo especially but also some of the buildings related to the Medici family and the Bonfire of the Vanities.

We got an Airbnb place outside the touristic center but still within a close walking distance of the major sites. I didn’t feel it was all that crowded until we entered the Piazza del Duomo. Even in the off season, it was very crowded with tourists. I can only imagine what it would be like in summer, and there’s no way I’d want to be there for that.

However, the main tourist swarm is located here and at the Palazzo and Ponte Vecchio. Whenever we were away from these areas, we didn’t encounter near the level of crowds. 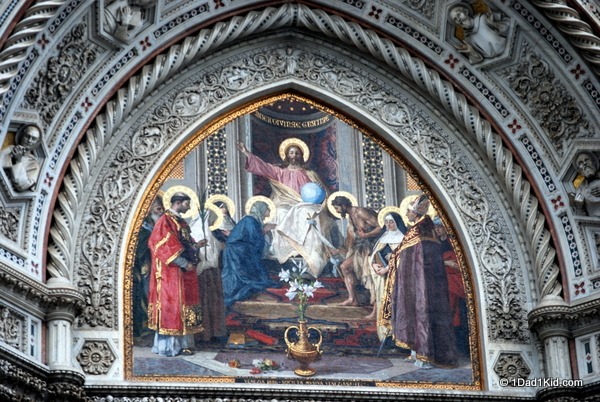 One of the things I loved most about walking around the historic area was how you would be in these narrow streets with the very old buildings and suddenly you’d find yourself in a plaza with a gorgeous church. Two memorable occasions were when I stumbled upon the Basilica of Santa Maria Novella and at the Basilica of Santa Croce. Each time I rounded the corner and had to stop in my tracks upon seeing the churches.

To me Firenze’s real charm is found in its streets. These little surprises are everywhere, and it makes exploring exciting. 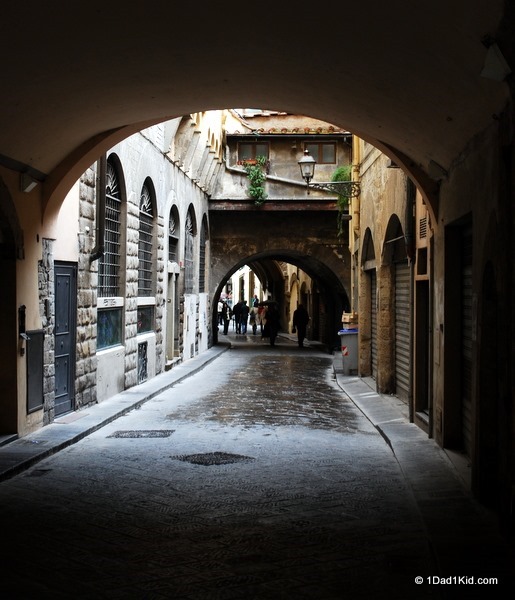 We were able to see a few spots and learn more about them on our tour with Walks of Italy. During the walking tour we learned about things, like the Medici coat of arms, that helped me identify other interesting sights when we explored on our own later. We also got some insight into local traditions and lore that were quite fascinating.

For instance, you will see lots of paintings of Mary as you walk among the labyrinthine streets. I figured it was just because they were religious, but it turns out these were placed in areas that might not be so secure. It was assumed that people would be less inclined to commit crimes against others while Mary was watching over them. 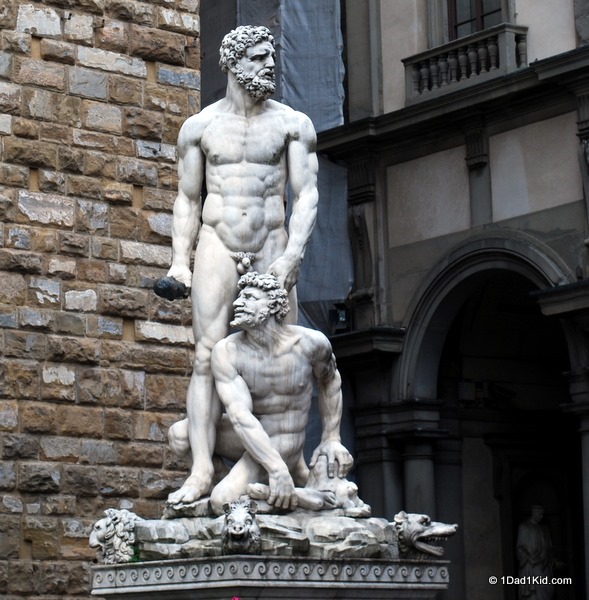 And, of course, our guide made sure to show us the exact spot where the Bonfire of the Vanities, and Savonarola’s subsequent execution, took place.

I loved Firenze even more when we crossed the river to explore that side. The churches weren’t as ornate, but the plaza life was even more interesting. It was a much better insight into daily Florentine life.

We stayed there for 3 days, but I quickly regretted we didn’t have more time. I’ll be going back for sure.

So should you visit Firenze? I’d heartily say yes! Although, you may want to skip it in the summer (and this November when the Pope visits).

Have you been? Which are your favorite spots?