Traveling from the Netherlands to the UK via the Stena Ferry

We recently spent some time in the Netherlands. When I was looking at options for traveling from there to the UK for our next house sit, the ferry came up as an option. The Stena line was the cheapest by far and was only an hour’s drive from where we would be staying.

It is much cheaper than traveling by plane, although the journey does take longer. The flight can be as fast as 50 minutes (between Amsterdam and Norwich) while the ferry crossing lasts about 7 hours. Although, the Stena ferry can be more than 10 times cheaper (and that’s before you add extra airline fees such as checked baggage) which is a very significant difference. We paid £51 total (about $65 USD; excluding the cabin) for the two of us.

Since we weren’t pressed for time, this was an easy decision. 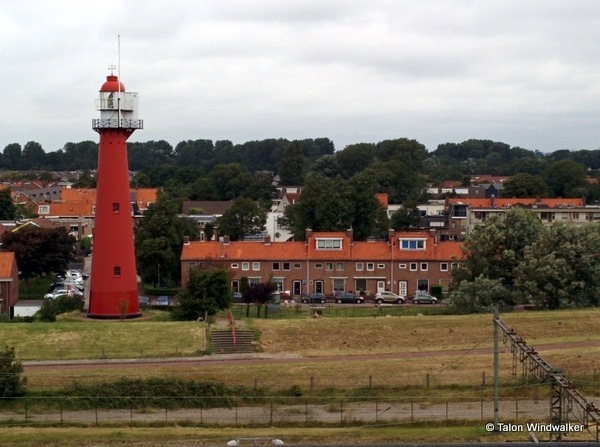 When we first boarded the ferry, Tigger’s comment was “Fancy shmancy! Are you sure this isn’t a cruise ship?”

The ferry has various lounges both indoors and outdoors. In addition to the general sitting areas there are: 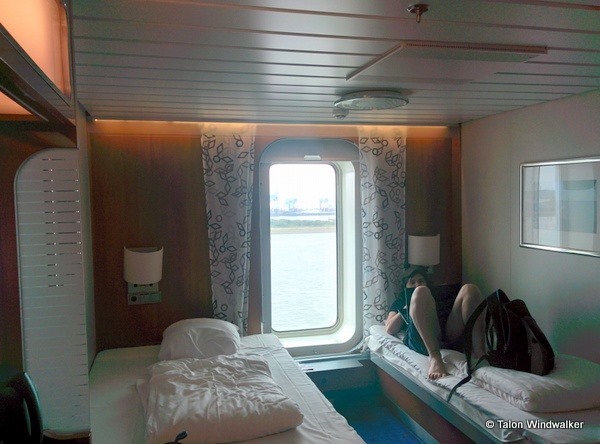 They have various cabins. They start with a basic interior (no window) two-person berth and go up from there. We chose the comfort 2-person berth. This level was 64€ and included complimentary beverages (including wine and beer, teas and coffee, etc.), snacks, and came with one twin bed and one queen (which is a full-size bed in the US) bed. The beds were extremely comfortable. We had an ocean view, and the cabin also included a small sitting area, electric kettle, and en suite bathroom with a shower. Linens, including towels, and shampoo/body wash were provided. There is also a TV with several English-language satellite channels available.

I figured for a 7-hour trip, I’d rather have the comfort of a private space where we could just relax, and it was absolutely worth it. I enjoyed a nice hot shower with great water pressure followed by a luxurious nap.

We went into the public areas a couple of times, and I loved being able to retreat to our room to escape all the people and noise.

We had some pretty good food on board, and I was surprised at the reasonable prices (in the 5-8€ range for a large portion of food). I expected they would charge quite a bit more for the convenience factor, but their prices were actually lower than most of the restaurants on the mainland in the Netherlands.

For night crossings, they serve a breakfast buffet in the morning.

You can also bring your own food on board.  I didn’t see a microwave for public use, but there were plenty of people who had ice boxes, etc., with their food and drinks. 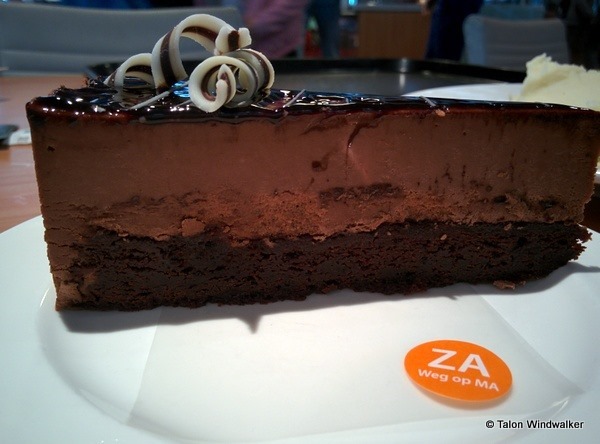 There is no charge to check baggage, and you aren’t restricted to the number of bags you can check which is nice.

Check-in was super easy. I purchased our tickets for the Stena ferry via Direct Ferries, which is a comparison site. Their prices were cheaper. If you aren’t purchasing a ferry plus train package, then you get an electronic ticket and don’t have to print out anything. For rail service, you’ll have to print out your tickets.

Border control is right after the check-in desk, and everything moves pretty quickly.

The above site only offers you an upgrade to the captain level cabins. If you don’t want that level of upgrade, just wait until you board. Go straight to the Guest Services area (not hard to find) and you’ll easily see the area for getting a cabin.

If you do a night crossing, then a cabin is cheaper accommodation than a hotel.

There is an ATM which dispenses both euros and pounds. On this route, all prices are in euros, but they will accept pounds as payment. There is also a currency exchange if you require that. I used my US-based debit card to make payments on board and had zero issues.

Rail service is located at both ports, so it’s very easy to get to and from the ports in both countries. There is bus service as well.

The port on the Netherlands side is really close to Rotterdam, which is a really cool city, so you may want to plan to spend some time there.

As mentioned previously, there is a package deal that enables you to pay for your rail and ferry tickets at a better price. It’s also known as the Dutchflyer service.

Taking the ferry was really a wonderful experience, and I wouldn’t hesitate to travel that way again. We both really enjoyed it.

Have you taken the Hook of Holland to Harwich ferry with Stena or another ship? What was your experience?