Our Time in Luxembourg

I’ve always been curious about this relatively small country in Europe. It isn’t a place you read a lot about, which is part of what intrigued me. We were invited by the Grand Duchy to take part in a press trip, and our brief time in Luxembourg was really great. It’s definitely a place I want to return to explore more. 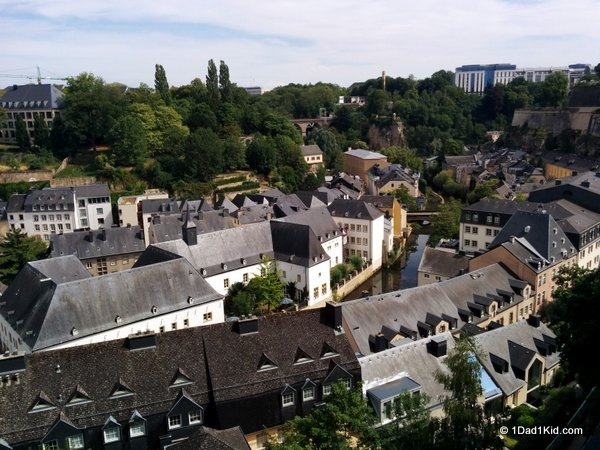 We took the train from Rouen to Luxembourg City which was pretty comfortable. As we left the train station and headed to our hotel, I was immediately struck by how clean the city was. Granted, the capital isn’t as huge of a metropolis as Paris, but it’s still a bit rare to see such an orderly larger city.

Luxembourg City is a wonderful blend of old and modern. One can stand on a structure dating back to the 10th century while gazing upon medieval buildings below and the sun reflecting off the glass from modern buildings on the hill. The Grand Duchy has done a fantastic job of preserving the structures from its Roman and medieval heritage. As the city is very walkable, you can see a lot just by walking around.

In the valley, there is a beautiful river walk that is even more gorgeous when the wild flowers and gardens are in full bloom. I would love to come back in the fall to see all the colors. It has to be a breathtaking sight. 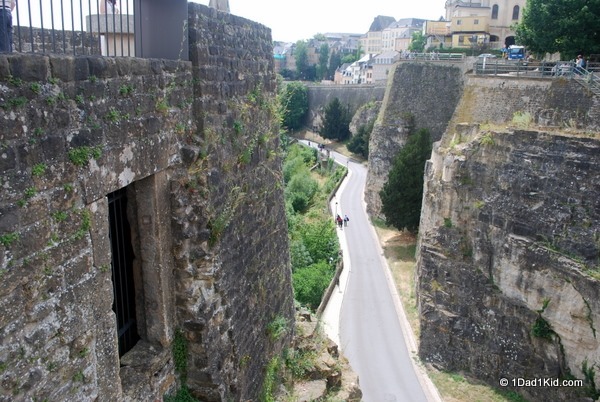 Luxembourg is a multicultural and multilingual country. Children grow up speaking Luxembourgish, German, and French. In the capital, you’d be hard pressed to find someone who didn’t also speak English and possibly some other languages. We met plenty of locals who speak 5 languages.

It’s rather fun sitting around listening to people switching fluidly between languages. I was quite impressed.

We were given the Luxembourg Card to use. Usually I don’t find these cards to be very helpful for our travel style, but this one was a great exception. In addition to free admission to over 70 museums and attractions, you can also travel on all the buses and trains that are part of the national system. The best part is the card works for the whole country.  While we were in Luxembourg, we also traveled to Clervaux in the Ardennes. We used the wonderful rail system to get there and back, and all we had to do was show the conductor our card.

The other thing that I really liked about the card was that you could choose the dates for the multiday cards. Usually, a 3-day card expires 72 hours after it is validated. However, with this card you can list the various dates you want the card to be valid which helps you really maximize the benefits.

They also offer a family card which is good for 2-5 people. A 3-day individual card is only 28€ which is extremely affordable.

The public transportation system in the capital is absolutely wonderful and easy to use, but even in the small town of Clervaux the buses were plentiful and easy to navigate.

There is a great phone app for looking up bus and train times. It was pretty easy to find WiFi. Almost every cafe, bar, restaurant, etc., offered WiFi.

So many places are great to travel with kids, but I think Luxembourg is exceptionally good as a family travel destination. It isn’t nearly as crowded in summer as many other parts of Europe, yet it has an absolutely wonderful infrastructure. The city is extremely safe and easy to get around. Drivers are very respectful of the traffic laws, so you can cross the street in a crosswalk without concern.

We were in many places that had children running around making noise, and no one made any fuss about it. When Tigger started climbing walls and walking on the edges of bridges (I get regular cardiac stress tests thanks to his antics), no one yelled at him to get down. There were gasps and horrified stares, including from people in our group, but that was the worst of it.

It’s also a very comfortable place. It just has a great, relaxed vibe. Even in the capital.

In the Ardennes, we saw some great campgrounds. I can easily see returning in another summer for this activity. There is just so much beauty all around you!

The capital has a lot of events in the summertime in particular that are perfect for families. I got the distinct impression that Luxembourg loves families. 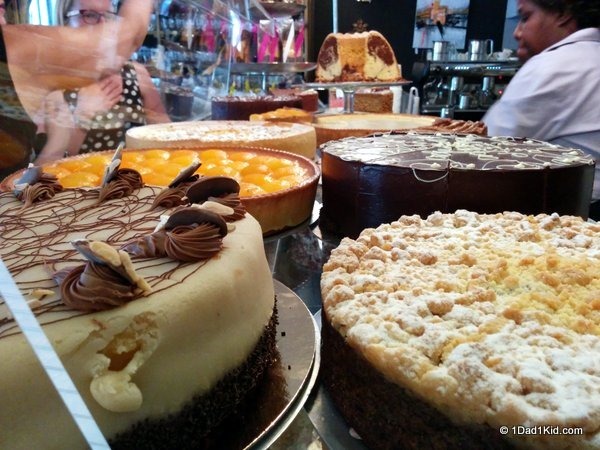 Some Stand-Outs for Your Time in Luxembourg

In the capital, I highly recommend you stop at the Chocolate House across from the Grand Ducal Palace. We ate lunch there, and the food was quite good. Of course, you have to try their unique hot chocolate offerings. You get a block of chocolate on a stick as well as a cup of hot milk. You dip the stick in the milk and stir it until you have the chocolate consistency you desire. I had the tiramisu flavor, and I had to resist buying a box full of their various flavors to take home.

You have to try their desserts as well. If you aren’t alone, make sure everyone gets something different so you can share. It’s quite difficult to choose only one item from their bakery. 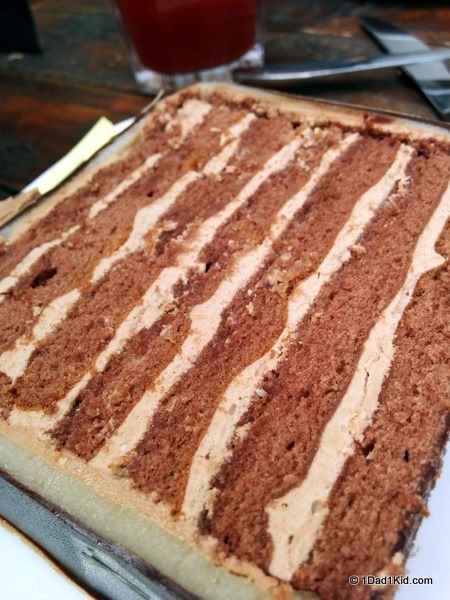 The square known as Place Guillaume is a great place to relax and do some people watching. You’ll probably see various street entertainers as well. We listened to some beautiful music for a while. It’s also great if you want a place for kids to run around while you chill in the shade.

We stayed at the Park Inn by Radisson, and it was a really great experience. Their location is wonderful (less than a 5-minute walk from the train station and in the center of a great shopping and restaurant area), the rooms are very comfortable, breakfast was really good, WiFi was excellent and free throughout the hotel, and staff were wonderful to work with. We enjoyed the experience so much that we now check for their hotels in other locations we’re visiting.

Make sure to spend some time walking through the historic district. Just like Budapest, I found that I had to walk more slowly and make sure to look up frequently to make sure to catch all the beautiful architecture, signs, statues, etc.

As I mentioned above, the river walk is a must-do as well. It’s also a beautiful walk at night. It is well lit, and it’s very safe. There is an elevator at the end of the walk to take you back up to the streets if you don’t wish to climb up 300 steps.

While the capital is worth spending a few days in, I encourage you to get out and see other parts of the country. It’s one of the most beautiful countries we’ve visited, and because of its size you can get around fairly easily without too much hassle.

On Sundays, most shops and restaurants are closed. In the bigger cities, there are still some places open, like a Tesco Express, for example; however, in smaller cities you may need to plan on having some food handy because options will be very limited.

Have you spent time in Luxembourg? What were your favorite areas/memories?

Leave a Reply to Natascha from Westwards Cancel reply