Picking which country to visit in Southeast Asia 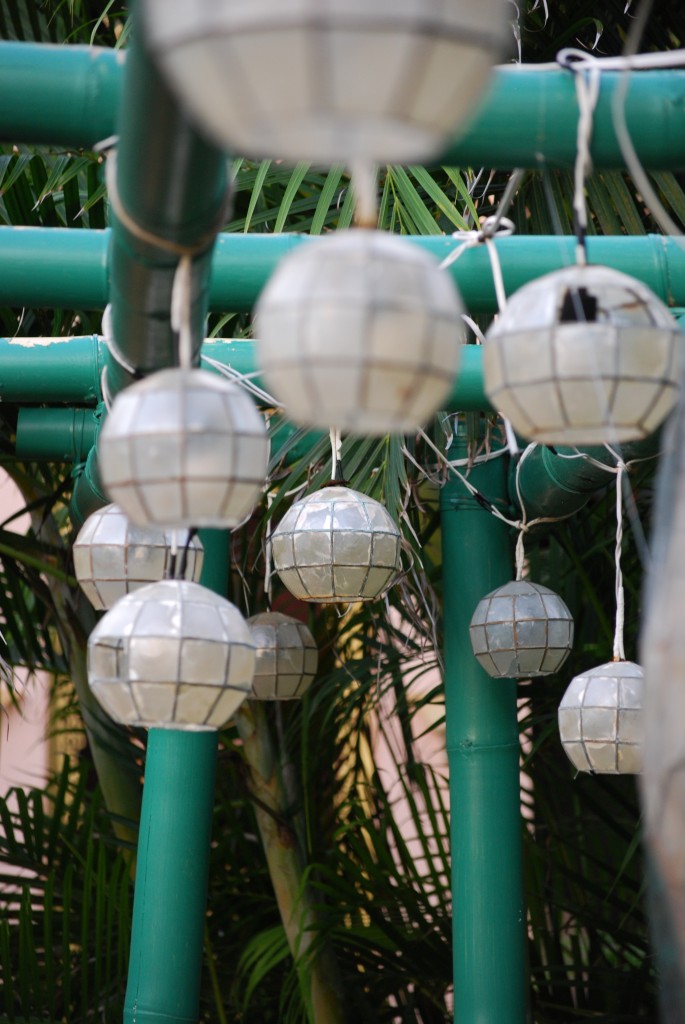 Southeast Asia is quite a popular place for travelers from all over the world. With exotic locales, customs, and foods, not to mention low prices, it’s really no surprise so many people want to explore this region. Here are some thoughts to help you decide if your time is limited.

Note: This list doesn’t include every country in the region. 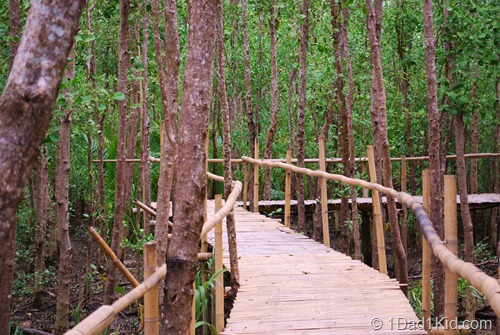 Most people come here, or dream about doing so, because of Angkor Wat. From everything I’ve heard from others, it’s definitely worth the trip. The Killing Fields are also a popular destination for people to learn more about the Khmer Rouge’s treatment of fellow Cambodians.

Getting around the country may be a bit more of an adventure than in a more developed country like its neighbor Thailand, though.

The visa is easy and relatively inexpensive to obtain and can be done at any border crossing. Make sure to read about border scams before heading here overland, though. A popular border with Thailand is well known for its master level of scamming.

Child beggars are a common encounter in this country, and it is advised to not buy the trinkets they sell. Also, do not give them money. It’s hard to see, but you aren’t doing any of them any favors, and a successful experience for them only encourages them to stay out of school.

Generally, I wouldn’t recommend this country as someone’s first exposure to the region, especially if they aren’t an experienced traveler. Once you have some experience with Asia, definitely consider visiting Cambodia.

It seems like most people who visit this island nation only go to Bali. There is so much more to Indonesia than Bali, so I hope more people will consider visiting the other areas as well.

My personal opinion is Jakarta is a place that is better for a very short visit, while other areas of the country deserve much more attention than the visa will likely allow.

Most of Indonesia is Muslim. In fact, it is the largest Muslim country in the world by population. Bali is mostly Hindu, and it can be quite interesting to see the stark contrasts.

Indonesians outside of Jakarta are very friendly and welcoming. They can be in the big city as well, but big city life usually is not as friendly as smaller cities and villages, something that is the case all over the world.

I feel like Indonesia is a bit easier country to visit for those who haven’t spent a lot of time in Southeast Asia previously. It’s easy to find food that doesn’t look as exotic as some of the other countries, although there is plenty of that as well.

The visa process is pretty painless.

This country has a few areas that are highly visited by Westerners, especially young backpackers. The country tends to be much less developed than its neighbors. Laotians, like most SE Asian cultures, are a very welcoming and friendly people.

Once again, you can expect adventurous travel between locations.

If you look at photos of the country, you can see how beautiful it is. I feel like Laos probably is undersold as a destination, but it also is another place I would encourage people to visit only after they’ve had some other experience in the region.

Sometimes potential culture shock is easier to deal with when you slowly remove the peel rather than just rip off the bandage. 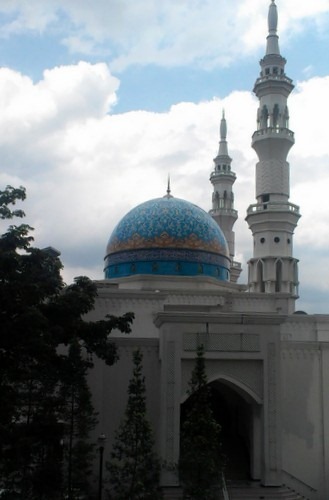 This is one of my favorite countries in the region, and I would put it in the top 3 for less-experienced travelers and/or people without as much experience in Southeast Asia.

One of the lovely things about Malaysia is its visa. Most people will be granted a 90-day visa for free upon arrival. No muss, no fuss. It’s the only country in the region that gives visitors 90 days. And the country is definitely diverse enough to keep you interested for much longer.

Malaysia is a developing country, but the big city of Kuala Lumpur feels quite developed. Getting around the country is easy and comfortable. There are buses, ferries, and trains; however, it can also be quite inexpensive to fly around the country.

This country makes it easy for you to visit and explore, and that’s something I love.

The primary cultural groups are Malay, Chinese, and Tamil. This diversity of culture also means a great diversity of food as well as a very large portion of English speakers.

KL is a major transportation hub which adds to its value as a destination. 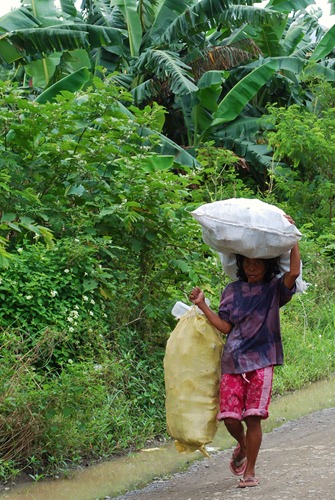 Another country in the top 3 for the first-time Asian experience. When I was first planning on visiting this country, I was surprised to discover that is the third largest English-speaking country in the world. This makes traveling in the country quite easy, and their friendliness will probably make you want to stay.

Filipino food has a lot of Spanish influence, but it’s still very unique in a lot of ways. Filipino cuisine is probably less “scary” looking to novice travelers than some of the other foods you’ll find in the region.

The Filipino people are some of the friendliest in the world. In fact, I’ve yet to find a more friendly group of people than in the Philippines. They have such a joyous spirit, an infectious smile, and a true understanding of what it’s like to live as a community.

With over 7000 islands, there is plenty to do and see. This is one of my favorite countries, so I hope you’ll plan on visiting.

No advance visa is required, and it’s fairly easy to extend your visa when you decide to stay longer. Trust me, you’ll consider it.

The Land of Smiles holds the other spot in the top 3 for easiness. While still exotic in many ways, Thailand just kind of embraces you when you arrive. Thais are very friendly, welcoming, and quick to smile. When you enter a shop, you will be warmly greeted, and it will happen again when you leave.

Thai food is probably my favorite cuisine. The combination of flavors is exquisite. Thailand is definitely heaven for street food aficionados, as well as those people who pride themselves on being thrifty.

It is an easy culture to adapt to, and because of its popularity (over 26.7 million visitors in 2013) as a destination you’ll find plenty of English speakers.

Thailand is also one of the top countries for medical tourism, so people needing medical care or who are worried about its availability should feel quite comfortable coming here.

Also rare compared to most of its neighbors, a 30-day visa is free upon arrival.

Comfortable buses, ferries, and trains are available for traveling around the country. It’s also fairly easy to find cheap flights for both domestic and international travel. 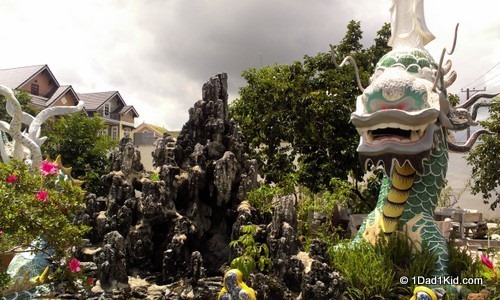 As much as I love the Philippines, this country is my favorite in the region. I love the people (although not so much in Hanoi), the food, and the culture. As far as I’m concerned, this is a must-visit country in the region. Even though the visa is expensive by SE Asian standards, the country itself is quite inexpensive.

Unless you’re flying into the country, you’ll need a visa in advance. The visa on arrival is available if you’re arriving by plane; however, you will need to get an approval letter before you arrive.

As with other countries in this region, it’s fairly easy to get around. Buses and trains are fairly comfortable, and there are some low-cost airlines to make it even easier. Sometimes it’s cheaper to fly than to take the train or bus, so make sure to check that out when you’re moving about the country.

I will say, however, that the overnight trains are nowhere as comfortable as the ones in Thailand. You can expect a much more rustic ride in Vietnam.

This is definitely a country that can be overwhelming for people who are not experienced travelers, so I would not recommend it as a first-visit country.

When visiting Saigon, try to get lodging outside the backpacker zone. Just driving through that area was enough to make me want to stay far away from it.

If you’re the type of person who is afraid to order food because you aren’t quite sure what’s in it, Vietnam has your back. There is no effort to hide what you’re eating. The food is incredibly delicious, and in the central and south regions you can expect lots of fresh greens. 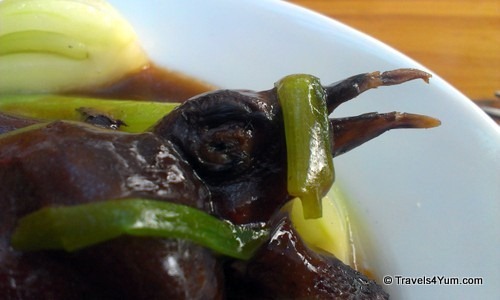 Countries to not miss

What are your favorite things about visiting Southeast Asia?