Thoughts of an American in Vietnam on Liberation Day

Home » Musings » Thoughts of an American in Vietnam on Liberation Day

I was a bit afraid to come to Vietnam. No, I wasn’t worried about being an American in Vietnam. It just seemed like there were plenty of horror stories occasionally mixed in with the “It’s an interesting place” vague ones.

Okay, yes I was a little concerned about how I would be received. Not like I expected to be attacked or anything. It’s just. . . 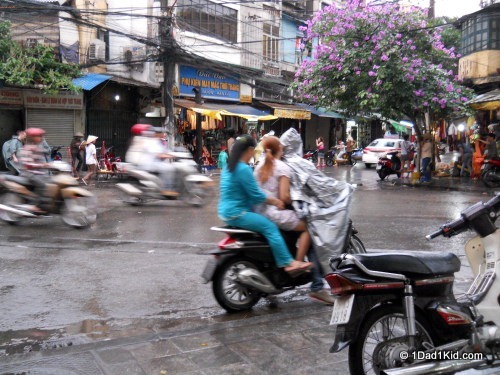 Even though I was very young during the Vietnam War, it was still something I grew up with. By the time I was old enough to understand anything in particular, I was trying to figure out the continuing debate. Vietnam was blamed for a lot of things, including being offered up as a reason why my biological . . . paternal unit allegedly abandoned me and wanted nothing to do with the woman who gave birth to me.

We learned only a little about the war in school. Generally, the focus was on major battles, the draft, how evil the Viet Cong were, American deaths, the life of POWs, and how vets were treated upon their return.

School ignored the plight of the Vietnamese people, a population that is compromised of 54 ethnic groups.

By the time I was in my teens, the war was in the background except for the occasional disturbing movie. Although racism against Vietnamese, Cambodians, and Laotians (all lumped in together) still was rampant among my peers. I ended up on the unexpected side of it when my first teenage girlfriend happened to be Vietnamese.

Our relationship was a very brief one because of reactions from her friends and her family. Her family still had fresh memories of what they had fled. They also had not been treated well by people with the same skin color as myself. And mixing races was still not “kosher” in many cultural groups.

Growing up during the Cold War also programmed me heavily to have a healthy fear of communist governments. Visiting Cuba helped me feel more at ease, but I’m still a bit nervous when entering a communist-run country. Don’t you just love brainwashing? 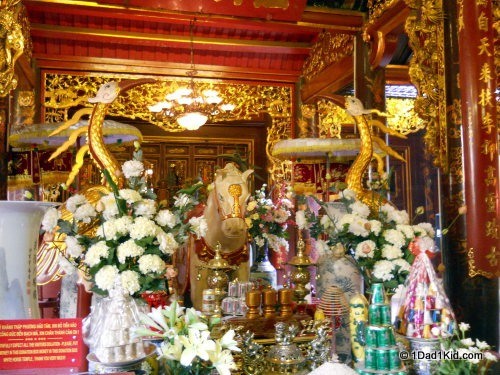 Later on in life I had the opportunity to work with several Vietnam vets both in the hospital and in hospice. It was the latter environment that introduced me to more of the dark realities behind the cleansed version we were treated to in school.

I will never forget one man who could not face his internal demons more completely before he lost the ability to communicate. The things he had done and seen left him writhing in emotional agony during his final days. We did everything we could to address his distress. His agony was so extreme that finally many of us on the team begged our doctor to apply palliative sedation. It was the only way we could provide him some peace.

I would eventually be connected with my paternal unit and his side of the family. He had served two tours in Vietnam, and an uncle had served as well. The PU had been in the Navy and Air Force, so he did not have the experiences that those on the ground have shared.

Shortly before he took his own life, he had sent me some of the chapters from the memoirs he was working on. The darkness he shared from his experiences was powerful but still very limited compared to that of my former patients. 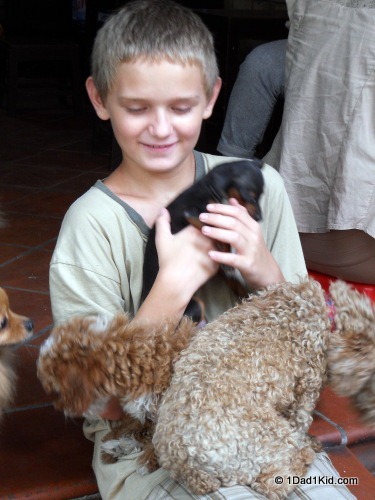 I was curious, but I still wondered about coming to Vietnam.

Aside from all the bad things I heard from fellow travelers, I wanted to see the country that had figured so prominently in my life and had left such a dark stain in my country’s history. I was curious to see what had changed. I also love living in and exploring less-developed countries, and Vietnam definitely falls under that umbrella.

As we prepared to come here, I wondered if I should claim another country’s citizenship when asked by locals in the street. How would they respond to an American in Vietnam?

Especially now! Our arrival has coincided with the 38th anniversary of the Fall of Saigon (also known as the Liberation of Saigon), the day that the last remaining Americans (and other anti-communism forces) were driven out of Vietnam.

So how is Liberation Day celebrated?

Well, if it weren’t for the pretty decorations and the red flags & banners flying everywhere, you probably wouldn’t know it’s a holiday. In speaking with some locals, it seems the holiday is celebrated by travel. That’s pretty much it.

No fireworks. No wild partying. No tanks parading down the main street.

I was surprised until I learned that between 65-75% of the population was born after the Fall. While it is part of their history, the majority of the population did not grow up during those days and is more removed from it. Most of the monuments we saw in Hanoi were dedicated to independence from France in the mid-40s. The infamous Hanoi Hilton itself is mostly office buildings and apartments now.  Only the gatehouse remains as a museum.

Do the Vietnamese care that we’re American?

When I respond I’m from the US, they don’t even blink. “You buy hat?”

Yes, I feel kind of stupid. I don’t completely understand my war-based fears considering I’ve traveled enough to know better. Yet, there they were, stirring quietly in the back of my mind. Even when waiting for our passports to be returned with our visas, I expected at least questions.

All I got was: “Two people? 90 dollar.” I handed him a crisp one hundred-dollar bill, and he unceremoniously handed me our passports and change before moving on to the next person in line.

I could easily beat myself up for my naivete and silliness, but instead I’ll focus on the positive—I came anyway. I didn’t let fear, doubt, or other people’s experiences stop me from having my own.

Sure, Hanoi is horribly noisy and chaotic. It doesn’t feel as safe as other places I’ve been. The food isn’t as good as Thailand or Malaysia. Most of the people in Hanoi are the opposite of the friendly Thais and Malaysians we’ve encountered over the last few months. Crossing the street is an exercise in overcoming fear, using intuition, and is a good exercise for peripheral vision. Walking down the sidewalks is, as someone else described, a full contact sport.

Now we’re in Dalat where the temperatures are cooler, the city is more relaxed, and the people are much more friendly.

So, how is it being an American in Vietnam?

I’m in love with it.

Have you ever been nervous about going somewhere? Where was it? How did you handle it?