Where the French Kings Sleep

Just outside of Paris is the community of Saint-Denis, and just a short walk from the RER station is the amazing Basilique Saint-Denis. It may not be much to look at on the outside, but really not many cathedrals are as exquisitely adorned on the exterior as their interior. What’s so special about this one? Most of the kings and queens of France (all but 3), including as far back as Clovis I (5th century) are entombed here, and it’s really quite a sight to see. This is where the French kings sleep.

Even if you feel cathedraled out (yes it is indeed a word even if I just made it up), this one is worth spending some time in, and you’ll get to see a different side of France than its metropolitan neighbor.

As is usually the case, this cathedral is an active site of worship, so if Mass is occurring during your visit, please be respectful of your noise level. They may also post signs asking you not to use flash during Mass. When I was there it seemed to depend where in the chapel you were in relation to the pews and altar. Also notable is the admission price: Free. I always like that price.

Getting to Saint-Denis is very easy. It’s about 9 km north of Paris and is serviced by both the metro (line 13) and the RER (B and D), as well as the RATP. The metro stop puts you right there, but I really enjoyed the walk from the RER, especially after having been in Paris for almost a week.

There are informative signs in front of some of the sarcophagi, and all of them inform you who is ensconced within the stone casket. If you’ve studied medieval art or anything about history, it can be fun to test yourself on the century of the resident based on its decor. You will also find some signs to help you decipher some of the symbolism. It pays to look around, though, even if you aren’t fascinated by the ornate stone walls and pillars, because some of the signs are next to the sarcophagi and others are on walls behind, next to, or above them. 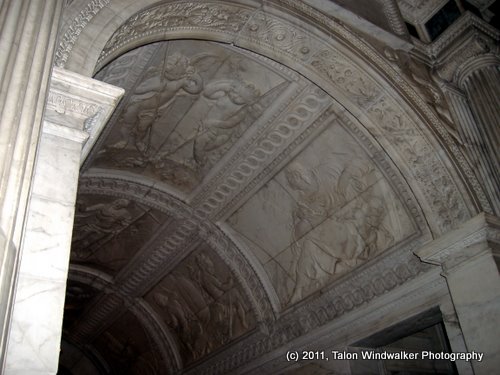 Exploring the basilica during a Mass is even more enjoyable, in spite of the caution you have to employ to not disturb the worshippers. It adds to feel of the place having the prayers & music as background as you imagine the ancient ceremonies that took place in this building marking the location of the burial of one of France’s patron saints. 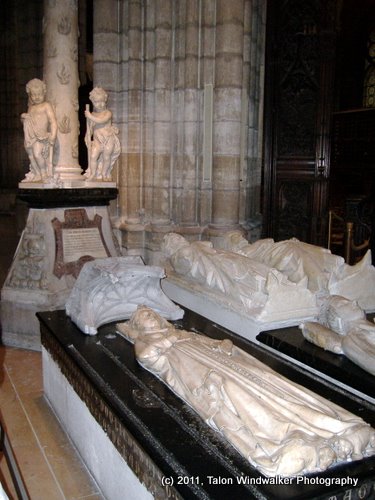 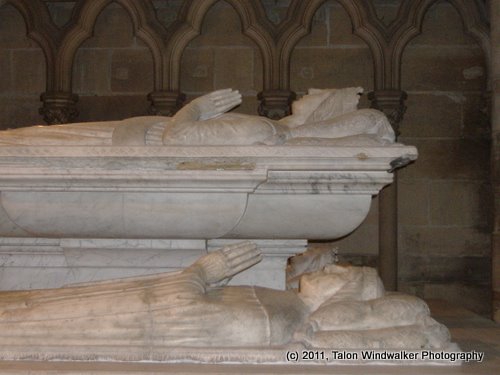 Don’t just come to this suburb for the basilica, though. There are quite a bit of old & modern sights to see and experience. If you’re a big football (as in soccer) or rugby fan, check and see if there is a game going on in the national stadium located here, and maybe you can really expand your visit. Concerts are also often held there.

Just one word of caution, however. Even though  the town pales in comparison to the sheer size and number of citizens of Paris, reportedly it has more petty crime per capita. So you might need to be a little more careful than you are even in Paris.  I had no issues, but then again I’m a big guy who knows who to “give the look.”

One of my favorite things about Europe is how it melds ancient & modern life. If you don’t mind being a little further from the City of Love, this suburb also offers much cheaper lodging options. Next time you’re near Paris, check it out and see what it has in store for you.