A Different Taste of Firenze

Italy is well known for its food. Firenze, or Florence, is a popular destination for its wonderful sights and its history. While there are plenty of places to sample Tuscan fare, a food tour will not only give you some nice exposure to the culture of the area, but you’ll also get some insight into local culture that you might not get otherwise.

Walks of Italy hosted us on on their Florence food tour, and I knew we were in for a treat when our guide announced “We’ll be having wine for breakfast.” 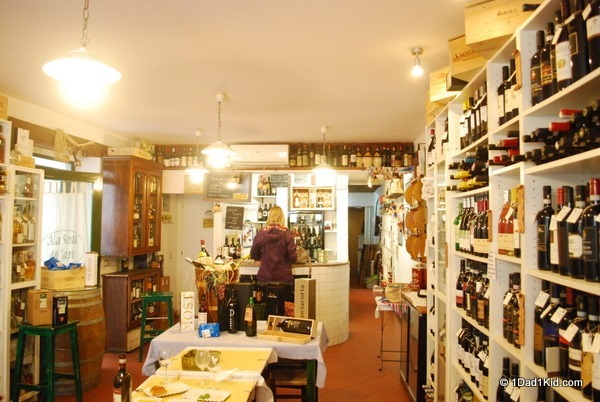 We visited a local wine shop that is bringing back an old tradition. Aged wine is more expensive and certainly has its advantages, but there is also something to say for wine that hasn’t been aged as long.

This shop sells unaged local wines, and you can fill your own bottles right from the vat for a very low price.

Unaged wine doesn’t have a full body, but that also means it’s quite refreshing. Just perfect for a refreshing drink and cheap enough to enjoy as a daily drink.

Along with the trials of the various wines available, they served up quite a spread of different types of bruschetta and treats. I tried to pace myself knowing we’d have more stops, but it wasn’t easy.

We also stopped to sample Firenze’s traditional street food. Before you give lampredotto a taste, it’s important to remember that Tuscany is a deeply agricultural-based culture. Therefore, much of its food is considered “peasant” farmer food. When you’re living off the land, you don’t waste animal parts like we do in the US. 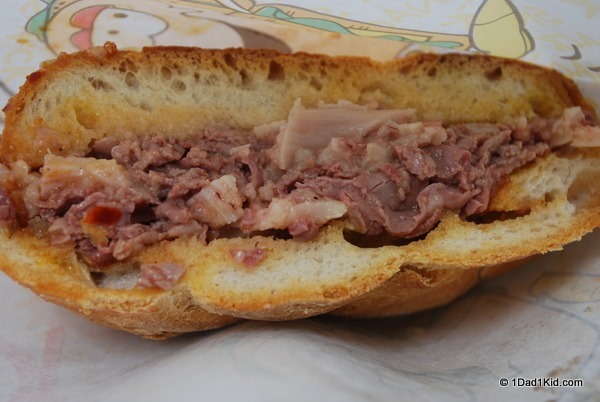 Why does this matter for lampredotto? Well, most people are familiar with the fact that cows basically have four stomachs. Those who are more adventurous or lived in farming areas are probably familiar with tripe, which is mostly commonly the 1st stomach (but can be from the 1st through 3rd stomachs). Lampredotto comes from the 4th stomach which is more glandular and therefore eaten more rarely.

The flavor is . . . an acquired taste. The texture was more of an issue for me than the actual flavor. And it isn’t easy to get rid of the after taste, much like with Iceland’s hákarl. Although not nearly as disgusting memorable.

Lots of Florentines are quite enamored with the stuff, though. This one particular vendor had fairly brisk business.

Being an agricultural area, this also means the fresh markets are quite impressive. We saw so many absolutely luscious and delightful produce. Earlier in our stay, I bought some peaches from a market, and they were the best I’ve ever had.

Juicy, sweet, and without a mushy texture. I miss those peaches! 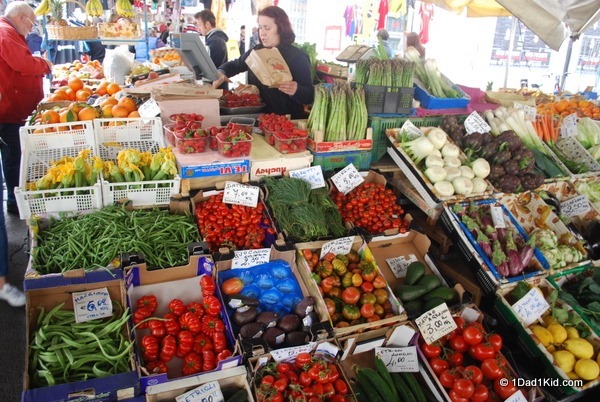 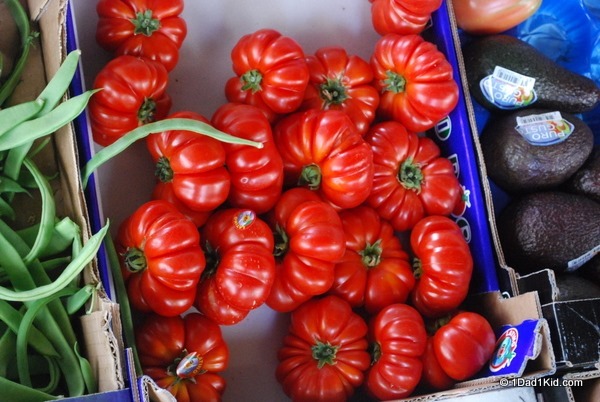 While at the market, we stopped at a cheese and cured meat vendor. Its owner is a former football star, and he’s quite the card. He expertly flirts with every female customer while under the watchful and nonplussed eye of his wife.

Our guide gave us a great education about the different local cheeses, their processing, and we also learned the difference between prosciutto and Parma ham. 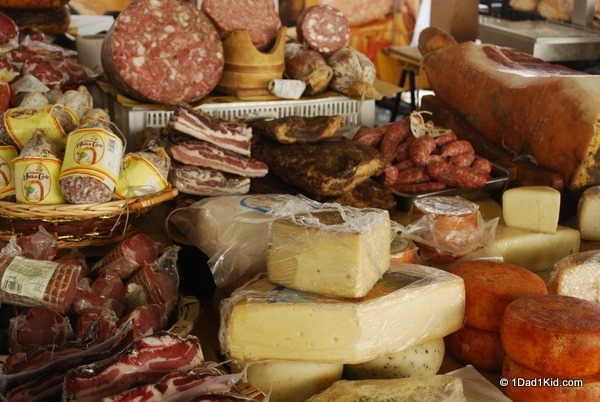 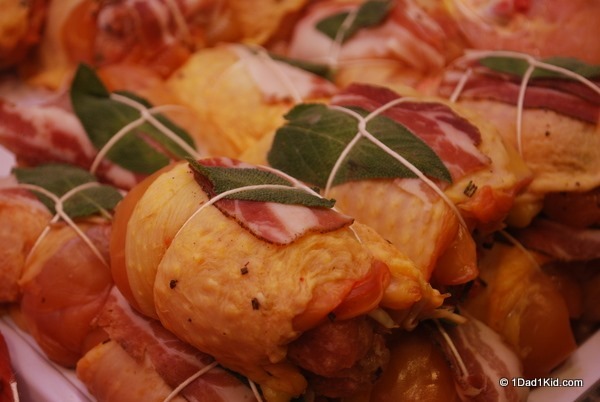 We stopped for lunch at a local haunt that serves food in traditional family style (plates are shared rather than served as individual meals). A large container of house wine is put on the table, and customers pay according to how much they’ve drank. I wonder how many people are surprised when they get the final bill.

The experience is topped off with a visit to a winner of Florence’s esteemed best gelato award. The gelato is freshly made from ingredients he finds that morning in the market. It doesn’t get much fresher than that!

He’s very creative with his ingredients and always trying new things. After having some of his product, I’m absolutely not surprised he won the top prize.

Aside from the great food on this tour, my favorite part was visiting places that the typical tourist would probably never see or experience. These aren’t tourist haunts. You go, eat, and drink where the locals visit in Firenze.

And you definitely don’t want to eat anything before you go on this tour!

Do you do foor tours when you travel? Which was your favorite?