Well, hello there, Serbia! Aren’t you a surprise?

Home » Serbia » Well, hello there, Serbia! Aren’t you a surprise?

As part of my curiosity about visiting the Balkans, Serbia was high on the list.  I had a few friends who had visited and really enjoyed Belgrade which piqued my curiosity a bit more. As we were practically next door in Albania and had plans on going to Budapest before heading to France to celebrate my birthday, and the fact that our good friends from The Meanderthals were there, we decided this was a good time to head there.

We started our Serbian experience in the capital of Belgrade. I wasn’t really sure what to expect. I didn’t know how much of the city had been hit by the NATO bombing in the 1990s or how much recovery there would be. At this point, our only real exposure to the Balkans was Romania and Albania, which are in many ways like night and day.

Our friends had arranged for a driver, Miki, to pick us up at the airport. It turns out Miki spent a lot of time in the US. He was a young man when he returned to Serbia and was there during the bombings. As he drove, he gave us a great amount of information about the history of the NATO actions, Yugoslavia, as well as an eyewitness account of those days. (Incidentally, if you are visiting Belgrade, I highly recommend Miki. Feel free to email me for his contact info.)

The first thing about Belgrade that struck me was the large amount of green space and the beauty of its buildings. I expected more grey, tired buildings like we had seen in many parts of Romania, especially Bucharest. Yet, we saw so many structures with lovely architecture.

Miki also showed us some of the buildings that were almost completely destroyed. The former Yugoslav military headquarters is still in use by the Serbian military even though the other half of the building retains the enormous scars of Tomahawk missile strikes. It does not seem there have been any attempts to renovate the building, and I have to wonder if perhaps it is left as is as a reminder of the darker days of the former republic.

We had booked our Airbnb place for a week, but within a couple of days of walking around Belgrade, we extended our stay another 3 weeks. Within 1-2 weeks of living in Belgrade, we both agreed that it had earned a place in our top 5 list of possible long-term bases.

Our apartment was very close to the Church of Saint Sava (Temple Sava), which is one of the largest Orthodox churches, and one of the largest church buildings, in the world. The church construction is funded only by donations, and the inside is still being completed.

The Vračar district where the church is located was our favorite district in the city. It was perfectly located. The church sits within a park that is really enjoyable. It is packed with local families enjoying the outdoors, children running around and playing football (soccer for my fellow Americans), people sitting on the park benches eating ice cream and chatting, and so on. 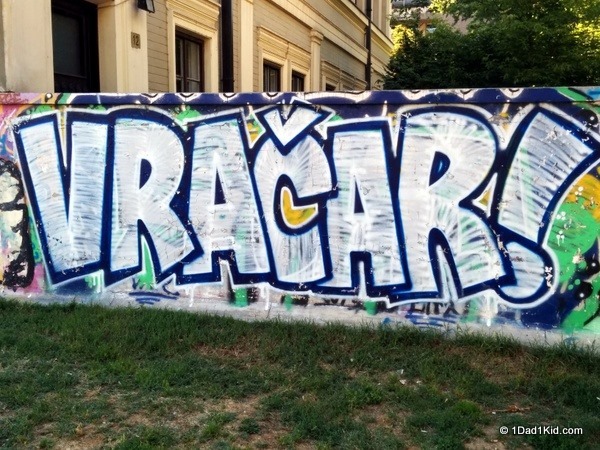 The only real downside was with the public transportation system. They have a fairly robust system, but the only information I could find was in Serbian which made deciphering schedules an extra challenge. Unlike cities of similar size, I couldn’t find anything official online to help with planning or to find timetables. I asked for help in a Facebook group that included locals, and they said there basically weren’t any good options in English.

If you’re using a browser like Chrome that offers translation, the best online resource I could find, and the one recommended by locals, was http://www.planplus.rs/.  They also have a phone app, but again there is no English option.

Taxis are inexpensive, however. Pink Taxi is a very reliable service that tends to be honest with transactions. Additionally, Naxis Taxi is a very good one, and their drivers will accept credit card payment. Another great advantage to this company is that you can tweet them your location to summon a taxi. They’ll respond with the estimated time of arrival and the taxi number.

As mentioned before, we also recommend Miki. He works with Pink Taxi.

We took a taxi across town, and it was about $5 USD. The bus is cheaper, but it’s also more of an adventure. So go with the mode that meets your current mood.

Serbian is most often written with the Cyrillic alphabet, although many signs will also have Latin spellings. It can seem intimidating, but once you pick up some basics it really isn’t that hard to decipher the signs. 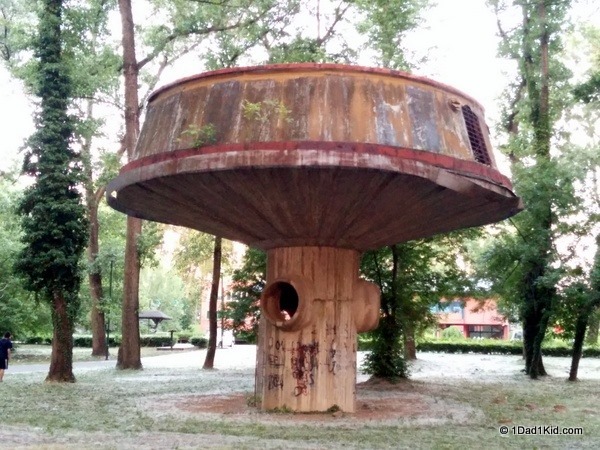 The pedestrian street (Knez Mihailova) isn’t a place I would go to shop or eat as it’s a big tourist zone; however, it is very lively and worth walking through. It also takes you to the local fortress and a huge park (Kalemegdanski). The park also has some gorgeous views.

We also enjoyed Tasmajdan park, but I would definitely encourage a visit to Ada Ciganlija, especially if you’re in Belgrade during warmer weather.

A visit to the Zemun neighborhood is also worth the time. It used to be a completely different city and has a very different personality than the other areas of Belgrade.

We didn’t make it, but other friends recommended the Museum of Yugoslav History/Tito Mausoleum as well as the Nikola Tesla Museum. For the latter, make sure to check out the website for the schedule of English tours (if you don’t speak Serbian). If you visit the museum without being part of a tour, you won’t be able to operate many of the more interesting exhibits. 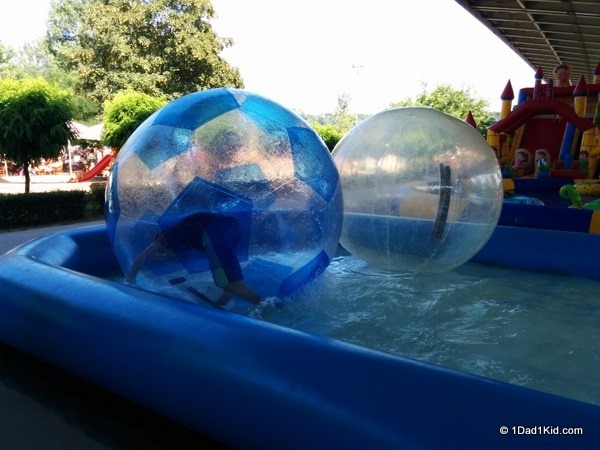 Since we were going to go to Budapest over land, we decided to head to the city of Novi Sad for a few days since it was on the way. I’m so glad we did! We liked Novi Sad even more than Belgrade! The city had such a great vibe. It’s also a very bike-friendly city, and you see plenty of people taking advantage of the designated bicycle lanes all over the city.

We mostly enjoyed walking around our neighborhood, so we didn’t visit the historic section which seemed quite lovely based on photographs I saw. However, one spot we would highly recommend visiting is the very popular location called “The Strand” or just “Strand.”

The Strand is the local beach located on the Danube River, and it is THE spot to visit in Novi Sad. There are plenty of activities for people of all ages. It even has bouncing castles, Zorb water balls, volleyball courts, lots of sandy beach areas, plenty of picnic areas, restaurants, beer gardens, cafes, and so on. Admission is super cheap, and the vendors we checked out all had reasonable prices. The food and drinks they were selling were the same prices that we encountered in other parts of the city. 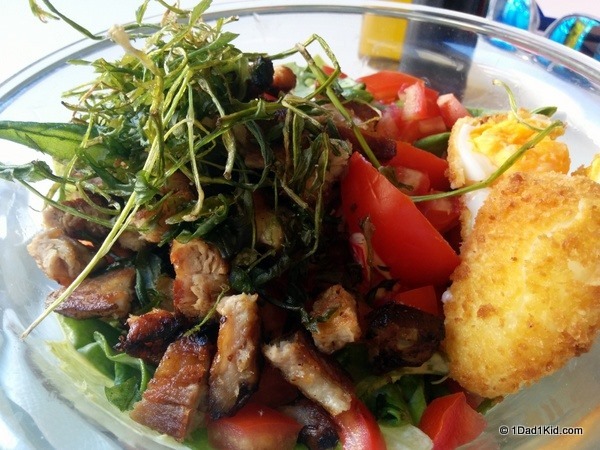 They have a great public transportation system that is much easier to figure out and is quite inexpensive. There is also a public bike rental system (but you will need to get a special card to use it). The city is pretty walkable, and we found the taxis to be very reasonable as well.

If you only have time to visit one place in Serbia, we both would say go here.

If you come here, we highly recommend this Airbnb place. I think Dusan and his family were probably the absolute best hosts we’ve experienced in the last 3 years of using Airbnb. If we hadn’t already reserved our place in Budapest, we would’ve extended our stay. When we return to Novi Sad, he’s our #1 go-to host. (And he didn’t ask for or offer me anything to say this.)

I was really pretty surprised by Serbia and its cities. We found plenty of people who could speak at least a little English, the food was great, the people friendly, and at least these 2 cities had a very inviting feel to them. I really don’t understand why they don’t get more tourism.

Serbia is definitely worth visiting, and we plan on going back and exploring more of this beautiful and wonderful country.

Have you been to Serbia? Which places would you recommend visiting?