For anyone who has been living as an expat or who has been doing long-term travel, the idea of re-entry can be daunting. We had a taste of it a couple of years ago when we briefly returned to the US to see how we felt about using it as our base again. Now we’re going back with the intent of making it our home again, so the feeling is much different.

I reached out to some other families and bloggers who have gone through re-entry and asked for their tips and experiences to not only assist me but to help others who will be dealing with this at some point. 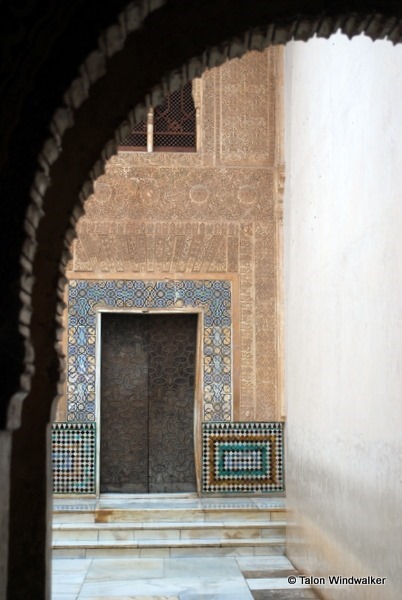 We’ve known Alisa for years. We initially met online in a Facebook group for families doing long-term travel. We ended up being in the same area of Spain for a bit, and so we were able to meet up and spend the day together. She has some really great insights that often get shared on their blog Living Outside of the Box.

Shortly after our meeting in Spain, they announced they were settling down in the US and buying a house.  They’ve been home for a few years now, and she offered some great advice:

“I think the single most determining factor of success with re-entry is a person’s willingness to commit. When you packed up and/or sold everything to start a life of travel, you had to commit yourself fully in order to not second-guess your decision. If you were unwilling to fully commit to the travel lifestyle, it would have led to fear and doubt and a general uncertainty and discomfort!

“When traveling, you learned immediately how important it was to not judge different cultures but instead embraced the changes and grinned through the things that you didn’t love. The same is true when committing to re-entry into a Western/Home society. In order to adapt well to anything new, you must commit and embrace the changes instead of fighting against them. ‘What? They don’t do ______, like they did in ______?  Oh, well, that’s different, but not wrong.’”

“More than anything, I believe our success at re-entry has to do with the fact that we have accepted that no place in the world has 100% everything we want, but we are going to embrace what our new location does have. We didn’t move here and look over our shoulders wondering if there was somewhere else we should be. We did our research, decided it was best, and then leapt in with our eyes open and our attention focused here, and here only! This allowed us to not hesitate in doing all the things that help make our new home our home.”

I saw a lot of value with the commitment part she mentions. In looking at our last foray into life in the US we were definitely not that committed. Like I said, it was more exploratory. It took us a while to readjust to life there, which was to be expected, but instead of focusing on the parts we enjoyed, it was more of a question “Can we handle the parts we don’t like?”

There are definite perks to living in the US. Right now I find myself trying to not dwell on the cons. Mostly because those are the scary parts. I’m definitely working on reinforcing that feeling of commitment, though. I think it makes a huge difference.

She had some additional helpful advice: “Don’t expect things to be the same, and don’t compare them for your own sanity. Don’t feel pressured to incorporate yourself completely into a typical Western lifestyle immediately. You will do things differently from others (or from your former life before you originally left), and that’s okay. Eventually, you may find that some of those differences start disappearing, and you’ll look back at what/who you were when you returned and laugh at some of the things that you were slow to adjust to. You’ll never ever be the same, but you’ll have gained an immense amount of experience that will forever shape your perspective on life and what really matters!” 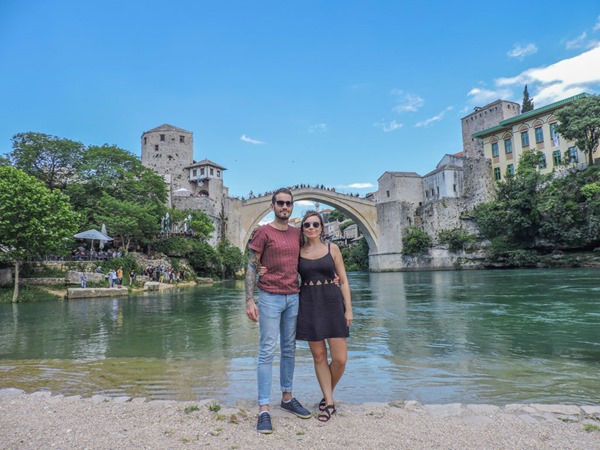 Gemma and Craig left their native Scotland and spent the next 17 months doing long-term travel. It’s a little different when you know for sure you’re coming back, but it’s still a challenge. Here’s what she had to say about their experience with re-entry:

”Craig and I went through various adjustments over the past 17 months moving from South America to North
America. Remembering to flush paper down the toilet made me giggle more than once and telling myself not
say gracias after leaving a shop (in Vancouver anyway) was a frequent occurrence! However, the biggest
adjustments came after the 17-month long-term travel trip was over and we touched down back in Scotland to
a house, dog, and bills. I was, and still am, anxious about the bills part. Have I set them up? Will the direct debit
come out of my account? Do I have enough money in that account? Such a mundane aspect of life to worry about but it’s not something you deal with when you are living from a backpack, contract phone-less, without a
TV bundle, and with no long-term rent to pay!”

I had to laugh when I read this. When thinking about renting a place in the US, I remembered I will probably have to set up and pay monthly for internet. I haven’t had to pay for internet in over five years. It’s been included every place we’ve lived while on the road. In Honduras, we had to prepay for electricity. You just kept an eye on your meter to know when you needed to go put more money on your account. In Mexico, the property manager came by with the bill which was every two months.

Otherwise, we haven’t had to pay for utilities in a long time.

Paul had an interesting experience in that he lived on Boracay in the Philippines for 6 months, returned to the US, and because of his experiences being home he quickly returned to Boracay and stayed for three years. He writes about Boracay on his blog Boracay Compass.

“The first thing I did was meet up with my family who aren’t exactly a positive bunch I’m sorry to say.
There was the usual family fight, and I rode back home in my car, crying. I’m not ashamed to say that I
had lived in peace for six months with just positive people around me, so having a fight as my first
experience back home was a big blow to me. I decided then and there to go back to Boracay, and one month later I was back.

“So in a nutshell, my experience is that your environment can have a huge impact on how you experience
your re-entry.”

I can really relate to Paul’s experience. I didn’t have the negativity to deal with, but during our return we moved around quite a bit. We were in the US for about 3 months, but we were in 7 different places between house sits and staying with friends. By the time we arrived in our final state, we had already pretty much decided we wouldn’t be staying.

It was the first time I had gone to Washington state and didn’t feel like I was coming home.

It’s kind of hard to adjust to being “home” when you’re moving around every week or two. This time when we go back we begin with a house sit for 2-1/2 months. It is in the state we’ve decided to live in. A friend is picking us up from the airport, and another longtime friend lives a very short drive away from our sit. Another friend and her daughter, who live in the city we’re considering moving to, will be joining us for Thanksgiving. We will probably spend Christmas (and perhaps New Year’s Eve) with good friends who recently moved a couple of hours away. She also works in the city we are considering moving to.

One reason we decided to return there is because we have so many friends and family-by-choice living in the same state. We also have a nice mix of people who have done long-term travel and settled down to people who haven’t done the nomadic lifestyle. It’s nice to have a balance as well as to have people close by who get what it’s like to be making the big change. 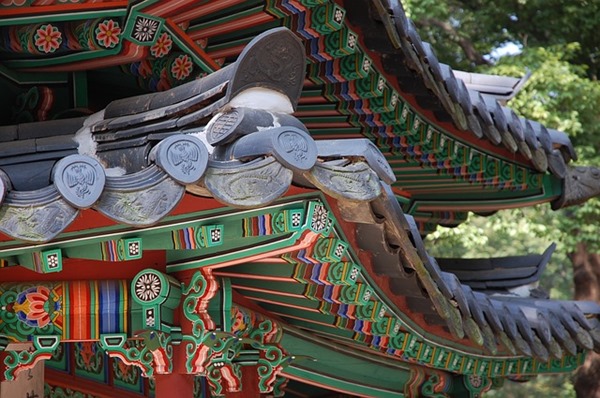 Duke and his wife lived in South Korea for four years. Their first few months after returning home were a bit tough.

“For as many as three months after coming back, I wanted to get out of this place and return to that expat life I knew and loved. One year later, I’m much more satisfied and might even give this ‘normal’ life of living in the US a shot. My advice to anyone returning after a lengthy stint away is this: Embrace the strangeness of coming back and prepare for the reverse culture shock. It’s real and won’t immediately hit you and not all at once.

“People and places have their quirks no matter where you go or end up. Life is really just a series of navigating those strange bits and trying to make sense of it all. Accept it and you’ll be better for it, I say.”

I loved his comment about embracing the strangeness. That definitely describes our last experience. We returned to the US after spending many months in Mexico, so the switch embodied a lot of adjustments. This time we’re returning after a few months in the UK. I think having less of a cultural difference will help.

At least I won’t scare people by accidentally speaking Spanish in the grocery store in the very yuppie area this time. 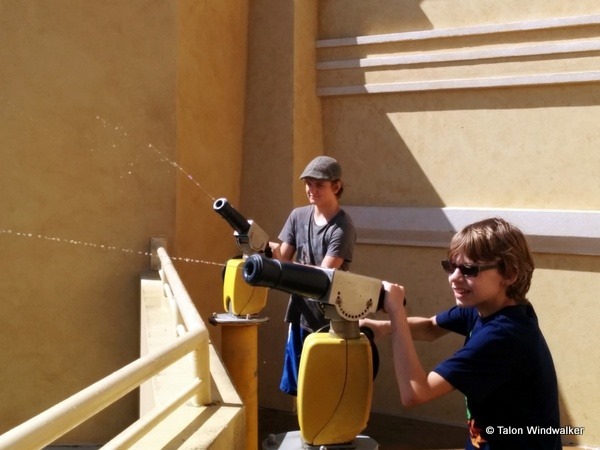 Other Tips for Re-Entry

One piece of advice I’ve seen from a lot of people over the years is to begin planning your next trip. We really won’t be in a position to do that right away. However, local travel is still travel and, as Ainlay advised, you can also explore your home city like a tourist.

Fortunately, our next home city is also new to us. So, while we’re settling in we can be tourists in our own town. Exploring new areas is always fun for me, so I can capture that travel feeling easily. Also, Vancouver (in Canada) is a short trip away, so we can explore there as well until we’re in a place where a bigger trip is more feasible.

Even a weekend getaway can be exciting.

Other people have mentioned cooking favorite dishes from places you’ve visited when you’re feeling nostalgic. This is one reason I love taking cooking classes when we travel. When I’m missing Mexico, I can usually make something that reminds us of being there. Making green curry takes me back to Thailand.

Food is such a powerful reminder.

I don’t know if it will help, but I also think that putting some favorite photos on the walls might be a good idea. Sure, seeing memories may instill a bit of feeling homesick for travel and those areas, but I think having visual reminders of adventures we experienced together could help us as we settle in.

If not, I can take them down.

Do you have any tips on how to make the re-entry process. . . less painful?