If you’ve been following our time in Romania, you know many of the reasons why we love it here and think it would be a good base. I wanted to highlight a bit more about using Romania as a travel base, however.

Romania is in a great location in Europe. While its position being surrounded by other countries wasn’t always a good thing in its past, it offers some advantages in the present day. One of which is being served by many low-cost carriers, including Wizz Air, one of the local favorites. Check out some of the cheap flights with Wizz Air on Fly.co.uk.

This former member of the Soviet Union is another country that is off the typical tourist radar, but it has a lot to offer, especially if you’re a fan of wine. Moldovan wine is quite good and inexpensive. In addition to commercial production, many people have their own vineyards to produce their own vin de casa. Lots of these families have strands and recipes going back many generations.

The Crimean Peninsula along the Black Sea is a popular destination, as are Lviv and Kiev. While Kiev may be considered the center of Ukranian life, Lviv is often referred to being the most Ukrainian city in Ukraine. Another popular spot would be Odessa, the 18th century city founded by Catherine the Great. While there, make sure to check out the optical illusion created by the Potemkin Steps. 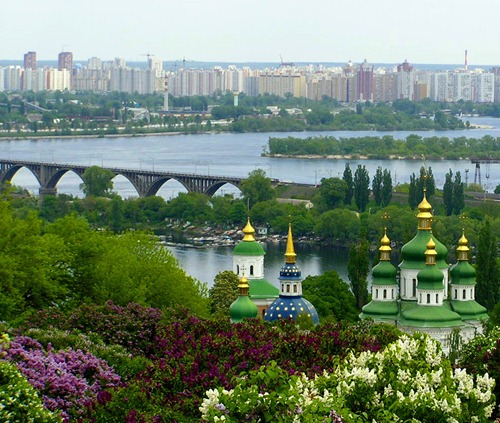 Romania and Hungary used to be part of the same empire, and there are a few cities in Romania with sizable Hungarian populations. In fact, many Transylvanians speak Hungarian as well as Romanian. Budapest is well known for its thermal baths, but did you know there is a railway completely run by children? They even drive the train. If you visit in winter, make sure to try the local palinka. Being at least 50% alcohol, it will warm you right up. It is a Hungarian specialty that is covered by European Union law (has to be processed a certain way, with specific fruits, etc., to officially be called palinka). Just for research purposes, make sure to try the local Romanian palinca so you can compare.

This country has surprised a lot of travelers in a positive way. The country is packed full of historical monuments, like Roman ruins and the birthplace of Constantine the Great. In addition, it has some absolutely breathtaking natural wonders like the Iron Gates of the Danube. The capital city of Belgrade has developed into a very metropolitan city with a lot of culture and a lively nightlife. It’s a city that shouldn’t be missed.

To Romania’s south lies this interesting country. Based on comments from friends, I would highly recommend a stop at Plovdiv. In addition to a great vibe, it has a lot to offer visitors as it is an important economic, transport, cultural, and educational center. It is also the 2nd largest city in the historical international region of Thrace, after Istanbul. It has had many transformations, including time as a Greek and Roman city. Bulgaria’s capital of Sofia is an excellent place to spend time and boasts prices that are similar to the budget-friendly region of Southeast Asia. If you love winter sports, Bulgaria may just be your European winter paradise. Bulgaria has so much to offer that one of my friends ended up buying a home in a village.

This list just includes the countries bordering beautiful Romania. Many other countries are just a short train ride or flight away. The region is generally inexpensive for travel, which is a breath of fresh air after having to empty your bank account quite a bit in Western Europe.

You’ll want to add Romania, and some of her neighbors, to your European itinerary.