Our Time in Bruges

Home » Belgium » Our Time in Bruges

I’ve wanted to visit this medieval city ever since watching the movie In Bruges. I’m pretty sure I’m not alone in having that movie serve as my introduction to this gorgeous town. As it’s a short train ride from Brussels, I decided to go to Bruges while we were there for a house sit.

It was a bit of a tough decision, actually, because many of my friends who had gone there shared that it was like a Belgian Disneyland and very crowded with tourists. Others told me if one went in the afternoon, they would encounter much fewer tourists.

After hemming and hawing, I finally decided that I just couldn’t come to Belgium and not go to Bruges. On weekends, train fares are 50% off, so we decided to go on a Sunday afternoon and hope for the best.

As soon as we got to the medieval part of the city in Bruges, I found myself not caring how touristy it was. Even Tigger really liked it, and she’s a tough critic.

It’s such a romantic place, and I wished we would’ve stayed overnight so I could see it lit up and maybe catch some early morning mists in photos. 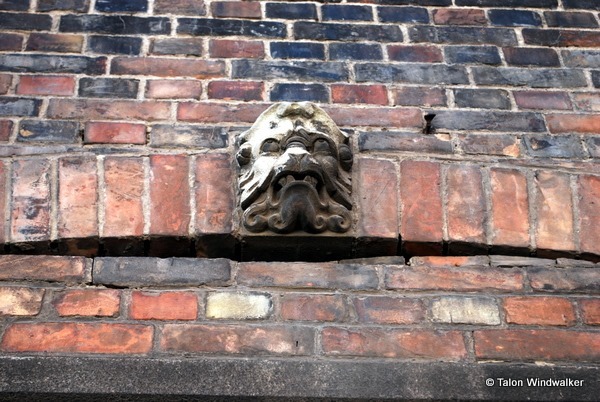 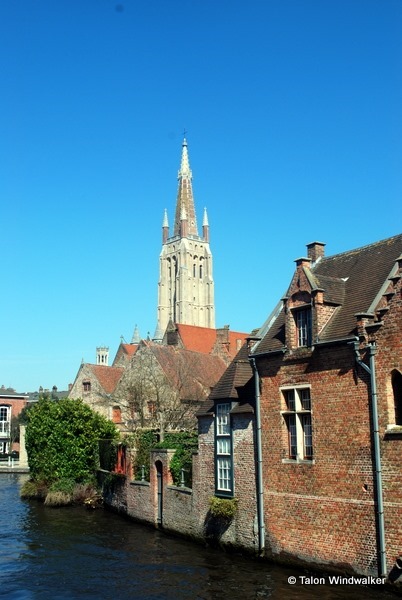 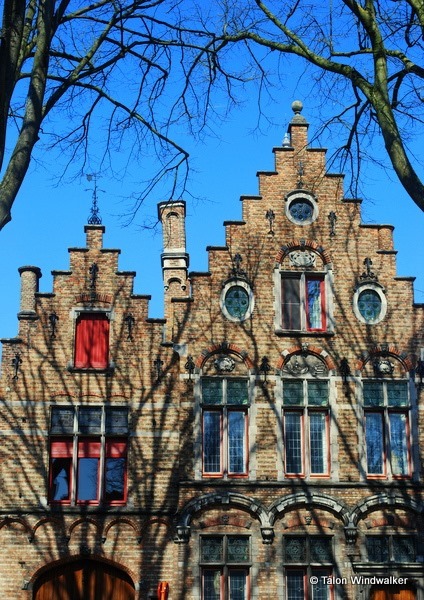 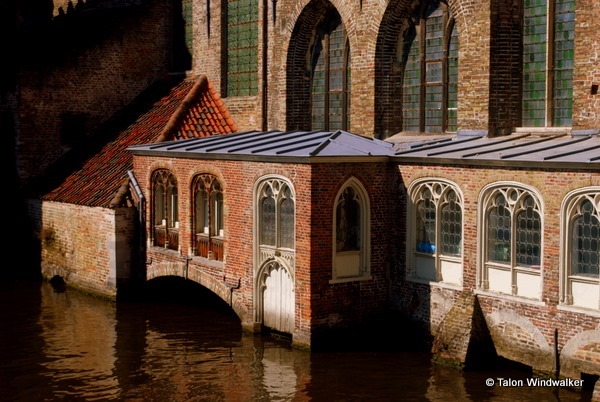 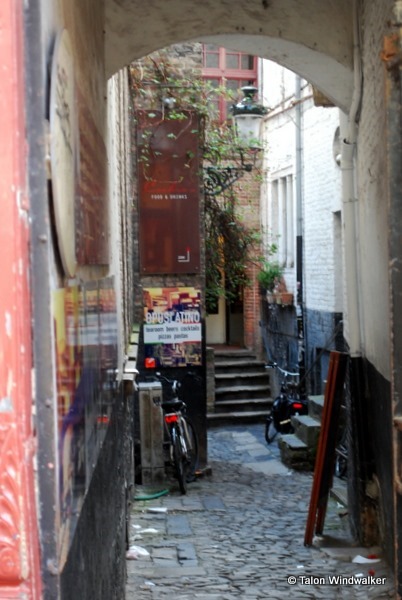 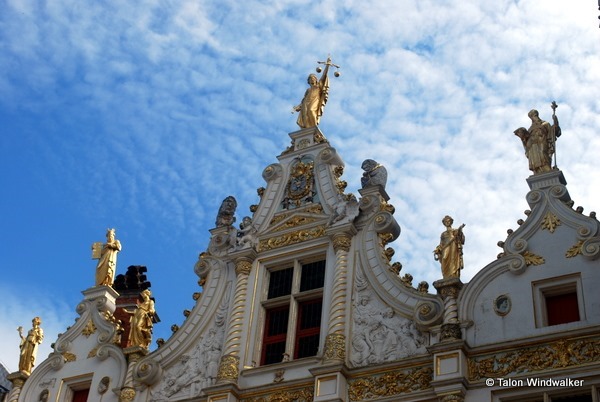 One of the most interesting sights in Bruges was the Basilica of the Holy Blood. The exterior is kind of interesting, and because of its unimpressive location we almost missed it. I was curious about the building only because it looked so different than the surrounding edifices.

Inside was a very different story. The baroque style and decorations transport visitors to another time. It’s a very inviting environment, a place you want to sit down in and just absorb the tranquility.

This 12th century basilica is home to a crystal vial containing a bit of cloth with blood on it. It is believed that the cloth had been used to wash the dead body of Jesus and that his blood remains in the fabric. When we were there, we practically had the whole church to ourselves, and we were able to spend as much time looking at the relic as we wanted. It’s interesting to see even if you aren’t a religious or even Christian person. 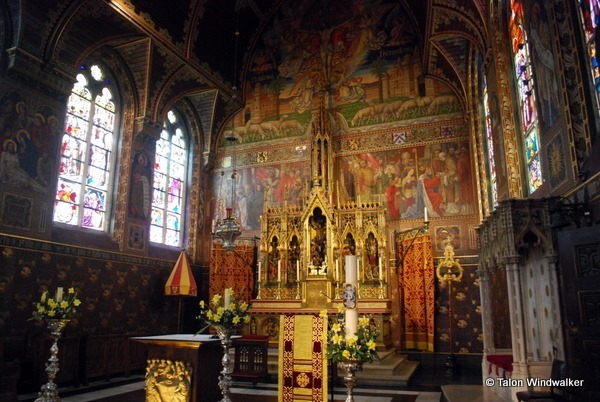 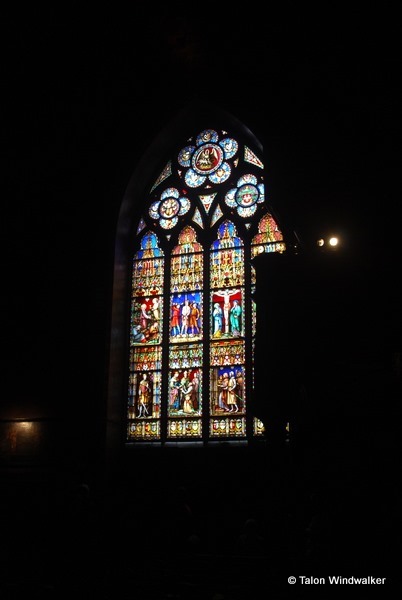 Near one of the canals, we encountered a flea market. Even though the offerings were from the current time, the surroundings still gave the impression that you were wondering among a medieval market. At least until one of the tour boats on the canal came by and ruined the mood with their yapping through speakers. 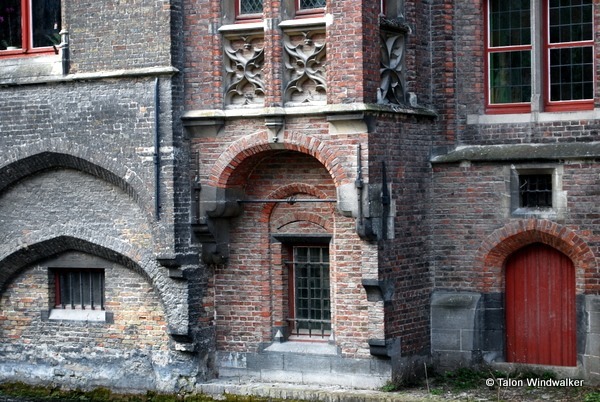 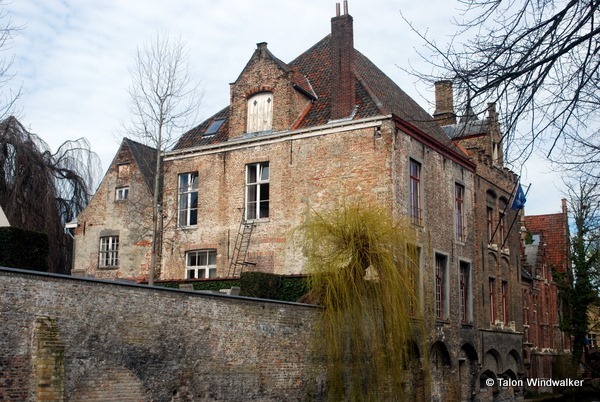 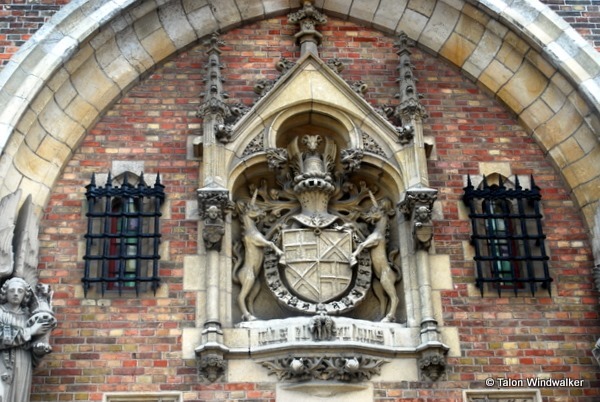 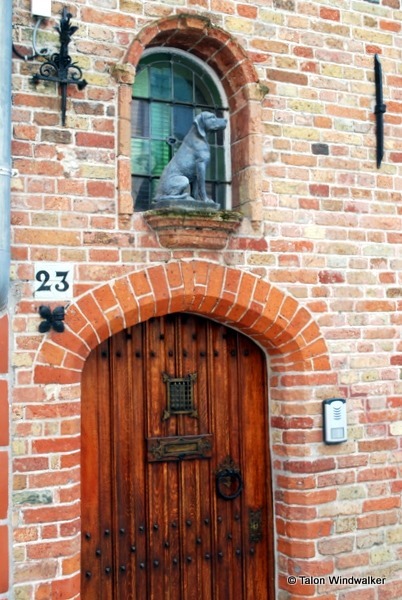 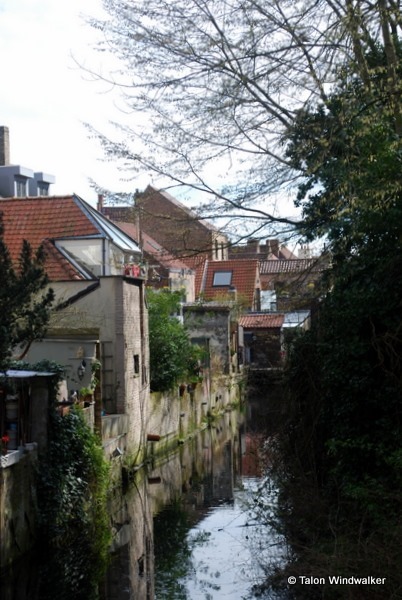 Taking side streets was very interesting and also gives you a break from the occasional crowds.

If you go to Belgium, make sure to spend some time in Bruges. While you can see everything in a day, if you can possibly spend a night there I really encourage it.

Have you been to Bruges? What did you think of it?