Barcelona changed our mind about Spain

We both have vivid memories of arriving in Madrid full of excitement. I had wanted to visit Spain since I was a teenager. It was also Tigger’s first time being in Europe. We had spent 1-1/2 years in Latin America prior to coming to Spain, and we definitely experienced culture shock. While we enjoyed Granada, Madrid really put us both off the country. While we were in Portugal, I pondered a return to Spain so we could visit Barcelona but just wasn’t sure. 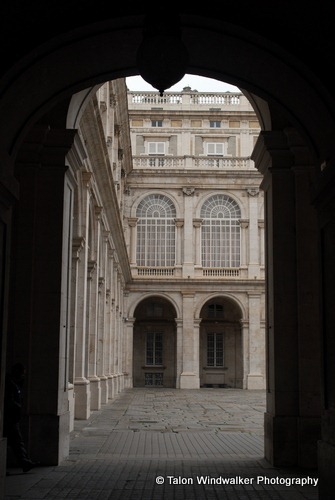 I had heard so many positive things about this city and the region. When I explained to people on Facebook why I didn’t care for Madrid (full of grouchy people, nothing overly special about the city), a few people shared our feelings about Madrid but absolutely loved Barcelona. That was enough for me to decide to make the jump.

We stayed in the Gracia neighborhood, which was a great decision. We were close to many things to see, including the Sagrada Familia basilica and Parc Guell.

Walking around was really enjoyable. Because of the lovely spring weather, people were occupying the outdoor cafes and enjoying the beautiful sunshine. Being here at the end of April meant we had more tourists in some of the prime spots, but since we weren’t quite in the high season yet, it wasn’t too bad. 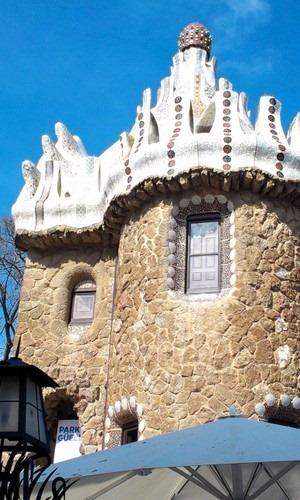 One of the first things I noticed about Barcelona was the vibe. The city just has a good feel to it. The big thing I was looking for, though, was the friendliness of the people.

We weren’t let down.

The locals were quite friendly and helpful. Some friends had told me that people would prefer to speak English rather than Spanish (since Catalan is the regional language). I did not find that to be the case. Every person I spoke to in Spanish readily engaged in conversation with me. It was interesting, though, seeing signs written only in Catalan.

It was so nice to walk into a store and be greeted as opposed to the sour looks we had in Madrid.

While lodging and transportation were definitely more expensive than Portugal, food and groceries were cheaper. Entrance fees to some things were also absolutely ridiculous. For instance, if you wish to enter the Parc Guell monument area you’re looking at just over $11 USD per adult. After having just dropped nearly $40 to see the basilica, I wasn’t about to spend so much to see a few funky buildings. Thankfully, there is also a large free area. 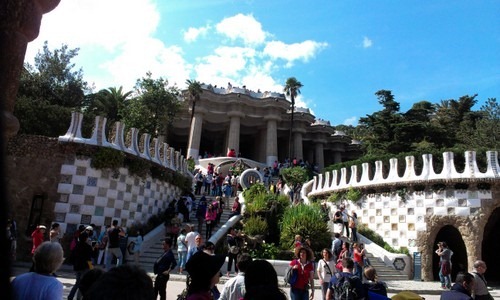 After spending a brief time in Barcelona, I no longer say I don’t care for Spain. In fact, I would’ve loved to have spent more time there and will certainly plan on coming back to experience the city further. Tigger enjoyed it as well.

But Madrid is still on our list of poor experiences.

Have you been to Barcelona? What’s your favorite site or area to visit?