As you may have read, we recently went to Tallinn in Estonia. It’s one of those places you don’t really read a lot about, which is partly what attracted me.

After spending a week there, I can completely understand why this is the case. 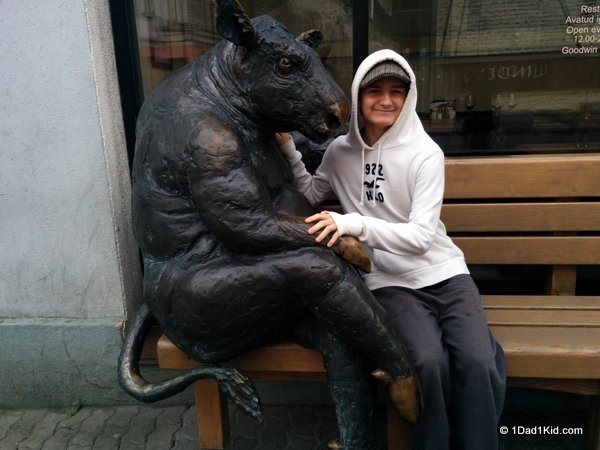 Like some other areas we’ve visited, the city’s only source of real charm is found in the old town section. Here you can find buildings dating back to the 14th century, although the lion’s share seem to be from the 1800s.

The old town has a very peaceful feeling to it. As we were there in the off season, there were absolutely no crowds. In fact, there were very few people at all, which was a bit bizarre. As Tigger said, “It’s like the place is abandoned.”

Heading into the gorgeous park that is right outside the walled part of the old city will get you around more people. It’s a popular place for runners. The park is a wonderful spot to just sit and relax as time passes by.

During a Twitter chat, I commented about Tallinn’s lack of friendly people as well. An Estonian expat suggested we visit what sounded like the trendy, hipster area of Tallinn known as Telliskivi (aka Creative City) to find something more interesting and friendlier people. It turned out to be about a 20-minute bus ride, so we figured why not?

By the way, buses in Tallinn are very quiet rides. People don’t speak to each other. Even if you spot a couple chatting away at the bus stop, as soon as they’re on the bus silence reigns. I understand it harkens back to the day when Estonia was part of the Soviet Republic, but it’s still a bit unnerving.

Telliskivi was definitely unique in comparison to other areas of Tallinn we had experienced. There were many trendy cafes and restaurants (which isn’t really my thing) with appropriately trendy prices (read: expensive) on their menu. However, it was about as abandoned as the old town. 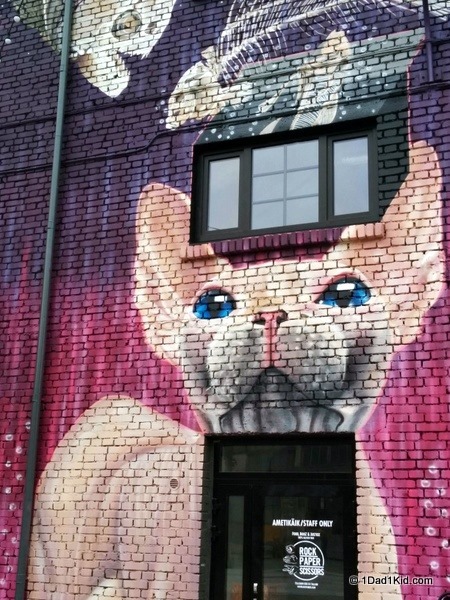 It should be noted that we visited around lunchtime on a weekday. I expected a bit more people traffic from the lunch crowd, but it just wasn’t there. Judging by the size of some of the clubs and bars, I’m guessing this is an area that comes to life more on weekends and at nighttime.

If you check out their website, there is a lot planned for weekends, including a regular flea market.

I did take the local’s advice and stopped greeting people as we walked, and I dutifully avoided making eye contact. This did seem to help frighten people less, but it made me really uncomfortable. I’m from the Pacific Northwest in the US, and we greet people. On a less busy street, drivers will even wave to pedestrians. In Seattle no less. It’s just how we are.

It’s definitely a clash of cultures.

And, unfortunately, Estonian culture is still strongly rooted in its “how you survive Communism” roots. It’s completely understandable as the country has only been independent for just shy of 25 years. I hear the younger generation is more friendly. Hopefully, between them and the next one the culture will change enough to be more welcoming.

As it is, the city just isn’t an inviting place to visit. 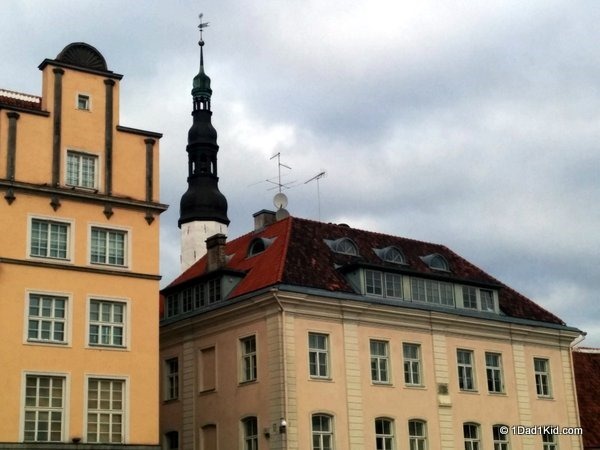 So, having read the above if Tallinn is still on your list of places to visit, here are some tips to help you out.

As far as I’m concerned, Tallinn is one of those places you visit because you’re “in the neighborhood.” I definitely wouldn’t go out of my way to go there, and I don’t think I’d plan on spending more than 2-3 days in the city.

If you want to check out the Baltics, I’d recommend going to Riga instead.

But that’s just my opinion.