Maybe it IS time to settle down

Home » General Travel » Maybe it IS time to settle down

Before we left the US to begin a life of travel, I knew that there was a distinct possibility that when Tigger hit the teenage years he would want to settle down somewhere. I wasn’t surprised when he announced now was the time. He still wants to travel, but he wants more time at a home. He wants less frequency and a shorter duration for our trips.

He identified Mexico as the place he would likely want as a base, and we moved here to see. We’ve been here for almost 2 months, but it didn’t take that long to decide Mexico probably isn’t our base.

While he’s perfectly happy getting comfortable somewhere and making it our home, I wasn’t feeling the same way. At least not initially. Now?

I don’t know if those 9 weeks in which we sped around Europe has left a lasting effect on me or if I’m just ready for something different than our last 3+ years of travel.

I want friends. Friends that call me up, text me, or whatever and want to meet up for coffee. Or who want to join me for a run. Recently, a friend of mine and I went and had pedicures followed by shopping at Sam’s Club. It was one of the most fun days I’ve had in a while.

Does that sound sad? 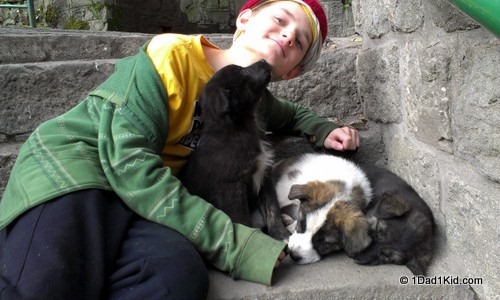 I’ve written about the friend situation before, and I find it to still be a strong pull for me. I miss those moments greatly. I miss my foodie friends. I also miss meeting another friend, grabbing our bikes, and having a long ride. While travel has definitely introduced me to lots of people, I’m at a point where I’m feeling the isolation more.

And when you change countries and cities frequently, where’s the motivation to make friends? I know I’m leaving soon. It just isn’t the same. I know Tigger experiences this as well.

While I thoroughly enjoy our minimalist life, I also want some stuff. Like a standing mixer and a fully equipped kitchen. And I want to live somewhere that is cool enough—at least most of the year—that I can bake. Man, I miss the simple joy of making bread. As we’ve traveled, we’ve either not had pans, not had an oven, or it’s been too freaking hot to dare turn the oven on most of the time.

I see the latest pictures from my Order and see another ordination ceremony I’ve missed, another chance to work alongside my fellow monks while the kids run through the woods catching frogs. I read another email detailing the plan for the next retreat, and I yearn for that connection once again. 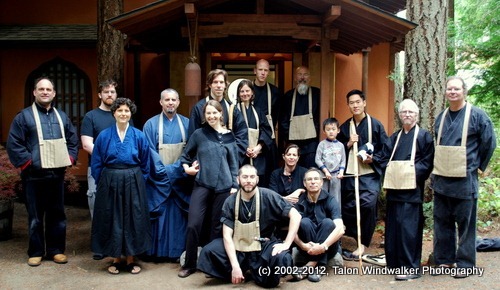 I help people take care of pets, and I’m reminded of how much I miss having our own furry family members.

The longer we stay in our home in Cozumel, the more I want to find that place that will end up being our base. Even if it’s just our “base for now.” Who knows? Perhaps in a year, we’ll both be ready to live the nomadic life again.

For now, though, I am so incredibly ready to settle down that it shocks me. Instead of fighting it, I’m just going to embrace it. We aren’t done with travel. It’s just time to change how we do it.

If you’ve done long-term travel, what was your experience? Did you hit a moment where the idea of being homebound actually appealed to you?