Outdoor things to do in Barcelona

Home » Spain » Outdoor things to do in Barcelona

We visited Barcelona earlier this year and were quite surprised. I didn’t expect to like it as much as I did, and it definitely left me with an appetite to experience more of this great city. There are so many things to do in Barcelona that you really need a decent amount of time to get to know the city.

Barcelona is served by many low-cost carriers, so getting there from other locations in Europe, or even from North America, can be quite affordable. As they use the euro, Americans may feel a bit more of a hit thanks to a weaker currency, but it’s not as expensive of a place to visit as one might assume. 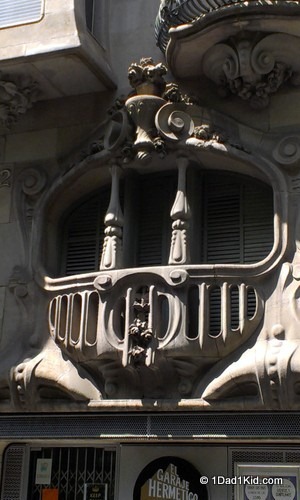 Barcelona has a robust transportation system consisting of a metro, trams, and buses. It is also surprisingly walkable.

While Spanish is the official language of Spain, this wonderful city is located in the Catalunya (Catalonia) region, and they have a language of their own. Important signs are bilingual, however, so don’t fret. Since international tourism is a huge part of Barcelona’s economy, you’ll also find plenty of English speakers.

With 4.5 km (almost 3 miles) of coastline, the city has plenty of beaches. We were there in spring so didn’t really visit the beach. In doing some research, though, it appears that the most popular ones are Barceloneta, Mar Bella, Nova Icaria, and Bogatell.

Ok, this is only partially outdoors. If you haven’t heard of this cathedral before, it’s like nothing else in the world. Building began on the cathedral over 100 years ago and won’t be finished any time soon. The admission is a bit steep, but after debating about whether or not to visit it, I feel like you can’t really visit Barcelona without seeing the inside of this famous church.

How impressive is it really? My almost 13-year-old son took one step into the building and immediately pronounced, “OK, I’m impressed.”

If that endorsement doesn’t get you to visit, I don’t think anything else will.

Barcelona from the Sky

You can get an amazing view of the city and many of its big landmarks while riding the cable cars from Parc Montjuïc up to the 17th century castle on a hill. Somehow I didn’t know about this while we were there!

Barcelona has numerous parks, ranging from small areas of grass to fairly immense spectacles. One such spectacle is Parc Güell. The park was designed by Gaudi, and I think the term “spectacle” is really the best one you can use to describe it. Part of the park is only accessible by paying admission (the spectacle side of things), but the rest of the park is free and worth a visit, even if you don’t want to pay the €7 (just over $9 USD) admission for an adult (kids 0-6 are free, and 10-12 will are €4.90).

We had been walking all day long, so by the time we made it to the park the last thing I wanted to do was pay around $16 to go inside. However, after walking around part of the perimeter and seeing photos online, I wish we had gone inside. Next time. 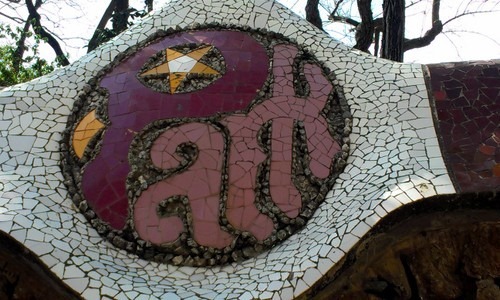 There are so many beautiful areas for just enjoying a stroll! One of my favorite areas to walk was Las Ramblas. We ended up coming back to this area a few times because it was so cool. Discover Walks offers a free walking tour (it’s actually “pay what you want”) that touches on a lot of the history in the region and visits a lot of great sites. We didn’t do the tour, but it is well rated, so it’s worth checking out.

The Gothic Quarter is quite interesting, and there are some really attractive areas along the Passeig de Gràcia. Although, if you despise crowds, you’ll want to avoid that area. But, if you’re a lover of shopping, you won’t want to miss it.

If you mix these activities with all the wonderful indoor things to do in Barcelona, you’ll definitely see why the city needs more time to visit. I’d actually like to go back and spend about a month. There are just so many nooks and crannies to explore.

If you’ve been to Barcelona, what’s your favorite outdoor activity?