The Tragedy of Suicide

Home » Musings » The Tragedy of Suicide

This week many of us have been affected, at least as secondary observers, by what appears to be another tragic suicide. Robin Williams was a comedian and actor that was a big part of many of our lives growing up. I still remember wearing rainbow suspenders like Mork for a short period of time. So glad that trend ended quickly.

As someone who has suffered from severe depression, the news that he had been battling depression for quite a while and finally succumbed to it brings up so many feelings for me.

I remember in the mid 90s when my depression was spiraling downward. I sought help but couldn’t find it. I tried to handle it on my own. When my friends would express their concern about my growing darkness, I would reassure them—Suicide is for cowards, and I’m no coward.

Within a few months, I would find myself strapped to a gurney and on the way to the emergency room of the hospital where I worked. I remember everything that happened the day a friend called police because he couldn’t get a hold of me on my phone. “He’s been really depressed lately. I think he did something.”

I remember the feeling of ice in my veins when I finally grasped the hand of escape offered by suicide. I wasn’t sure how long it would be before people finally found me, and I had two cats. I put out a couple pans of food and pots filled with water so that they would be okay in the meantime.

I recall the joy of impending release as I swallowed enough pills to stop my heart and lungs. For the first time in months I smiled as I lay upon my bed, a copy of my “do not resuscitate” (DNR) document taped to my chest. I wasn’t aware that DNRs don’t function during a suicide attempt.

When I was placed into the ambulance, I remember being angry that I had been thwarted. However, I didn’t go into full respiratory arrest until I was in the hospital. After three intubation attempts (I kept pulling out the tube, so they finally chemically paralyzed me), they got enough charcoal into my system that when I pulled out of the medication’s control and snapped the restraint to yank the tube out again, I could breathe on my own. 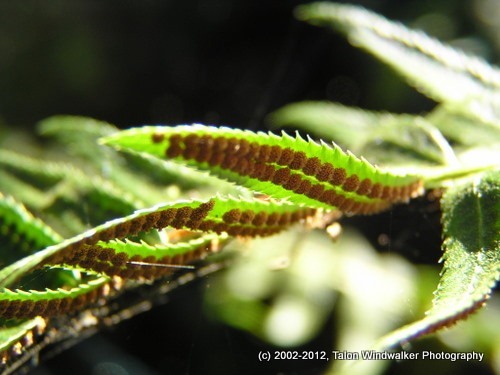 After my ICU and 30-day voluntary inpatient stay at a treatment facility, I returned to work. I felt humiliated because everyone knew what I had done, and damn it I had lived! While passing the ER, the physician who had saved my life came out of a room and saw me. I apologized for the hard time I had given them. (I really was the worst patient that day.)

“Do you remember what happened?” Of course I did! Every single detail. “And you remember snapping the restraint after we paralyzed you?” Yes! I was still pretty pissed about all that. “Do you know I have never seen anything like that? I gave you enough medication that you shouldn’t have been able to blink for at least 20 minutes. Within 10 you were snapping through a restraint.”

I didn’t have anything to say to that.

I was forced to look back on the whole situation. I had been barely breathing for three days before the police broke into my apartment. I was blue and practically dead when they found me. I couldn’t open my eyes (because of the medication I took), yet I was able to give the paramedic a black eye when he strapped me down (thank you, PTSD), as well as do my little performance in the ER.

He was right. I wanted to live. Deep down in some hidden depth the will was still there.

When my father killed himself, I couldn’t understand it. Even though I am intimately aware of depression’s black claws, I was mystified. Here was a man who had been surrounded by family and friends his whole life. Unlike me whom he had abandoned/lost (depending on which side of the family you’re talking to). He was loved and cared for. He had been getting treatment for his depression, something I couldn’t get until after my suicide attempt.

For the 1-1/2 years prior to his suicide, I had been battling a resurgence of depression brought on by the situation with my eldest child. I had been slapping suicide’s icy talons aside for much of that time while I went back into therapy and returned to my antidepressants, both natural and pharmaceutical.

What mostly kept me from failing the battle was Tigger. How could I do that to him? How could I be yet another parent who had abandoned him? He was so happy to finally have his forever family, how could I possibly rip that away from him?

If I felt that for my adopted son, why could my parent not consider his two children, three grandchildren, and all his family members?

But I know better than that. I know what it’s like. It isn’t logical. It’s depression.

As I’ve read comments from people about Williams’ death, I’ve seen them pondering these same things. He had fame, money, a loving family, people who loved him. . . how could he fall into such deep despair?

Unfortunately, it’s only too easy.

I am grateful to my friends who tried to support me in my youth, and I’m thankful for the ones who as “family by choice” stayed in touch with me during my darkest moments as an older adult. I’m thankful for the calls when I appeared silent on Facebook and for the voiced concerns when I was heading into the wilderness for a race. I remember coming back to my car after running 31 miles and seeing my phone’s message indicator blinking. I had texts and calls from friends “checking in to see how the race went.”

I’ve been in plenty of races and never had these messages. They were checking in on me because I was depressed, and I knew it. And I was extremely appreciative. Still am, in fact.

Did Robin have all these supports?  I hope he did. Did he seek help early enough? You can only do so much when you’re battling major depression. Sometimes everyone in your life can be doing everything perfectly, and it just isn’t enough to help you break those mighty chains.

My heart is heavy for his family. I know the endless questions they will ask themselves and the fight with guilt they will endure. It makes the grief that much harder to deal with.

What kept me going that didn’t help Robin or my dad? I have no idea. Yeah, I learned a lot about the symptoms of dangerous depression secondary to my attempt. Now I’m incredibly hypersensitive to those signs and jump as soon as it looks like I’m even within visual range of the dark vortex. Reportedly, both of them were undergoing treatment before they took their own life.

Even then it sometimes just isn’t enough.

I hope that this death will help demystify depression for people. I hope it helps them understand that depression isn’t something you “just get over.” Perhaps now people will view their loved ones who are battling this ugly monster in a different light.

And I hope that anyone who is struggling with depression is able to dig however deep it takes to get the help they need early enough to make a difference. You are loved. You are needed. Even if you can’t accept or believe that. It’s the truth.

Don’t wait until suicide is your only hope for relief.