How Not to Travel in Granada

Home » Spain » How Not to Travel in Granada

Tigger was sick shortly after arriving in Spain.  A couple of days later it was my turn to be a frequent visitor to the coldest seat in the house.  After spending a day in a . . . seated position, I was ready to explore!  Our host had been very thoughtful and bought us a card for the bus (it gives you over 50% off the normal fare) and had loaded it with 5€ so we could get around Granada more easily.  I was ready to use it! 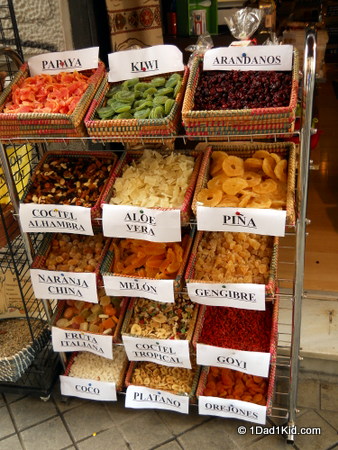 We headed out, enjoyed a lovely bus ride, and walked for hours all over Granada’s downtown area.  Traveling by bus in Granada was a breeze!  The next day we would be traveling to La Alhambra, the 10th century Berber fortress and palace complex for which the area is famous, to meet another traveling family.  I checked out the bus route map.  This was going to be a slam dunk!

Despite our time in Latin America, I am still quite fond of arriving to places earlier than scheduled.  Because of that, I had planned an hour for us to arrive, even though it should only take maybe 30-45 minutes.  That gave us more than enough of a buffer.

The bus system in Granada is quite good. For many routes, buses pass every 10-15 minutes, or even less.  How can you complain about that?  They’re modern, comfy, fairly roomy, and the driver will even make change for you (or recharge your wonderful card).

There’s just one slight problem.  Unlike buses we’ve been on previously during our travels, there is rarely ever anything to indicate what the next stop is.  So unless you’re familiar with the city, have memorized just how many bus stops lie between you and your destination, or are a very talented psychic, you’ll probably have a bit of an adventure.

Which will be even more fun when it’s raining for hours.

Our joyous journey began when I rather confidently uttered those jinxing words above and boarded our first bus.  While waiting, I had tried to identify a couple of landmarks to help us get off at the right stop.  After all, we were Granada bus system pros by now.

We got off on the wrong stop. 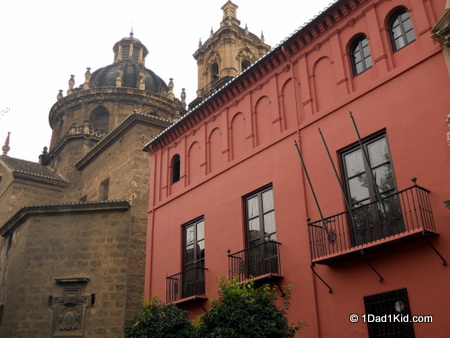 No problem.  The handy map at the bus stop showed me a nearby parada that would still get us onto a bus that would work.  Except that line is currently out of service due to construction.

We walked until we found another stop with a map, which wasn’t as easy to find in this section of town.  Upon seeing how many more stops we’d have to walk to catch that particular line, I decided to use our free transfer and bus the remaining distance.  This time I was smart! “I’ll ask the driver!” Novel idea, no? I was so proud.

“The #13?” I repeat.  She indicates quite fervently that I heard correctly.  So we hop off.

The bus stop DOES say the 13 comes by.  I decide to trust her, and we wait.  Other would-be passengers quickly crowd the covered area.  I find myself having to bat umbrellas away before they stab me in the face.  I have been told that Spaniards typically aren’t . . . as conscious of other people around them.  They weren’t kidding.

And we wait some more.

I’m now getting a little anxious because we are supposed to be meeting our friends RIGHT NOW.  We continue to wait and we’re now 20 minutes late.  I have no way of contacting them.  I have 20€ in my pocket and need to recharge our card for the bus trip home, so that means I’d have 15€ at the most for a taxi.  I wasn’t convinced that was doable.

At 35 minutes late, I’m ready to stop a taxi and see what it would cost.  Just as I step off the curb I spot the #13 bus coming.  “FINALLY!” I say and Tigger cheers. 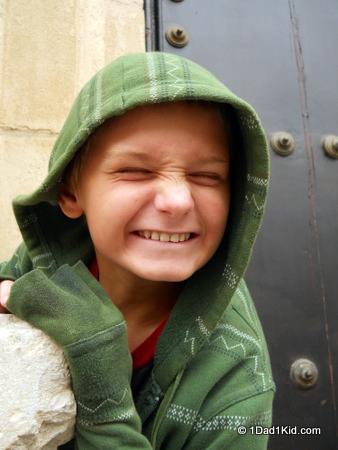 The map tells me this is a fairly straight shot up the hill, and the Alhambra is huge, so I should be able to see it from the road and know when to get off, right? RIGHT?

As we near, I decide to throw caution to the wind and ask our cranky bus driver anyway.  “Which is the best bus stop for the Alhambra?”

“The one before this one.”

Of course.  Might as well keep the morning’s theme alive, eh? He doesn’t say it, but you can tell he’s thinking Stupid tourist!  At least he didn’t voice it.

So we jump off the bus and then walk back down the hill (at least it was downhill and not up!).  We arrive at our meeting point only an hour late.  Thankfully, they’re more patient than I probably would’ve been.  Maybe it was all those years they spent in Latin America, too, where mañana doesn’t mean tomorrow but “not today,” and un momento means “anywhere between 1 minute and several hours.” I’m just glad they’re still there and smiling.

When in Granada, don’t do a Talon.  Just ask the freakin’ bus driver right away so they can help you out.  They seem kind of terse, but that thick plastic window between you and them keeps them from biting you, so you’re safe.