The day I fell in love

Home » General Travel » The day I fell in love

Spain has been interesting. I’ve wanted to come here for years.  Ever since I started learning Spanish in middle school, in fact. That was a LONG time ago.  I’m not saying how long.  Just trust me on this.  When we arrived in Madrid, I immediately suffered culture shock.  The more time we spent in that big city, the more I was ready to leave Spain.  As they say in Spanish:  No me cayó bien. 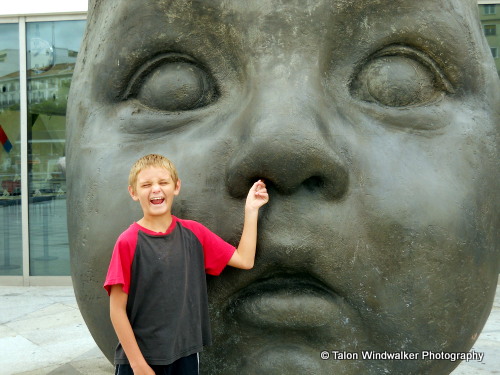 When our time was up at our apartment, we eagerly left the bustling city life and headed for a smaller town.  It was tough to decide between Seville or Granada, but in the end the size of the city won out, and we headed to Granada.

We had a rather uneventful bus ride, and I enjoyed seeing the beautiful Spanish countryside as we headed further south.  As soon as we left the bus station, I immediately smelled olive oil.  People smiled when I smiled at them, rather than glared as they had in Madrid.  “I think we’re going to like this place,” I thought.

We had rented a room in a lovely house up in the hills outside the city.  The cute young couple picked us up from the bus station free of charge.

The next several days would be cold, cloudy, and sometimes rainy.  In fact, when we went to the Alhambra, the amazing 10th century Berber fortress/palace nearby, it rained almost nonstop for the entire freakin’ day.

Our time to leave Granada was drawing close, though.  I enjoyed meandering its ancient streets and discovering little tucked-away places, but I was ready to move on by this point.

In the morning we were greeted with sunny, blue skies.  We headed to the train station to pick up our tickets for the next day’s journey and then went walking.  The sun warmed my skin while I breathed in the crisp fall air.  This is my favorite time of year, and I had so missed a splendid, sunny fall day.

As we walked by the buildings and fountains that are hundreds of years old, mixed in with some that are much more modern, we discovered an amusing little tapas bar so we popped in.  The food was excellent, and I enjoyed a couple of tasty drinks as well.  We had 3 drinks with 3 plates of tapas for a whopping 6€.  At tapas bars, you order a drink for 2€ and the plate of food is free, 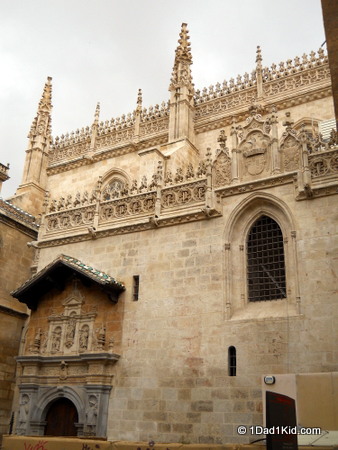 We continued walking.  Being a Sunday, most stores and shops were closed, and the streets were full of friends and families eating in outdoor cafes, strolling down the streets, enjoying the parks, etc.  It was fabulous.

Eventually, we found a park that Tigger deemed wasn’t “too much for little kids” and stopped to play.  We discussed the value of sitting on a park bench while soaking up the sunshine.

Then it was time for ice cream.  He had a gelato while I enjoyed a strong cup of coffee with a wonderful little pastry.  While it’s chocolaty goodness spread over my tongue, I smiled.  Not one of those “oh this is nice” smiles, but the kind of smile that begins from your toes and works its way up until it lights your whole face with sheer joy.

This had been a perfect day.  I was filled with the type of contentment that makes everything you see and experience wondrous.

I was, once again, in love with my life.  And I had surprisingly fallen in love with something else, too.  With Spain.

What and where was one of your “perfect days”?