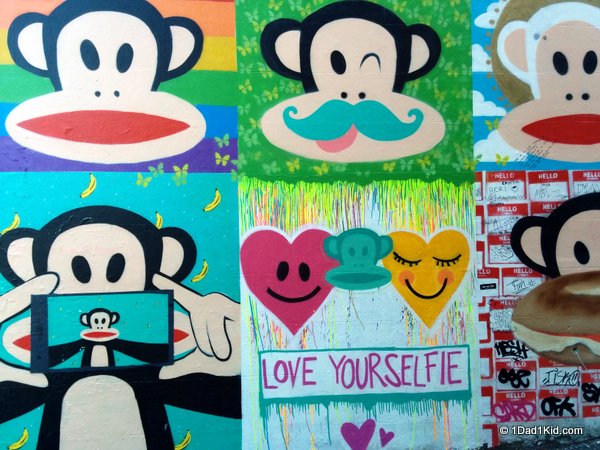 The longer we’re on the road, the more myths and common misconceptions about long-term travel we encounter. Sometimes I find myself countering my own previously held ideas, but most often I see or hear things mentioned that make me either roll my eyes or painfully bite my tongue. Time to dispel some of those.

Of course, some of these apply to short-term travel as well. 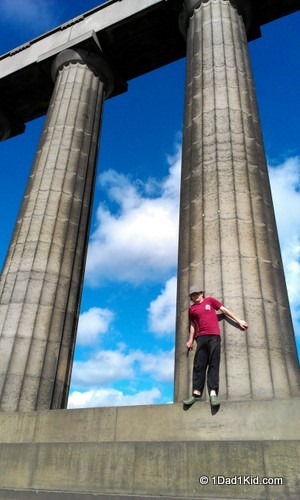 I think this has to be the most common misconception I hear and read, especially from my fellow Americans. This is one that always gets me because it isn’t like the US is the bastion of safety in the world. School shootings, mall shootings, theater shootings, shooting someone over a parking space . . . These are all things I have no concerns about in pretty much any other country I visit.

When I see mentions of concerns over food safety, I have to laugh again because I am frequently seeing towns and cities in the States having boil orders for contaminated drinking water, and there are a plethora of food recalls after people have ended up in the hospital and/or died from something as seemingly innocent and harmless as bagged lettuce.

In my whole life, I have only experienced food poisoning twice. And both of those times were after eating at restaurants in the US. In other countries, I’ve bought and eaten meat that had been hanging for hours unrefrigerated in a butcher’s stall. Yet “properly refrigerated” meat in the States has made me ill.

I’m not being derogatory about the US. I’m just pointing out the ridiculous things I see and hear.

During our 2nd time in Mexico, people were asking me if I felt unsafe. One of these times was about 10 minutes after I was reading about the Batman shootings in Colorado, our former home state. My first thought was, “I can go to the movies in Mexico without being afraid of being shot so . . . ”

Yes, bad—sometimes scary—stuff does happen on the road, but it also happens at home.  As I’ve said before, statistically speaking you’re safer traveling than sitting on your couch at home. Did you know that your odds of dying from falling off the couch are 1 in 4,238 vs the 1 in 225,879 risk of traveling by train?

You are over 53 times more likely to die from falling off household furniture than riding a train.

But the language barrier!

This one always cracks me up. We have yet to find it too difficult to travel some place where we don’t speak the language. It’s amazing how much you can communicate just by pointing or miming.

And with travel apps like Google Translate, that excuse is even odder. Especially after the app added Word Lens functionality so you can point your phone’s camera at a sign and get it translated. I used this a lot in Serbia (where the alphabet is not Latin-based) and found it to be quite helpful.

With the plethora of apps available, there’s really no excuse to let language be a barrier. 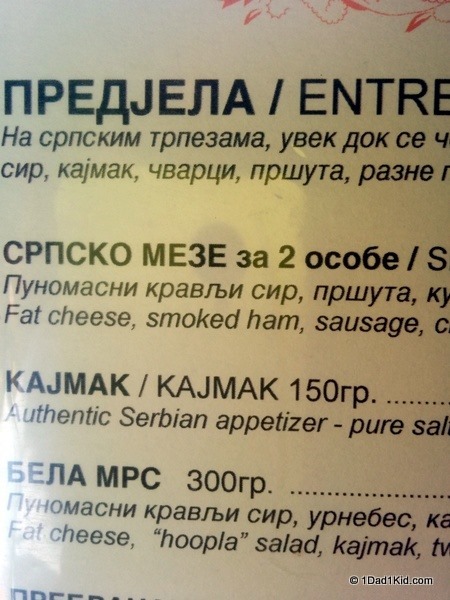 I’m not really sure what that means. What is “the dream”? Yes, I live what I feel is a fascinating and wonderful life, and I certainly don’t have the same amount of stressors as people who are living a more conventional life. But it doesn’t mean it’s stress-free.

I may not have a mortgage payment, but when we aren’t house sitting, I still do have to pay for our lodging. There are places we haven’t been able to stay as long because the country or city is quite expensive (London, the UK, Paris and much of France, Australia and New Zealand to mention just some).

Then there is the challenge of constantly moving. We try to stay at each place for at least 1 week, but that isn’t always possible/reasonable or preferable. We generally use Airbnb so we can have access to a kitchen, which helps keeps costs done and is generally more comfortable.

That means not only looking at tons of properties but having to check their locations on maps, seeing their proximity to public transportation, ensuring they’re within walking distance to a decent market for food, reading all the reviews, etc. Then I have to message the ones we’re interested in and wait for responses before booking on most occasions.

It isn’t “hard” work, but it’s very time consuming and uses up time I could be spending on sightseeing, working on projects, etc.

I also need to look up transportation costs so I can make sure I’m not putting ourselves in a place that will cost us a lot of money to explore and travel from.

As I am doing online work, I also have to try to arrange travel days around my work schedule since I need continuous Internet access to do that work, which can require some creativity. 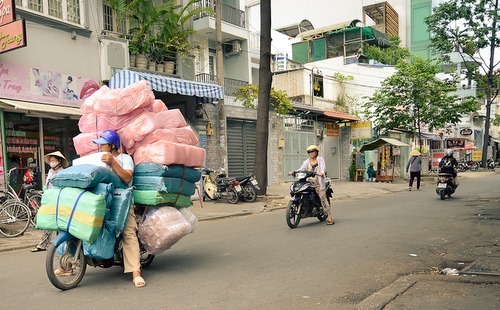 You must be rich to travel so much!

We left the US in 2011 with $900 USD in savings. I have been working in some form or another ever since then to continue to earn money to fund our life and travel. And I haven’t taken a “vacation” (i.e., not been working) in any of that time. Granted, I don’t work as much on the road as I did at home, but I also don’t need to because travel isn’t nearly as expensive as people might think.

We’ve lived in many places where the cost of living was so reasonable we could live quite comfortably on the approximately $15,000-$17,000 I earn annually. (See what I mean about it not being expensive to travel?)

Of course, house sitting helps a lot, too. We’ve been in the UK for almost 2 months so far this time, and I’ve only paid for accommodations for 2 nights because we’ve had sits. We also stayed with some friends for a week. We’ve spent about $160 USD per week while living the UK.  We could’ve spent less, but we like to eat well.

You’d almost spend that just on a hotel for 1-2 nights here!

Yes, there are some people doing long-term travel based completely on their savings, but we definitely aren’t one of them. Most whom I have met are doing some time of remote work (often working full-time hours or more) to continue funding their travel lifestyle.

Currently, I work about 16 hours a week as an independent contractor. I spend a decent amount of additional time each week on the blog and activities related to that business. I could obviously make more money if I worked more, but that would kind of defeat the whole purpose of having left our “normal” life in the US.

There are times I would definitely like to have more money in the bank account, but I’d rather have more free time and flexibility. So I do enough to keep us living comfortably and really no more than that. 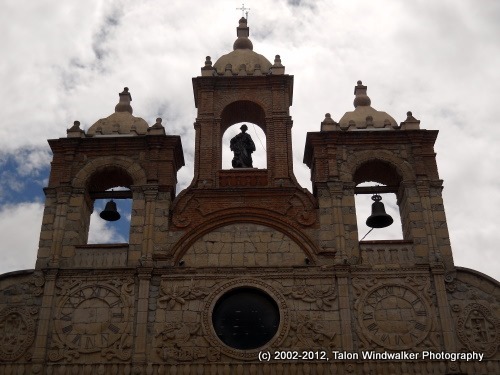 It’s such an easy life!

In many ways it is easier than a traditional lifestyle, but there is a lot of work that goes into traveling. Even though I do very little planning, I still spend many hours dealing with lodging, researching transportation, checking out visa requirements, and getting enough information for us to hit the ground in the next location without too many hiccups.

We move at a fairly slow pace compared to many other long-term travelers, but it can still be incredibly exhausting sometimes. And I’m not just talking about things like the 10-1/2-hour flight we have coming up in November.

A couple of years ago we were moving about every week, and I was so burned out after 2 months that I was ready to call it quits and return home. Thankfully, I realized it was burnout, and we found a spot we could stay for a couple of weeks to recharge our batteries. We didn’t do much exploring during that time.

I know people who move faster than that for longer periods of time, but they tend to burn out harder when it does hit them.

We have had places that sounded wonderfully exotic, but we only left our hotel room or apartment for short periods of time while there. Sometimes it’s just too much.

One also to realize that each new change usually also means a brand new currency with a different conversion rate. Usually that isn’t too much trouble, but when we first arrived in Poland I ended up withdrawing $500 from my account instead of $75.

Still not totally sure how I managed that one.

Then there is a new language to deal with, new cultures with their own . . . eccentricities, places that completely shut down on Sundays or during part of every day (I’m looking at you, Spain), or with every holiday, which seems to happen at least twice a week. When we were in Vienna, there were so many holidays around Christmas Day that had stores and restaurants shut down that we almost got caught without any food.

I also wasn’t aware that stores shut early on Saturdays, so my plan to shop at 4 PM on Saturday so we’d be okay over the weekend was a total bust.

Thankfully, there were some kebab shops that were open and had some basic groceries we could buy.

Public transportation isn’t always so easy either. In Bucharest, the buses require a special plastic reusable card. However, when we were there the cards weren’t available, and you can’t pay the driver. In Brasov, you buy paper tickets but kiosks aren’t always that easy to find. In Paris, my non-chipped debit card wouldn’t work in the machines, and we rarely had enough coins (they don’t accept bills), so I always had to make sure I had extra tickets in my pocket since not every metro station has a ticket window.

In Belgrade, it was so challenging trying to figure out their transportation system that we just didn’t use it. Bus drivers were friendly enough, but again one can get tired of dealing with this stuff.

Things that seem exciting when you’re on a 1-week holiday are annoying as hell when you’ve been on the road for months or years.

Despite the common misconceptions, though, I’ll gladly continue living a life of slow travel. It isn’t perfect, it isn’t always easy, but it is still pretty amazing.

What are some of the things you wonder about when it comes to long-term travel?

previous post 3 of the Finest Scottish Locations for Your Holiday
next post Why San Miguel de Allende?