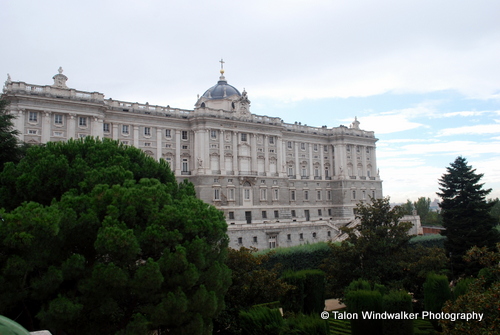 We’re in Spain now.  I was prepped for sticker shock after living for almost 2 years in Latin America, but I wasn’t prepared for culture shock.  I guess one might call it reverse culture shock since I’m returning to a developed, “first world” environment, but whatever you want to call it I’m a bit caught off guard.

Third world has come to be used to describe any country that seems poor, isn’t as developed as areas like the US, Canada, or Europe, and is often spoken like it’s a cut to an area.  “Oh, that’s third world poor!”

Spain is definitely not “third world poor.”  In fact it would seem their poor are one of the invisible people, except for the very occasional homeless person I saw sleeping on a bench huddled against the October morning chill.

We began our Spain experience in metropolitan Madrid.  I’m no big city person to begin with, but walking around Madrid immediately set me a bit on edge.  I felt like Dorothy from the Wizard of Oz.  “We’re no longer in Latin America, Tigger!”  Except for the very differently accented Spanish that surrounded me, this could’ve be any big city street in America.  There were 2 Starbucks within a short distance of each other, and at least 2 McDonald’s.  Building-sized ads greeted my vision selling mostly fashionable underwear, name-brand clothing, and expensive cars and wrist watches as Mercedes Benz and other fancy cars whisked by.  I immediately felt out of place. 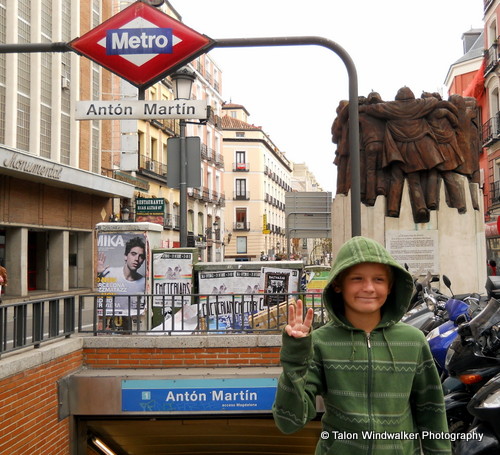 I smiled at passers-by and in traditional third world fashion greeted everyone with a buenas tardes.  I got cold sideways glances if I had any response at all.  I noticed grumpy-looking shop owners standing outside their businesses, and so I put on a bright smile and greeted them as well.  I was surprised I didn’t get “the birdie.”

As we continued walking down trash-laden streets, some of which were quite strongly scented with urine, I thought “So what’s to like about first world?”

Sure, here I can flush toilet paper down the toilet rather than putting it in a bin.  And when I’m thirsty, I can just turn on the tap and fill my glass.  Chances are I won’t get frequent power outages or wild surges.  There is also a great metro system, but the one in third-world Medellin was pretty damn decent, too.  And cheaper. Yeah, the taxis don’t drive by honking their horn or flashing their lights at me in hopes I’ll be in need of their services.  Instead, they keep a respectable distance and attitude until they’re flagged over, but I can’t afford to take one here even if I wanted.

The cleanliness of health laws, I’m guessing, also means I can’t find any street food.  Where is my meat on a stick?  My churros, marquesitas, and tamal vendors?

My apartment has a washer in it? Excuse me, but I used to pay $3 for someone else to wash, dry, iron, and fold my clothes.  How is this progress? 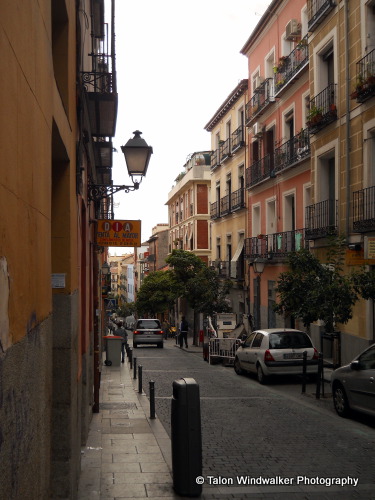 I can turn my stove on without lighting a match.  Actually, I had a bit of trouble figuring it out.  It’s one of those electric, flat panel jobs with no knobs.  I felt like I was in a Star Trek movie trying to figure out which alien symbol I pressed to first turn it on, and then it would turn off before I could figure out how to select which burner I wanted to use.

And can we talk about the shower?  I can’t turn around in it without bumping the handle that controls the flow of the hot water.  My toilet has so much water pressure it sounds like a 747 getting ready for takeoff.

Neither Tigger nor I have really ever had travel-related GI issues in those third-world countries, but a couple of days in modernity and we’re either hugging the porcelain throne or burping up gastric juices.

Tigger is as oblivious as ever, although he has joined my whine about the lack of street food.  When I asked him what differences, if any he saw, he said:  The people are less friendly.  Things are more expensive.  There are a LOT more people.  And the buildings are HUGE.

Don’t get me wrong.  Spain is nice, and I’m adapting.  I’m having fun with the challenge of working with new accents and a form of conjugation that’s really only used here (the Spanish version of y’all).  The grocery stores are interesting and much lower priced than I expected.  I’m also enjoying exploring and finding something new around almost every corner.  There is so much history here!

We’re now in southern Spain in Granada, and we have a bathtub which is quite a luxury for us.  Prospects are looking up, but I can still see “first world” all over the place.  I long for my simple, happy, third world.  Frankly, I’ll take third world over first any day.

Have you ever experienced culture shock? What was it like for you?