I’m going to start off by admitting I had actually never planned on visiting Poland. Until recently, I had never really heard that much good about it. Besides perogies and kielbasa, I really had never heard much about their cuisine, either. My only experience with other traditional Polish food was at a friend’s house in the 90s. The food was so disgusting that I still feel ill whenever I think about it.

However, lately I have heard good things about the country. Since we were so close geographically, it seemed silly to not at least go check it out. Besides, I did want to visit Auschwitz with Tigger to bear witness.

Krakow is one of the few cities whose name is actually pronounced close to how it appears. Polish is a tricky language, and words often sound nothing like how you would expect. We began our time in Poland here, and it was a good choice.

This is really a great city. It has a good vibe and a great transportation system combined with a ton of history.

The old town area is very interesting, and you can see some of the wall that used to surround the city. This sprawling city has definitely outgrown its original borders!

Poland keeps Christmas alive for much longer than other places. There were still plenty of decorations and lit trees throughout January. 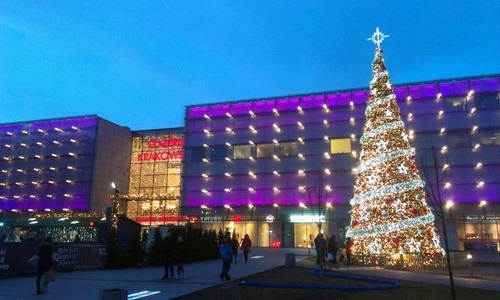 This country suffered a lot under the Nazis, and the Jews suffered even more. We began our look at Holocaust history by visiting the former Jewish ghetto and seeing the chair memorial. During the Holocaust, Jews were gathered in this square where they awaited being transported to Auschwitz I and II. Each of the 30 tall chairs represents 1000 victims from the ghetto. Smaller chairs are installed for people to use to reflect, and the installations have been incorporated into the tram stations leading to a pronounced effect. 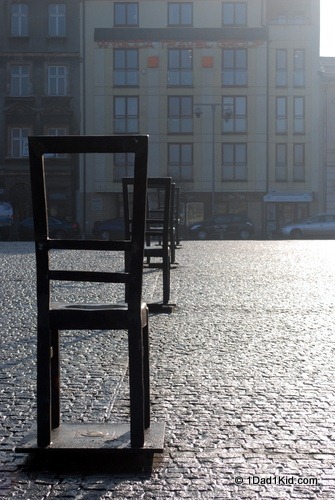 A short walking distance from the memorial is the infamous Schindler factory. Thanks to its owner, Oskar Schindler, 1200 Jews were saved from certain death in the concentration camps.

There is a less-known concentration camp not far from these sites. One can only handle so much of those places, though, so we did not visit it.

Jews were moved from into a fortified neighborhood soon after the Nazis invaded Poland. There were minimal entrances, and they were heavily guarded. Their disdain for the Jews was so strong that any window facing outside of the ghetto was bricked over.

Any Jew who was still fit to work had a better chance of survival. Once they no longer appeared fit for work, they were likely going to be sent to Auschwitz, and everyone knew that also meant extermination.

Krakow’s history goes back much farther than this time period. The Wawel (pronounced like vah-vel) complex has evidence of being settled in the 4th century. It is a complex complete with an impressive cathedral, castle, and other buildings.

Below the castle is also the cave of the Wawel dragon, which has a rather interesting set of legends. 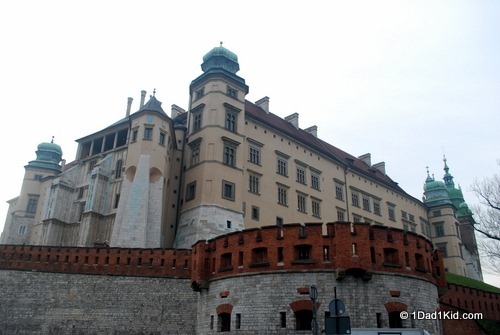 Not to be outdone by a legend of dragons, a corner of the Renaissance courtyard of the castle is known as The Chakra, a place of massive spiritual energy that is supposed to be one of the strongest areas of energy on the earth.

The complex is worth a visit and affords some great views of Krakow, too. You can walk around the complex and view many of the buildings for free.

Near the former wall of the old town you’ll find the barbican, a fortified outpost that used to be connected with the city wall. Near here is the Florian gate, a 14th-century structure which now serves as one of the entrances to the historic square. 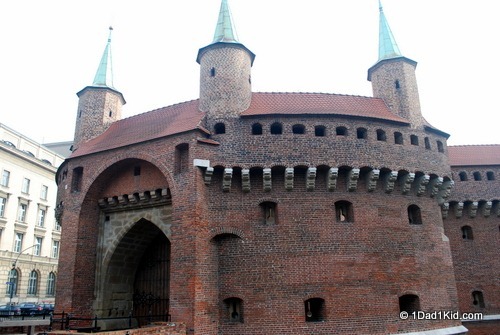 This whole section has some great architecture and tons of churches, and it’s fun to just walk around among the narrow, cobblestoned streets to see what you might find. While walking around aimlessly one day we came upon a street performer who was one of the most incredible violinists I’ve ever heard.

So, Polish food does not suck after all. It can be quite heavy, much like the cuisine of its neighbor Czech, but it has a lot of flavor. Of course, you just have to have perogies here, and you’ll find those aplenty. 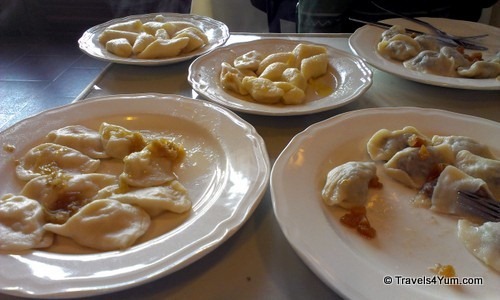 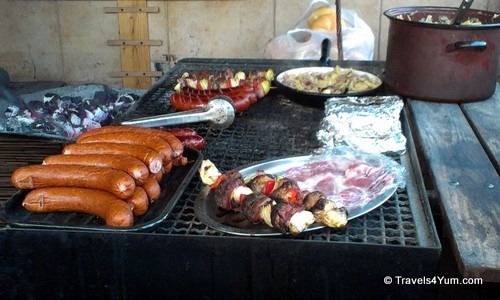 And if you just need a burger, let me recommend Love Krove. These enormous burgers will please the most finicky among you. 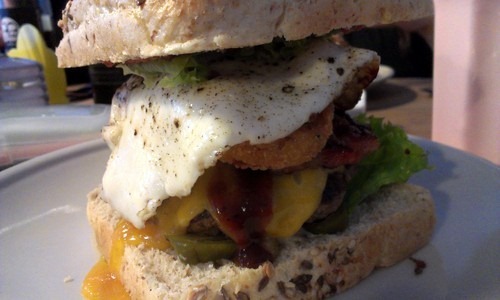 Krakow is full of surprises. If you’ve visited, what’s your favorite recommendation?