Visiting after the Christchurch quake

In February 2011, the largest city on the south island of New Zealand, which is also the country’s 2nd largest city, was rocked by a 6.3-magnitude earthquake causing over $40 billion in damage and killing 185 people.. The center of town was devastated, and the eastern suburbs experienced liquefaction. Now 2-1/2 years later recovery still looks very far away. Visiting after the Christchurch quake today was a surreal experience.

The cathedral in the square was long a symbol of Christchurch. Previous earthquakes had done some damage to the historic church, but the 2011 quake saw the complete loss of one whole side of the church, including its iconic bell tower. Today, it is surrounded by attractive fencing as it bears sober witness to the city’s destruction while the debate continues over whether to raze and rebuild or invest the multiple millions of dollars it would require for restoration. 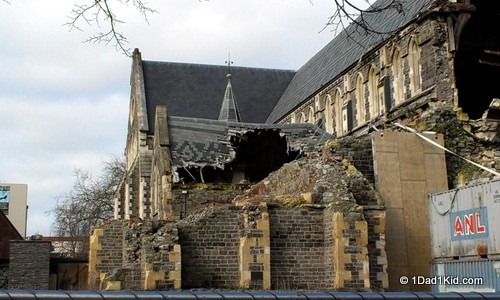 Near the square several shops have been replaced with repurposed storage containers. A creative solution which is quicker than what many business owners have had to endure. Many buildings are still deemed risky or have been condemned. Reportedly, multiple people remain in limbo waiting for inspections to determine if they can reopen their business, if it will need renovation, or if the building needs to be demolished. And funding any of those options is going to be a big challenge.

An extremely large section of the city remains uninhabited and behind fences. It is surreal walking around a city that was once quite busy and now closely resembles a ghost town. 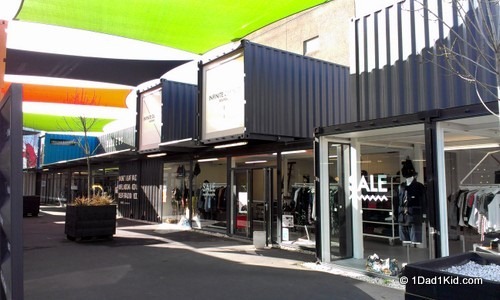 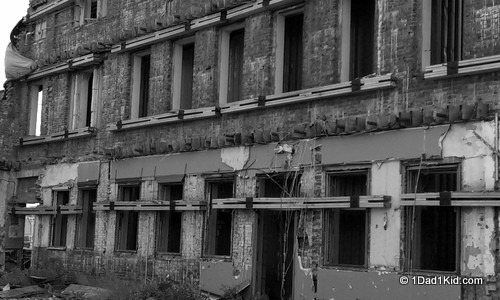 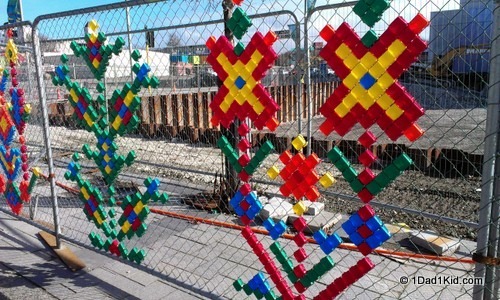 As we left Cathedral Square and the redevelopment center, we began to feel like we were strolling through a ghost town. Rarely any building was accessible. The streets were eerily silent. An occasional parking lot occupied the space cleared by the demolition of a building. Some buildings appeared safe but were clearly vacant, while others had only a single wall remaining, supported by a stack of shipping containers protecting the streets below from detritus. 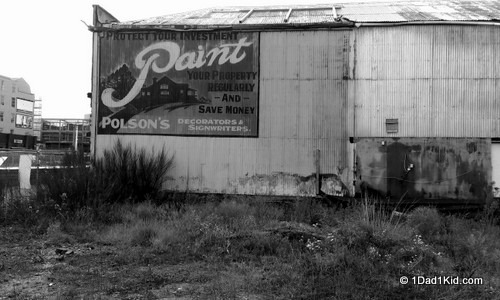 Aside from decorated fencing, there have been several installations to help beautify the city. The sculptures, colorful bicycle parking areas, and other installations add some vibrancy to the otherwise austere environment. 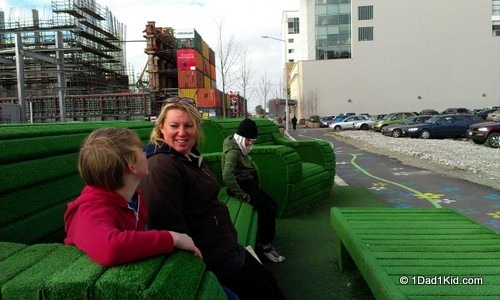 Seeing the effects of the Christchurch quake and witnessing its aftermath was a fascinating exercise, but one that also left us quiet and slightly discomfited. If you come to the city during a visit, I suggest not only walking around just to explore but also visiting Quake City where you’ll be able to see a different side of the city, learn more about the disastrous earthquake, and the lives that have been greatly affected by New Zealand’s most powerful natural disaster.

Have you ever visited a place devastated by a natural or other disaster? What was it like?