UK trains and other ways of getting around

Home » England » UK trains and other ways of getting around

One of the things I love about visiting Europe is the great rail systems that can be found in most countries. The UK has a very robust system. Unfortunately, though, it isn’t always the best, easiest, or cheapest way of getting around Britain. Here are some tips that will help save you headaches as well as money. 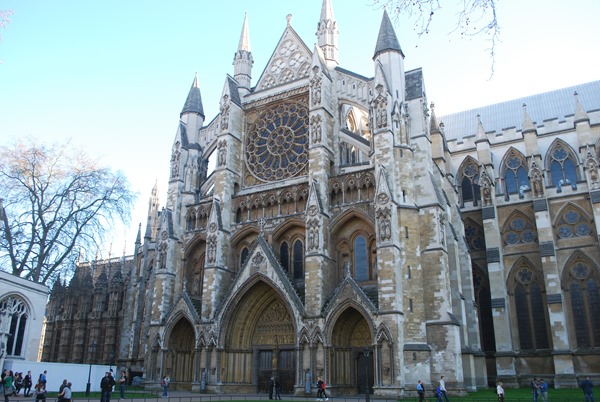 There are various bus companies that provide travel between different cities and for airport transfers. We have found National Express to be very good for both. They’re fairly reliable and punctual, but do keep in mind that traffic in some areas can be absolutely dreadful and no schedule can adequately plan for those unpredictable delays.

We have also used easyBus for airport transfers, especially from Gatwick. I have heard good things about Megabus, which often has much cheaper fares.

Most cities and villages have at least some public bus access. I have found Google Maps to be pretty reliable with showing accurate schedules, but the Traveline GB app (for Apple users) is extremely helpful. You can look up schedules and do route planning for pretty much anywhere in the UK. I’ve even used it in small rural villages. It does a great job of showing you different options that include the UK trains as well. And it’s free!

As you can imagine, bus travel between cities can be a long process. Often the train is quicker and more convenient but not always.

Buses can also be a bit expensive. Recently, we were staying just outside Manchester. A 20-minute one-way bus ride into town near the rail station cost over $7 USD for 1 adult and child (as opposed to fares of $1.25 USD per person in many European cities). Not necessarily a budget buster, but if you’re going to be taking buses a lot you need to be aware of that.

This can be quite the process. There are several companies providing service to the same areas. They can charge different prices, have different lengths of time for the same journey, etc. Amenities vary as well. Some have trolley service (coffee, tea, sodas, alcohol, light snacks, sandwiches, and so on), while some don’t.

In our experience, Virgin often has faster routes between larger cities. Sometimes their route shaves off almost 2 hours from a trip. They are also very responsive on social media, which I really appreciate.

One thing to definitely remember when traveling by train is that buying tickets on a non-commuter route in advance can save you a considerable amount of money. Often the further out the cheaper the deal.

I’ve tried various sites and apps, and the best one I’ve found is trainline.com. You can use either their website or their phone app for planning purposes, purchasing tickets, etc. If you create an account, any tickets you buy online will show up in the phone app as well, and vice versa. It’s extremely useful.

Whenever possible, though, it’s best to talk to a live person to get the best fares. For instance, in Scotland if you are traveling with a child between the ages of 5 and 15 during off-peak hours, they ride for free. But the websites don’t account for this.

Also, sometimes it’s cheaper to buy a ticket to a destination a few stations past the one you want. One of my friends said that her parents can save money by buying a ticket to a station 3 stops past their own. They just get off the train at the appropriate stop. You generally won’t know this type of information unless you speak with the ticket agents who know all the tricks.

But, if you’re not in the UK and want to get cheaper fares, then the above website/app is your best friend.

One downside is the site will often show you a certain fare (for return trips) if you travel “off peak” but it doesn’t show you what those hours are. Sometimes all travel is off peak for that route, sometimes the peak is quite a bit more expensive. You can be charged extra if you have an off-peak ticket and travel during peak time so be careful. If you scroll through the available tickets, though, you can usually figure out which is peak and off-peak.

During our first trip to the UK, trains were almost always completely on time.  This last trip, I would say that trains were late probably 75% of the time. Usually it’s just a few minutes, though.

Personally, I would not rely on long-distance train schedules if you’re on your way to catch a flight.

We had one issue where a train had to turn back because copper wires had been stolen from the tracks ahead and signaling was down, so they rerouted all trains. That caused us a 2-hour delay.

On another train ride, there was a gas pipe leak ahead and they stopped all train travel. That resulted in about a 4- to 5-hour delay for us. It also happened to be the day we were traveling from southern England to Scotland, so we had a 14-hour travel day thanks to this hiccup.

We had a train show up 20 minutes late because another train had broken down on the tracks.

So, if I’m doing something like being in London and flying out of Manchester, I go up the day before just in case.

If you miss a connection because of a late train, you can get a stamp so you can use your ticket on the next available train with that company. Ask if you can get a seat reservation for the next train, but don’t hold your breath.

Whenever this is an option, take it! Some of these trains get really crowded. We’ve been on several that were standing room only.

There are several different types of passes you can purchase that can save you a lot of money. For example, we bought the Family & Friends pass. This enables up to 4 adults traveling with up to 4 children (none of you have to be related) to get a really good discount. Adults get about 30% off and kids 60%. We’ve had many times where the cost for both of us to travel was less than it would be if I was solo because of this card. (For this pass you must be traveling with at least 1 child who is under 16).

Over the past couple of months, this pass has more than paid for itself, but the savings from just one of our trips was enough to recoup the cost. If you plan on doing a lot of travel within the UK by rail, it’s worth looking into these.

You can buy them online (you will need a mailing address) and at some rail stations. They issue these quite rapidly.  I ordered ours online at about 3 PM and received it the following morning, and that was standard delivery.

When buying tickets online or at a kiosk, you just indicate you have a pass. It will ask you to select the appropriate one before giving you the final cost. (You don’t need the pass ID# or anything like that, but you should have the pass on you when actually traveling in case you’re asked for it.)

The passes work the same with all rail companies.

Trains between some cities are regular commuter routes. These tickets are usually cheaper and are more open ended, i.e., a ticket is valid for a train any time that day. It also doesn’t usually matter when you buy these tickets. The price doesn’t fluctuate like other journeys can. Quite often these are cheaper (and faster) than using the local buses.

When buying some tickets, you will sometimes have the option to purchase a ticket for a specific train, or by paying a bit extra you can get a ticket that is valid for any train that specific day. If you use the website above, it will show you the various price options to help you better decide.

Generally speaking, I usually buy the anytime ticket when it’s available.  I just like the flexibility, and several times I have ended up leaving earlier or staying later than originally planned.

When looking at flights back to the UK before our upcoming trip from Glasgow to Mexico, many train tickets from London to Glasgow (a 5- to 6-hour journey if there are no issues) were ending up costing about $150 USD with our pass. Meanwhile, a 1-1/2-hour flight between those two destinations was around $40 USD total.

Make sure to check out flights when you’re going long distances in the UK. You may just save yourself a bunch of money and many hours of travel.

We didn’t do a car rental, but I know other travelers who have. I did consider it at some point. Rates were generally pretty reasonable (and often included insurance), so if you can handle the idea of driving on the left side of the road and paying about $6-8/gallon for gas, this could be a great way to travel. Rural UK is absolutely gorgeous, and you can have some experiences traveling by car that you wouldn’t have otherwise, and it’s also nice not to be dependent on rail and bus schedules.

It’s a worthwhile option to consider.

What other questions or tips do you have about using UK trains, buses, etc., to get around the country?