Things to Do in Lima

Home » Peru » Things to Do in Lima

Lima isn’t perhaps known as a big travel destination in itself. Mostly it seems to serve as the arrival and departure city for people going to other popular parts of Peru such as Cusco; however, it deserves some time as well, and there are some nice things to do in Lima.

The city is composed of districts, and the district of Miraflores is definitely a shining star. This is the capital’s more wealthy area and is full of chic restaurants, boutiques, and shopping centers that would put many North American counterparts to shame. Also, surprisingly, it houses several Las Vegas-type casinos.

The very well-known Parque Kennedy is also known as cat park for its rather sizable population of stray felines, many of which are not shy about getting in your lap to get some attention. They are quick to beg for scraps of food, even though plenty of cat food is set out for them. It’s a great place to relax and to grab a taste of local culture, even if you aren’t interested in playing with its furry denizens.

Parque del Amor is a nice little park with some interesting sculptures.

Meandering along the very long malecón offers great views of the ocean, and if you’re looking for a little adrenaline boost you can get a nice fix by paragliding. A 10-minute tandem ride (you’re attached to an expert) costs 150 PEN or just under $45 USD. 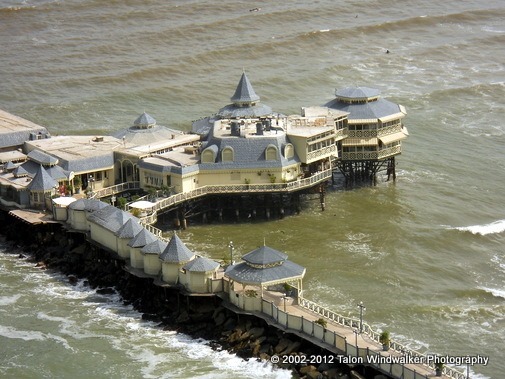 The upscale Larcomar complex offers restaurants with spectacular ocean views and stores that can often be hard to find outside North America and Europe.

In the city’s historic center are a plethora of old churches and former palaces, the latter all serving as government buildings now. A good place to start is in the Plaza de Armas, also known as the Plaza Mayor.

Take a short walk from this main square to gaze at the beautiful Palacio de Gobierno, the residence and office of Peru’s president. Monday through Saturday at 1 PM you can witness the changing of the guard, and free tours are offered on Saturday mornings (call 3113908 for a reservation, but you’ll need to schedule it by the Thursday before your planned visit).

Nearby is the San Francisco monastery which also serves as a museum. If you’ve spent a lot of time in Latin America you may be yawning at the prospect of visiting yet another church, but this particular edifice is also the site of Lima’s catacombs which are interesting to view, as is the interior of the former monastery itself.

Unfortunately, they do not allow photos or video (with our without flash) and there are nearly a hundred signs spread throughout the building reminding you of this fact. Admission to the monastery, which includes a guided tour (bilingual guides are available for English speakers), when we went were 7 PEN for adults (about $2) and 1 PEN for children/senior citizens. 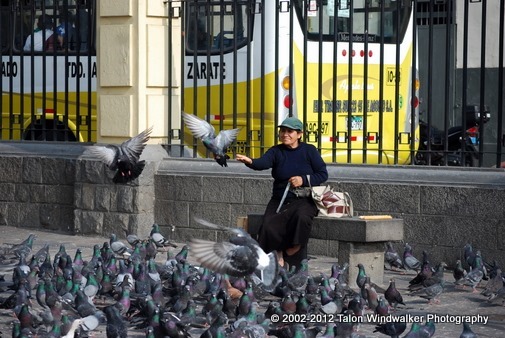 If you are traveling with children, it’s worth coming to the plaza (which is free) just to watch them feed and/or chase the large flocks of pigeons that congregate here. Don’t be surprised if several school-age children ask to have their picture taken with you or for your photograph if you look like you’re a gringo. They seem to derive great pleasure from this, and it’s harmless fun.

Parque de las Leyendas (site is in Spanish) is a fairly unique complex run by the municipality. It consists of a zoo, museum, botanical garden, a lagoon, and also is the site of many pre-Incan ruins. The park is open seven days a week, including during local holidays, from 9 AM to 6 PM. Admission is fairly reasonable at 14 PEN (about $4) for adults, and children ages 3-12 are 8 PEN. 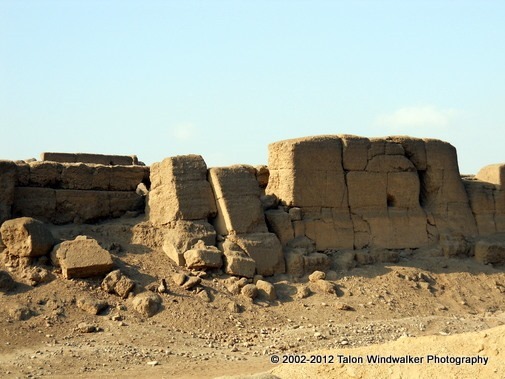 Lima is a coastal town, and its beaches are popular year round, especially with surfers. Known as the Costa Verde it is not only highly walkable but also a great bike ride as the circuito de las playas transverses four different districts. While the waves probably can’t be classified as world class, it’s still a beautiful spot to surf, swim, or just to enjoy the fresh salty air. During the non-summer months, you’ll definitely want to wear a wetsuit as the water is quite chilly.

Another thing to remember is that Lima is one of the gastronomy hotspots of the world, and there are certainly enough diverse places to please even the most selective of foodie palates.

Tierra Santa has great Middle Eastern food, and Manolo has wonderful churros. Friends highly enjoy Wasabi for their all-you-can-eat sushi, which has some very unique twists.

If you’ve already been here, what are your favorite things to do in Lima?