Unusual things we miss as nomads

We’ve been living as nomads for close to 1000 days! When you travel long term, it’s obvious there will be some things you miss. Tigger misses having local friends, sometimes a permanent base, and we both miss having a pet. A lot.

Then there are the small things that you don’t really think about until you’re on the road for awhile and can’t find them. Sometimes these cravings can be quite odd.

One of the items I find myself missing the most is a good bagel, or any bagel at all.

Bagels are one of those childhood memory comfort things. Growing up, my maternal grandfather always had a big bag of bagels in the large freezer in his den. He always bought them from a place called I ‘N Joy Bagels in California. My favorites were garlic, pumpernickel, and onion.

While traveling, I sometimes find it quite difficult to find ANY bagels, even those crappy frozen aisle ones. In Bangkok, I discovered a place, and both of us were in seventh heaven. I ended up spending quite a bit of money there.

Tigger was so impressed he was ready to consider Bangkok as a base.

Another weird thing I get cravings for are Red Vines (a type of red licorice). I don’t know what it is about them, but every so often I just need them. Asia doesn’t really do licorice, and it appears that Romania doesn’t either because I can’t find any in the stores. I was ecstatic when I found it in Australia and New Zealand!

My fingers are crossed for Vienna.

Some cravings make sense, like Thai food. I’ve really been jonesing for green curry, and since Romanians apparently aren’t into spicy foods, I can’t find any hot peppers so that I can make some. Actually, I can’t find a lot of the stuff I’d need to make a good curry here. Perhaps in Bucharest, but not anywhere else we’ve been. 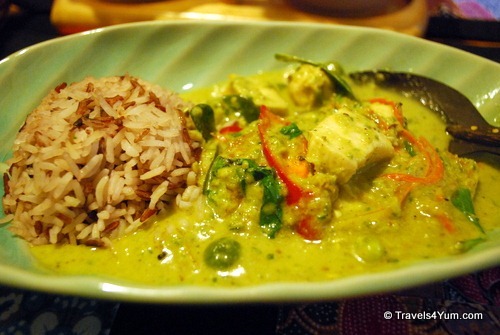 Mexican food is another one I miss, but that’s a little easier to substitute. Although the lack of spicy peppers and corn tortillas is a real bummer.

Tigger misses Nerds and Nerds Rope. These were some candies that we could find in Australia, but have had challenges elsewhere.

I don’t normally eat sushi except for a California or avocado roll or the ones containing cooked shrimp. I don’t really do raw fish thanks to an experience I had while working in the ER (the patient had a rather impressive parasite that had made a hole through the wall of their colon, and it was attributed to “improperly prepared sushi”). Yet recently I’ve been craving it like crazy!

I finally found a place in Brasov that has it so that was a relief. I still don’t know what that craving was about, but I’ll have to hit that restaurant again before we leave. I kind of doubt I’ll be able to afford sushi in Vienna.

And we both seriously miss Lucky Charms cereal! Never had it that much at home, but now that we can’t find it, of course we need it.

As you’ve probably noticed from any photo that I’m in, I am not what you would call a slave to fashion. However, in my previous life in the States, I had a bit of a watch fetish. I kept it under control simply because really nice watches are expensive. However, while we’ve traveled I’ve had to make do with an ugly, generic-looking watch we call the Utila Diver’s Special. It’s a super cheap watch that you’ll see adorning the wrist of many divers on Utila. Inexpensive and rated only as “water resistant,” this Casio watch has gone to depths beyond the recreational limits of scuba diving. I press the buttons while underwater all the time. It takes a beating but still works well. But I am so bored with having only a homely watch. It’s been my only watch for over 2 years now. I finally decided enough was enough and bought myself two nicer watches as early Chrismakah presents.

It’s kind of funny how different it can make you feel to have a . . . more fashionable accessory on your wrist.

In the States, I always hated when Christmas decorations came out before Thanksgiving. I think the overwhelming commercial way it is celebrated in the US was the big turn-off for me. As we’ve traveled, I’ve found myself really enjoying them more and more. Even if they show up before the end of November.

This year in particular I have probably driven poor Tigger crazy as I’ve elfed out at any sign of Christmas decoration, lighting, etc. He really couldn’t care less about all the pretty lights, the smells of the holiday markets, and so on.

I’m the kid in this family when it comes to things like this. At least he’s patient enough to go along and not distance himself when I threaten to grab his hand and break out skipping.

We’ll be in Vienna in one week. They really do the Christmas spirit thing well there. Poor Tigger just may end up skipping with me anyway. 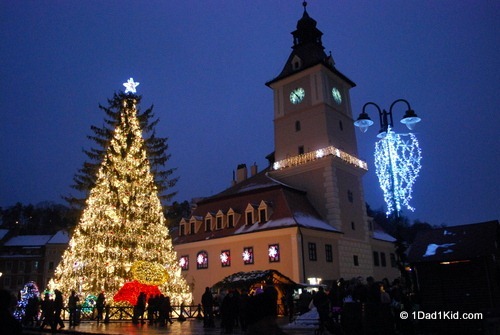 Life as nomads is rarely ever dull, and I love it. Even if I sometimes have to wait months to get my teeth into a bagel with schmear.

What are some unusual or silly things you find yourself missing?