Note : This is part 1 of a multipart series about Peru.  All photos are protected by copyright.

In the past several years, I have tried to make at least one big trip a year.  Last year it was the Philippines, a country that wove itself into the fabric of my heart in an incredibly deep way (see my last post What Defines Us?).  So after the new year, as I gladly gave the finger to 2009, a year that was one of the most painful of my life so far, I contemplated returning to the Philippines and taking a side trip to Cambodia.  As I considered my options more, I remembered that I have always wanted to visit Machu Picchu.  Following my Vivez sans regrets! motto, I decided this would be the year, and so I began planning.  Then I remembered that the winter solstice in Peru is in June.  I did some more investigation and discovered there was a marathon in Pacasmayo.  I love when I can mix in another love with my travels (which is why I went to Paris in the spring so I could run the Paris Marathon).  And it would work out perfectly so that I could be at Machu Picchu during the solstice.  How freakin cool would that be? That settled it.

Peru has so many different regions and so much fascinating and amazing culture that it would definitely take more than one trip, or more than the 2-1/2 weeks I had, to adequately explore it.   So I settled on first going to Cusco and Machu Picchu, then on to Puerto Maldonado to stay in the rainforest, and then I would fly up to Pacasmayo, explore there, and finish off my Peruvian trip with the marathon.

First off, let me say that the Lima airport is pretty modern.  It was pretty comfortable napping in the gate area except for the loud prerecorded announcements that blare over the intercom system at regular intervals.  There is free WiFi throughout the terminals, but you have to sit pretty close to where the signs are posted to get a decent signal.  The Peruvian restaurant at the far end of the food court is actually quite good and reasonably priced for an airport food joint. 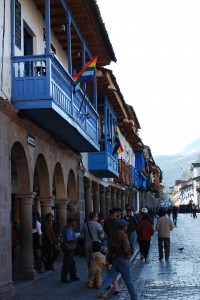 pride flags.  It’s a common mistake people make, but don’t mention the comparison.  They’re pretty sensitive about that, and understandably so.  The Incan flag is well-treasured, respected, and important.  We’ll talk more about Cusco in the next post.

I stayed at a hotel that provided airport pickup and was close enough to walk to the Plaza de Armas but far enough to not be in the heavily tourist-occupied section.  In spite of the throngs of tourists there to witness Inti Raymi, a re-creation of ancient rituals to keep the sun from retreating further from the earth, I loved Cusco.  It has a fascinating mix of Incan & Spanish architecture, is very walkable, and it’s easy to get away from the major tourist sections.  Often I was the only white person around.

There are some different options for getting to Machu Picchu.  Having had a rough year, I decided a little pampering was in order, and so I forked over the criminal fare to take the fancy train.  We were treated like royalty.  The guide did a great job once we were there, and we had plenty of time to explore on our own. 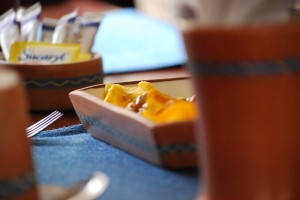 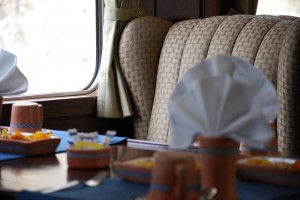 It was an incredible experience to be at Machu Picchu during the winter solstice.  As you walk around, it becomes readily obvious why the people who built this phenomenal place felt it was a place of great power.  The apus (dieties that dwell within the mountains; sharp peaks are male, and rounded peaks are female) surround it, the weather can fluctuate wildly, the mosquitoes are like ninjas, and the air almost hums with a whisper of the sacred.  The more time you spend walking around the structures, the more you are filled with awe.  My other more modern surprise was that I had 3G service throughout the ruins. Why I can get 3G at Machu Picchu and constantly hit dead spots in Denver, I’ll never understand.

The walls are built without mortar, yet even a piece of paper can’t be inserted between them, in spite of being placed in an actively seismic area.  Not a lot is known about its purpose, but much of it is designed around tracking the sun’s movements and especially its location during the critical winter solstice when the sun appears to be at its furthest point from the earth. 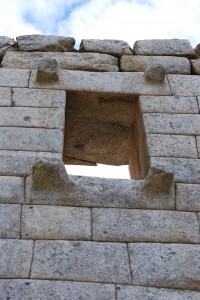 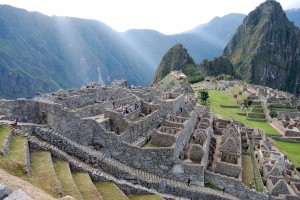 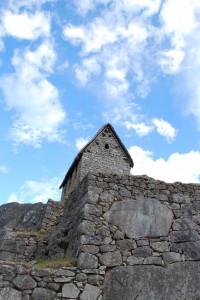 The climb up here is quite the wind-stealer, but the views are worth it 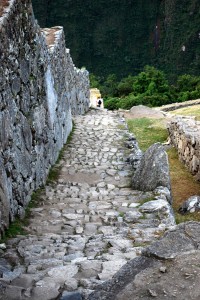 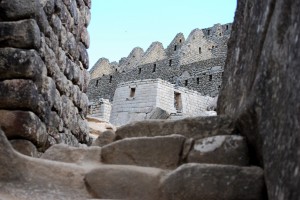 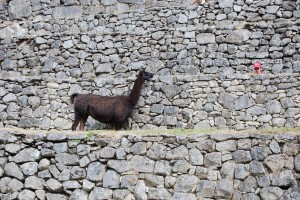 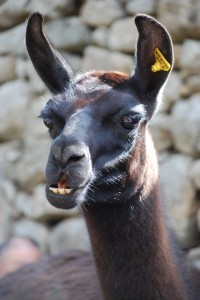 You can find more pictures here.

My 2nd winter solstice of the year will be in our home state of Colorado.  Being a culturally mixed family, we have our own holiday celebration called Chrismakah.  We’ll be celebrating it during the solstice.   Talking about winter holidays:  May your holiday season, whatever form that may take and wherever you may find yourself in the world, be filled with joy and love.  From Tigger and me.