Note : This is part 3 of a multipart series about Peru.

I’m quite positive this title is going to get me a lot more spam and bots, but I couldn’t resist.

Before we head to Saqsaywaman (pronounced similar to “sexy woman”), I realized I forgot to mention a possibly little-known fact about Peru:  They have some great chifa places (Chinese food).  I can’t rate this recommendation since I only went to one, but I can definitely suggest the chifa across the street from the main entrance to the Wanchaq market.  Really quite good Chinese food.  The owners were pretty grumpy with one of their staff, but everything else was pretty good.

Wanchaq market is very large and fairly typical, but it felt more claustrophobic to me than other similar markets.  Perhaps they had more tarps and things since they had officially entered winter (even though the days were mostly sunny and warm to a non-Cusqueño).  I much prefered the one near Santo Domingo, which also had a plethora of food places.  Not a tourist in sight, which is my favorite.  When I went back later in the day, I saw a few more as the Inti Raymi crowds began arriving, but it seems they were all trapped on the plaza, which was fine with me.

The Spanish built right over the site

Santo Domingo is next door to Qorikancha, the Temple of the Sun.  Your admission to Qorikancha also gets you into the grounds and church of Santo Domingo, which are really quite phenomenal.  In the park below you can find the three main spiritual symbols of the Incas:  the condor, puma, and serpent. 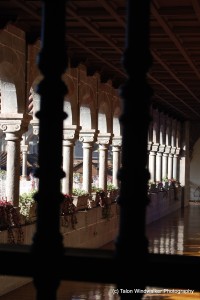 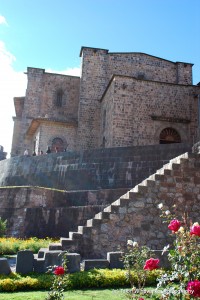 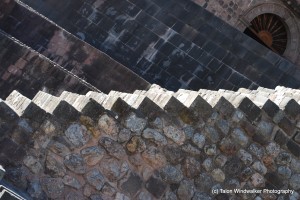 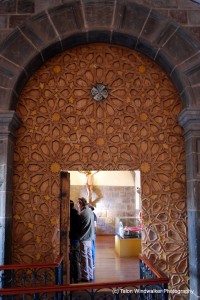 Saqsaywaman is believed to have been a military training area in addition to, naturally, fulfilling some spiritual functions.  It is located on a large hill overlooking Cusco.  There are a variety of ways of getting there.  I went on foot.  It’s a pretty reasonable hike on paved roads and then cement steps if you’ve adjusted to the altitude.  If you haven’t and don’t have the patience for frequent breaks, take a taxi or bus.  There are definitely some steep stretches, but they’re short-lived.  While it is certainly nowhere near as impressive as Machu Picchu, the thing I most enjoyed about Saqsaywaman was watching how local children play among the ruins, the alpaca grazing nearby, seeing the farming areas, and observing local indigenous people in their daily life.  If you decide to walk up, stay away from Calle Resbaloso. It means slippery street.  I didn’t find it overall slippery when I went down it on my way back, but I would not want to have to walk up it on my way to the ruins. 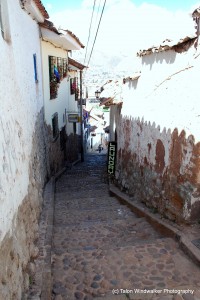 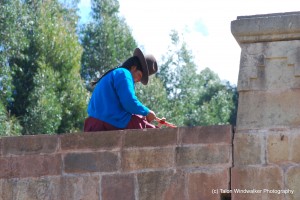 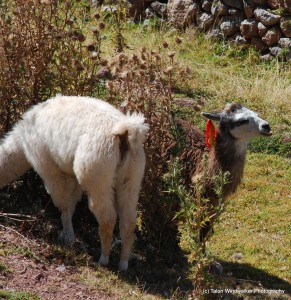 You will need a tourism boleto (ticket) to access the site.  You can buy them at various locations in Cusco, especially around the plaza, but they’re also available for purchase at the site, which I think is the easiest way really.  When I was there in June 2010, the cost was s/35 (12.47 USD) and included at least 4 other museums and sites.  If you’ve come around the time of Inti Raymi, I would wait for at least 2 days after the celebration (3 would be even better) so that they’ve had a chance to remove the porta-potties, stands, and stage from the main courtyard.  Make sure to write your name EXACTLY as it is on your passport.  When I was there the staff were going to refuse to let a teenager in because the name on the boleto was Jack, which was the nickname for his legal first name. Luckily she was willing to listen to my explanation and let him in.

Of course there are guides available for hire, or you can go with a group, but as I often passed close by them I never heard anything that would’ve supported paying the price.  Machu is worth a guide, Saqsaywaman not so much. 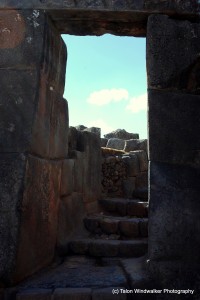 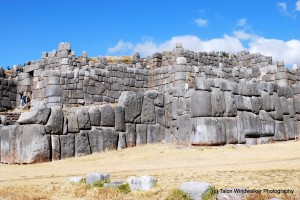 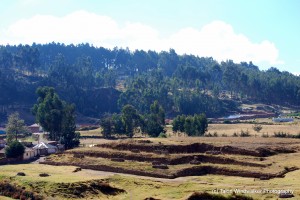 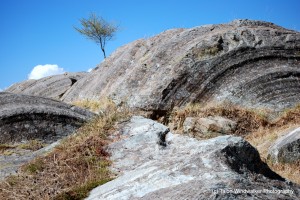 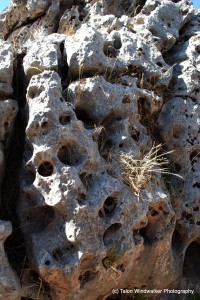 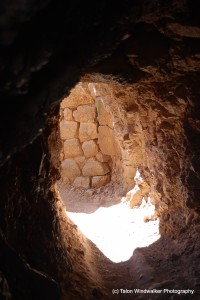 Across from Saqsaywaman is the White Christ, a large statue of Jesus Christ.

While it was a bit interesting, if you don’t have a lot of time in Cusco, I wouldn’t rate this location as “worth the trip.”

Before I visited Saqsaywaman, I went to Tipón.  I hired one of the hotel clerks I had come to know for s/60 (21 USD), which included transportation and his time (which was about 5 hours, so incredibly well priced).  He was majoring in tourism and seemed to have a good breadth of knowledge.  I’ll admit I was a little unsettled when we got into his borrowed car and he immediately began making the sign of the cross and invoking the saints.  I knew driving in Peru could be an adventure, but he was making me nervous.  Thankfully, the saints either weren’t needed or were doing their job.  The drive to Tipón was much tamer had great views of the hillsides, farms, and small town Peruvian life. 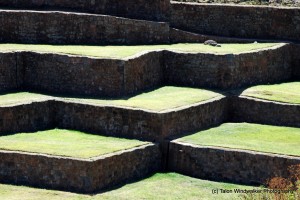 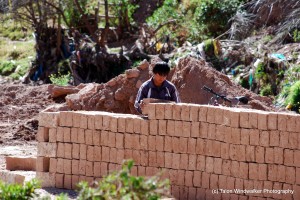 Tipón is another location that requires the boleto.  You can purchase it here, or if you’ve been to some of the other sites before coming here, there’s a good chance your boleto covers Tipón.  It does utilize the same boleto as Saqsaywaman.  This site seems to have been mostly agricultural; however, there is also a lot of spiritual significance.  The site sits against a mountain.  Water flows through the ancient aquaducts from the heart of the mountain.  Since all mountains have spiritual natures, this is very special.  You will see Peruvians filling up water bottles and wiping their face with handfuls of the water because of this.  When you take the short walk up to the higher set of ruins, you will notice Incan pottery fragments lying in the path.  I loved the accessibility and feel of these ruins.  These ruins are fairly different from others in the area, so I would say it’s worth the trip.  Plus even the locals in Cusco will tell you this is the best town to sample cuy. 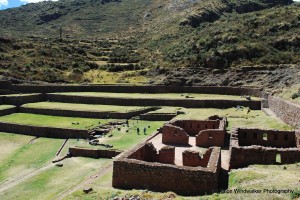 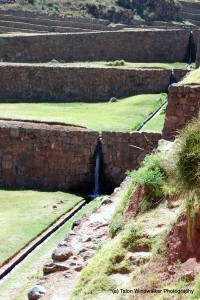 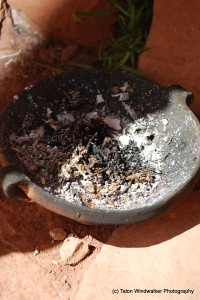 This is the initial stream coming from the mountain 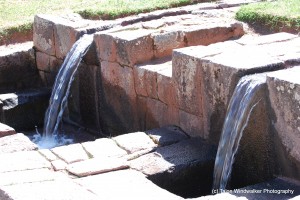 It then separates into 2 streams representing the 1st man & woman 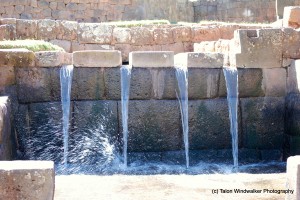 And finally it breaks into 4 representing their children 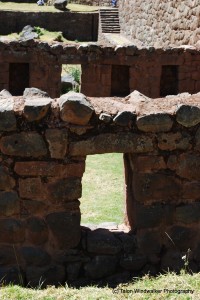 On the way back to Cusco, we stopped at a cuyería. The owner was super friendly and not only showed me their cooking process, but made sure to artfully arrange the cooked guinea pigs so that they would look better in my photograph.  It’s really hard to replace the experience of eating what most people in the world consider to be a cute little pet while you’re sitting outdoors surrounded by gorgeous hills and verdant pastures and drinking a Cusqueño Negro.  It ended up being one of my most favorite memories from my almost 3 weeks in Peru.  One note about cuy: If you prefer eating skin of things like fried or roasted chicken, don’t get cuy roasted.  The skin is very thick and really isn’t all that edible unless it’s friend.  Unless you have a mouth like a wolf or something.  The flavor was very similar to quail but even tastier.   Plus you can gross out all of your friends and family back home which is always even more fun.  He knew he had a foreigner and could’ve easily taken advantage of that, but my whole meal, including the brewski, fresh fruit and yummy side dishes, was about s/15 (just over 5 USD).  Unfortunately, I wasn’t a travel blogger when I visited, so I didn’t note the name; however, as you’re heading back to Cusco, it’s the largest cuyeria on the right side of the street.  It has a more festive decoration and is really hard to miss.  I think it’s also the last restaurant on that side of the street before you get back on the highway that leads back to Cusco. 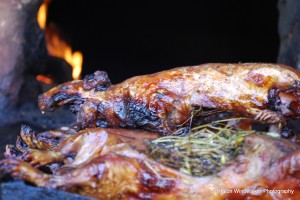 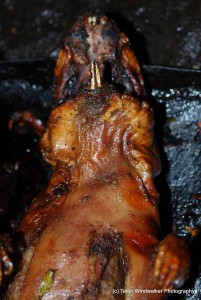 In the next post we’ll be leaving the sacred valley behind and heading to the Amazonian rainforest near Puerto Maldonado, which was my absolute favorite part of the whole trip. 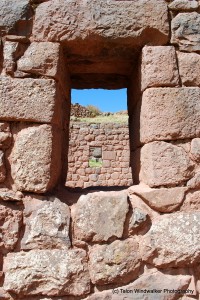