I’m a big proponent of being who and what you are no matter what people think or say. But there are times when one must be completely pragmatic, especially when being who or what you are could end up with you being dead.

I struggled with my sexuality throughout a large part of my life. When I grew up, nonheterosexuals didn’t have the plethora of discussion and visibility that we do now in the US and in most developed (and many developing) nations. I knew two things: I was different, and being different could get me seriously beat up.

Looking back I can remember feeling “different” from the time I was 7. As I got older and entered those oh so lovely hormonal years, I knew it more and more. When at a friend’s house sitting there giggling at his big brother’s Playboy and Hustler magazines, I noticed he and our other friends were making comments about the women’s body parts.

I hadn’t noticed because I was too hypnotized by the men’s anatomy. 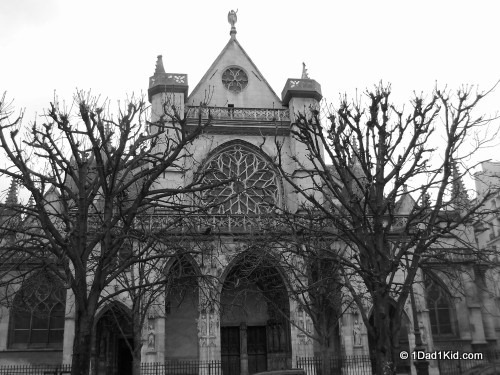 When I was a young teen and the neighbor girl put her hand inside my shorts while we watched a movie, I was mildly interested. Later, when her male cousin did the same thing to me, VAVOOM!

I had no one to discuss these weird feelings with. There was a kid at school who was quite . . . obviously “queer.” I avoided him as much as possible because he was constantly being picked on and beat up for being a “faggot.” The lesson was tremendously clear: If you want to survive, you keep your mouth shut and try to be “manly.”

My bad knees wouldn’t allow me to continue playing soccer or to participate in any of the other butch sports. And there was no way in hell you were going to get me to kneel down on a mat for wrestling during gym class. I was never so happy to have a doctor’s note in all my life. Instead, I did martial arts and fencing.

Somehow I missed the irony of a gay boy playing it straight by dancing with another boy while holding a sword and maintaining the other wrist limp above my head.

When I was 19, I came out of the closet so hard that I blew the doors off the hinges. Those were my militant homo days. I proudly wore my pink upside-down triangle earring with my hot pink Pride T-shirt in our conservative, small desert town. As a manager, I informed job candidates of my gayness because I wasn’t going to let anyone put me back in that wretched hiding space.

Being emotionally fragile, I ended up joining a church that offered me the feeling of family and acceptance I never had. I bought their message that I could be changed, and that God would cure me of my “same-sex attraction.” I did all the “right” things. I served the church, was incredibly active, and even married a woman.

When my libido started to decrease, I figured it was just part of God’s cure. Then I was diagnosed with testicular cancer. As part of the workup, we discovered my testosterone was in the basement. Actually, it was hiding under the floorboards. The doctor started me on hormone-replacement therapy, and . . . my cure disappeared.

I fought it for over a year. Finally, I was stuck in an extended-stay hotel room with free cable for a month while traveling for work. I had heard good things about a show called Queer as Folk. I watched it, and I’ll never forget the feelings I had. It was “These are my people” mixed with “There’s nothing wrong with me.”

I realized there was nothing to cure. I’m simply wired differently than some other people.

I accepted that, came out to my wife, went back into therapy, and so on. Eventually we divorced, we moved on, and the rest you basically know.

I continued to wrestle with my identity for years. I don’t like being gay. Never have, not sure I ever will. But, I accept it is part of me. Just as I am artistic and compassionate and have naturally three-toned hair. I’m not happily gay, even though I’m a happy person. If I could change my sexuality, I would do so in a heartbeat. It’s a hard life being gay. I’m also not ashamed of being gay. Just like I’m not ashamed of having brown eyes.

And being queer has been an unexpected challenge of doing long-term travel. As much as I despise living in fear, I have to admit that I am afraid of being out sometimes.

Don’t even get me started on dating. A straight man can walk up to a woman in a grocery store and try to start charming her, or overtly try to pick her up. If she’s uninterested for whatever reason, he can walk away with perhaps only a slight ding in his pride.

I can’t do that with a total stranger. If I misinterpreted my gaydar, or got someone who is still unaccepting or closeted regarding their sexuality, I could easily get the crap beaten out of me, or worse. And in many places, police wouldn’t be bothered in the slightest. In some countries, he’d probably even get a medal for it. 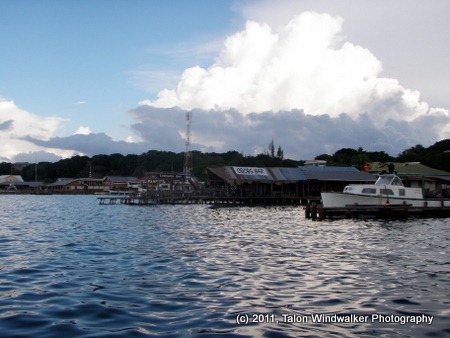 We lived on Utila for 8 months. It is a very accepting place. Utilians have a basic attitude of “If you aren’t hurting anyone else, you’re fine.” I had seen two male locals who were much like my fellow student from middle school. But I’m a foreigner. With a kid. I decided to watch and wait and stepped back inside my closet.

We were there 7 months before I finally said something to someone in response to a question he asked. He was a trusted mentor who was from Switzerland originally and had lived his entire life living in other countries. I knew we were leaving soon, so I felt there was less risk.

And, frankly, I was just sick of hiding who I really am.

I finally stopped biting my tongue at work and being more relaxed because I felt I was generally safe doing so. Then we moved to South America. I felt relatively safe there so didn’t have to struggle with controlling my tongue or making comments that might not be expected from a man.

In Spain and France, I once again couldn’t care less.

It isn’t like I have a need to wear “I’m gay!” on my sleeve. I don’t have a rainbow flag anywhere in my possession. I don’t feel it’s a big deal. But I do have a certain type of wit and an irreverent sense of humor, and I don’t like having to keep that in constant check. I don’t like having to fear making eye contact with a hot guy. (Sooo grateful for dark sunglasses in Morocco!)

If it wasn’t for social media, I’d probably explode! Chatting with and following people like Globetrotter Girls, Two Bad Tourists, and Indefinite Adventure help me remember I’m not alone out there.

Then we headed to Morocco. While I know there is a strong gay undercurrent, there are still certain laws on the books, and I can’t endanger myself or my son. So I was forced to retreat into my shell once again. While it remains my favorite country thus far, I cannot see myself living there long term because I simply can’t live somewhere that requires me to hide to be safe. Sometimes I wish had the bravery (and joy of being gay) of Jaime from Breakaway Backpacker, who found love in Egypt of all places.

Thailand was an absolute relief. Not only is there a fascinating ladyboy culture (because they are considered by some to almost be a third gender), but Thais are fairly open about many things. I didn’t fear being overheard making a comment that would out me. I didn’t constantly wonder if my high-pitched voice and some of my mannerisms would betray me.

And now we’re in Malaysia, a country that has an actual, official publication telling people the signs that their children could be gay and encouraging them to squash that before it settles in. (Hint: If you’re a guy and wear sleeveless shirts, you’re probably a ‘mo.)

I believe traveling with a child has really helped me fly under the radar, so to speak, in some countries. The few times when I have come out, even to fellow foreigners, there is usually surprise. How they can hear my voice and not know always shocks me, but it isn’t all that common to find a single gay man as a parent (or even a straight one), so I guess I understand it on some level.

I struggle with living in the travel closet, though.

Thankfully, it has a revolving door so I can be out and jump back in whenever needed, but I still despise needing it at all. And, yes, I’m also aware of the profound blessing of being a foreigner in such a land because it means I can leave. I feel for those who are trapped in countries that make it okay to respond to sexuality with violence. That knowledge doesn’t make it anymore enjoyable to be in those situations, though.

Kind of like how knowing there are starving children in Africa doesn’t make it any more likely that I’m going to put broccoli in my mouth.

I wrestle with it as well because one of the big messages I have for my son is to live your life on your own terms and to not let the opinions of others dictate how you live. I feel a bit like a hypocrite hiding behind the lovely shield of the closet while telling him it shouldn’t matter what someone else thinks. Even though I know there’s a big difference between getting stares because your hair is messy versus being stoned because you’re a woman attracted to other women.

As we travel and continue to explore the world, we keep our eyes out for places that could be a long-term base for us. While we have some basic needs (must be near water), I have another one that’s high on the list: I need to be free to be me.

Really, don’t we all?