The Life of a Gay Man in Romania

Home » Romania » The Life of a Gay Man in Romania

We both love Romania. That’s no big secret. Romania is no fan of the LGBT community, however. I had a taste of what it is like to be a gay man there when we lived in Brasov in 2013. While there have been positive changes—mostly because of the fall of Communism and the necessary changes to become part of the European Union—things are still not where they need to be for the LGBT people living there.

After the interviews I did with gay people living in Malaysia, I received many requests to continue the series in other countries where it can be challenging to be gay. In a country where people feel they have to remain deeply embedded in the closet, it can be tough finding someone who is willing to speak about their experiences, even anonymously. Thankfully, “C,” a young gay man living in western Romania has stepped forward.

Please tell our readers a little about yourself including your name, age, and anything else you think would be helpful.

C, 22 years old and still in the closet. The only people that know about me are my parents, who are embarrassed and don’t accept the situation. Living a quiet life after a disappointing relationship.

At what point did you realize you were gay, and did it take you a while to accept it?

I think I knew about this when I was 6 or 7 years old, but I didn’t know how to name it. At around 17-18 I knew that I was gay. The way I found out was that I felt attraction for a teacher from school.

Romania is a religiously conservative country. What role has religion played in your life growing up, and what role does it play for you as an adult now?

My family wasn’t a very religious one. Everyone had their own beliefs. My father is atheist, my sister the same, and I’m the same. We never went to church, and we weren’t connected to the church. I was baptized Catholic but that’s all. Now it’s the same thing, I don’t find any connection with religion.

Are you able to be out with your family members? Coworkers?

My family found out some months ago, but they don’t like it. They don’t accept it, and they don’t want to speak about it. My sister and my father are not talking to me now. Nobody else in Romania knows about me. Outside, I have friends that know the truth.

When my mother found out, she told me that she had pills (like vitamins) for the family, and she put together a list of psychologists for me to see.

I’ve read that Romanian men can be so closeted that even if you spot them making out with another man in a club they’ll deny they’re gay or bi. What has your experience been?

I agree with this. For example, on online gay sites everybody that’s over 35 lists himself as married to hide better. Nobody wants to share a picture because they are scared of being made public. But this probably happens because until 1995 (I might be wrong with 1-2 years) being gay was forbidden and everybody that admitted it was jailed.

Knowing somebody in Romania is very difficult. As I said, nobody wants to speak or reveal his identity. I was in a relationship with somebody for a while, but it was online 95% of time because of his social status. When we used to meet we were flying somewhere in Europe to have more freedom. I later found out he was married with children.

How difficult is it for a gay man to live in Romania? You’re in a larger city. Do you feel that life where you live is different for a gay person than in other large cities in the country?

Bucharest is a bit different. It has more tourists and people coming for business than in other cities in Romania. The diversity brings more gay people, so the opportunity of meeting somebody (for sex or relationships) is bigger than in the other parts of the country.

When it comes to difficulties, imagine that in 22 years in Romania I haven’t seen more than 3 gay couples on the street. Why? Because the effect of appearing in public as gay could be devastating for yourself—risk of being beaten, lose your job, friends, etc. 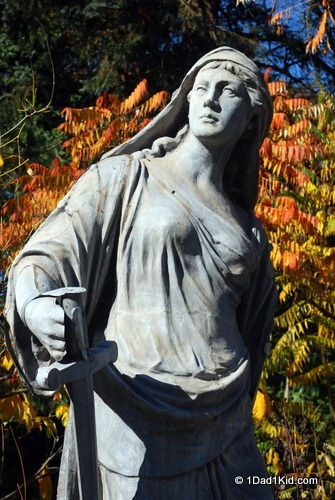 Do you ever feel concerned for your safety when visiting a gay club or going on a date? How do you deal with relationships in a place where being closeted is the norm?

I don’t live for the gay life. I prefer my quiet life, so I don’t really go to gay clubs. But I would go on a date without hesitation. It’s nice to meet somebody and to try to build something together. For the right person I would do anything to have a normal relationship, even if I would avoid showing this in public. If there will ever be an opportunity, I think that living in another country would be the best thing. I am not desperate about this, but I think that having somebody is something that could boost the quality of my life.

Do you find it difficult to find men to date? If you and a partner wanted to live together, what precautions do you feel would be necessary?

Yes. It’s always hard to find somebody in Romania. I don’t know if I’m too picky and maybe look for men in a very restricted niche. 😉

Living together is possible. Everybody in Romania (especially fresh graduates) tend to share a flat because the prices of 2- to 3-room flats are cheaper than 1-room flats. I would definitely try to avoid kissing in public, holding hands or anything that could show my sexual orientation, though.

According to some surveys, Romanians dislike homosexuals only marginally less than the Roma. What has been your experience?

I think that gays are hated in Romania even more than the Roma people.

What advice would you give an LGBT foreigner who wanted to move to Romania?

Dating is OK, especially in Bucharest, but Romanians are known as scammers all over the world so try to be careful. Avoid kissing, holding hands, or cuddling in public. Anything else is fine.

We’d like to thank C for sharing a glimpse of what it’s like to be a gay man in Romania. It definitely has me thinking about some things.