How I Kicked Depression In The Teeth And Travelled The World

Note: This is a guest post from a fellow traveler and blogger who has battled with depression.

My life wasn’t going the way I’d foreseen it. I may have been the slightest of dreamers as a teen who’d just assumed life was going to turn out the way I’d always imagined it would, but there was enough drive in me that I never thought that the life I wanted for myself was unreachable. 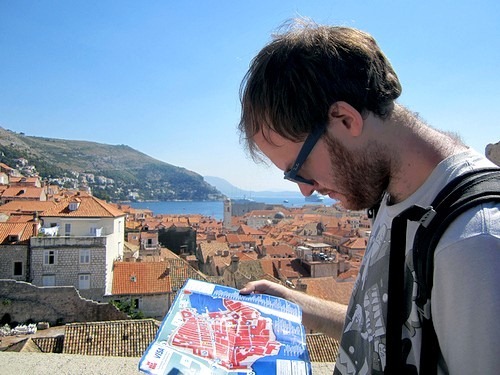 I was ‘asked to leave’ high school education due to a large lack of attendance on my part. I’d stopped going to school each day as I’d spend hour after hour seated in the common area whilst the other students in my year attended classes for courses I hadn’t signed up for that year. It was pretty boring waiting my turn for a lesson that I wasn’t engaged with anyway, so when I woke up one morning and considered that an extra two hours in bed was far more preferable to two hours in a dusty school room, I stayed put.

Being asked to leave school was tough, but not as tough as entering into a life of long and miserable hours spent in my first job at McDonalds. I spent close to five years working there and met some of the greatest people who’d all have long-term effects on my life, but I just didn’t see things working out there. I wanted something else, something further up the ladder that was closer to my expectations. Five years later and I was stuck in another dead-end job trying to climb a management ladder that was disappearing as I climbed higher due to the company edging closer to bankruptcy.

The future I’d predicted for myself wasn’t ever going to be one that others ever envied, but I’d aimed high in my retail job and worked long hours because it gave me purpose, it was a mountain to climb, but I felt I had the right gear to get me to the summit. 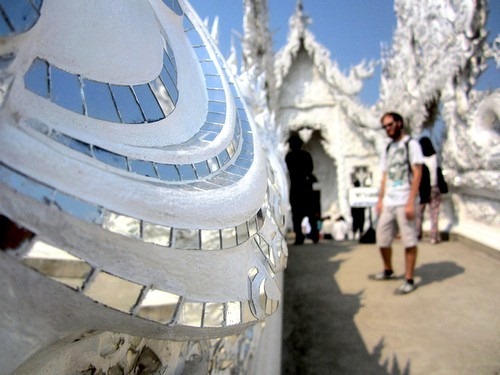 As reachable as it might have seemed, the reality was that I wasn’t going any higher, just stagnating—a real recipe for depression.

Each day began with dread, a horrific feeling that clouds your mood, clouds your thoughts. I struggled to leave the bed that I’d spent most of the night jumping out of whilst screaming curse words at myself. The hour-long walk to work only made matters worse, spending the entire 60 minutes compounding my dark thoughts with layer after layer of self-doubt and loathing.

Then the fake calls of ‘sickness’ into work. “Sorry, food poisoning again.” Sure, they probably knew the truth (or simply assumed a heavy night drinking prior), but they didn’t raise the issue until I did several months down the line.

Speaking externally instead of internally was the smartest step. I’m still so proud of myself for talking at a time where I hated each thought in my head, knowing that I was competing against them, that I shouldn’t let them win. The hardest lie I fought against? My brain telling me that I didn’t love Franca. Explaining that to Franca was the first round in a long fight against myself in which I wanted to become the unquestionable heavyweight champion. I knew it wasn’t true, yet my brain wouldn’t let it rest.

It wasn’t the only confusing thought that I had. Sometimes my brain would be suggesting one opinion but my mouth another. That conflict was so hard to grasp and understand alone, but once I spoke with Franca the confusion remained. I wasn’t alone in my stand against it.

Artists talk of muses as their inspiration for their creativity, Franca was my muse for stability. Without her alongside me I don’t know which path I would have wandered through in the dark. Thanks to her I spoke to a professional, got a bearing on which of my thoughts were my own and which were a darker force. I spoke to my manager and together we structured out how we were going to go forward, but the moment that set me on a lighter path towards clear thoughts and clear judgments free from the depression that had proven such a valiant foe was the surprise and immediate holiday to Venice.

Unbeknown to me, Franca had spoken with my line manager and organised a much needed holiday away from everything to what would soon become one of my favourite cities in the world. It’s cliché, I know, but as beautiful as the canals are, and as adventurous you can be wandering through the tiny streets and climbing the many bridges, it’s what travelling to Venice did to my mind and my future that places it so high on my list.

Sitting outside of a corner cafe, beneath an open parasol and a warm summer sun, sipping on a spritz cocktail and listening to the gentle mumble of Italians beside us as the clatter of espresso cup and machine continuously stops and starts inside, I couldn’t imagine being anywhere else. Everything was just to perfect. The feeling of an unknown place, and undecipherable language, the hum of people gossiping during lunch, the tut-tutting of the cafe shop owner as schoolchildren wander on by generating more noise than the a thousand coffee machines working simultaneously ever could. The company.

A foreign place, a foreign tongue, but with someone familiar to share it all with felt all to perfect; and the thought slowly creeping into the back of my mind that in two days’ time I’d be back in uniform and back at my till was all too much for me to comprehend.

As we paid and made to leave, I couldn’t help but start to question if ‘this’ was real, that ‘this’ was reachable. Why should I return to dark thoughts in an job with a likely dark future? ‘This’ wasn’t a dream or something make believe. Why shouldn’t we travel more? Why shouldn’t we *always* travel? We’d been reading about other people who travel full time, people who’d quit jobs and careers they’d spent more than 10 years on, people who said “the rat race isn’t for me” and sold all they had to travel.

I wanted to kick depression in the teeth and that sweet surprise trip that Franca had put together was the start of it. It was the incentive I needed to put an end to where I thought I was heading and a full-stop on the thoughts of an unhappy future I’d started to foresee for myself.

We put a plan together, started to save, kept reading travel blogs and thought; “why not us?”. 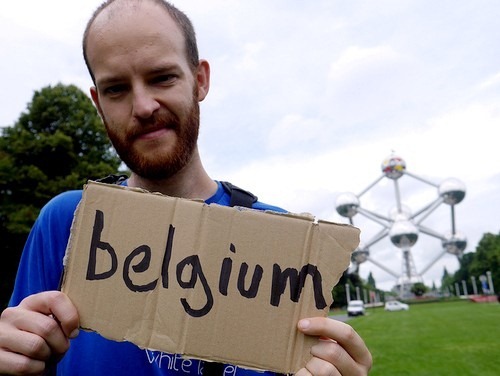 It took about close to a year for us to save and during that time my handling of my depression had its good days and the bad, but knowing that the future we both wanted was within grasping distance was my crutch through each miserable day. I avoided medication, attended and soon forgot the meetings and advice that came with trips to the doctor.

None of that was the solution. I’d found that already.

Looking back now at the past two years of our travelling across the world, I realise that I’ve not had a single one of those thoughts since leaving work for the last time in June 2012. I count myself incredibly lucky for the circumstance in which I find myself now, sitting in Berlin with Franca reading her book beside me in what’s just this week become the beginning of our third month in the city. It’s not luck or good fortune that brought me here. It’s talking at the right time, making the best decisions for myself, and grasping every opportunity. And whilst I know that’s easy to write sitting here right now whilst so many continue to fight against their own depression and personal demons, it was speaking out that started it all. Telling the truth to someone I trusted helped me to beat depression, enabled me to kick it in the teeth, to tell it who’s boss and what was right and what was wrong.

Travelling has taught me more in the past two years than I ever learned in the 10 years prior to that, but the biggest lesson of all is that communication was the key to my happiness. Talking to someone I held dear made the biggest difference not only to where my life was heading, but also to how I began to deal with all of the personal issues, mental confusion and dark thoughts that were having far more of an input into how I was living my life than I should have allowed.

Don’t ever be afraid to talk, that there’s no one out there to listen. It’s just not true. Talk to me, talk to Talon, talk to your closest friend, family member, or colleague. There’s an ear for you somewhere in the world, you just need to open your mouth and start talking. 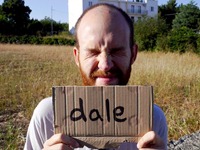 Dale is one half of AngloItalianFollowUs.com, the Anglo-Italian couple who left the UK in June 2012 in search of architecture, art, design, music – and now – vegan food.