When preparing for my 1st sojourn to Paris in 2006, I received LOTS of suggestions from people. Two things grabbed my attention the strongest: Get a crepe with Nutella, banana, and almonds; and the French are incredibly rude! 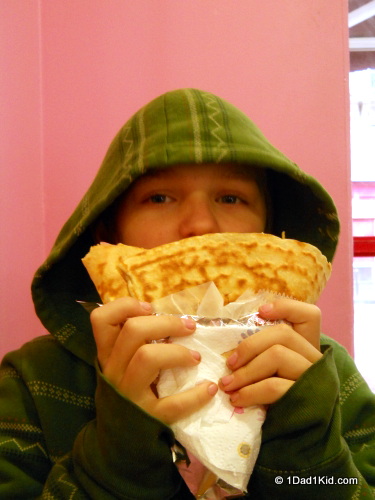 The rudeness of the French is as legendary as the Eiffel Tower is iconic. Even though everything I read said that one did not need ANY French to visit Paris, I don’t travel that way. I like to learn as much as I can of the local language. I studied French on my own for about 6 months before heading to Paris.

Did I need French? Non! Everywhere I went, almost everything was either bilingual or so obvious I didn’t struggle.  One may not know what a boulangerie is, but if you look in the window and see the baguettes and other breads, you know it’s a bakery.

It may not be clear what sortie means, but since there was a photo of a person walking out of a door and large crowds of people were getting off the metro and heading in that direction, even a person without a word of French can figure out that’s the way to the exit.

My first encounter with the rude French was at my local boulangerie. After 3 days of getting my breakfast there before beginning the day’s exploration, I was asked something in French I couldn’t remember. She waited patiently while I pronounced it over and over. When I was obviously drawing a blank, she finally said (in perfect English): “I asked if you would like it heated.” I was blown away! She had NEVER spoken English to me. Then she went back to French. She knew I was trying hard to learn French, and she had been accommodating that the whole time. What a bitch! 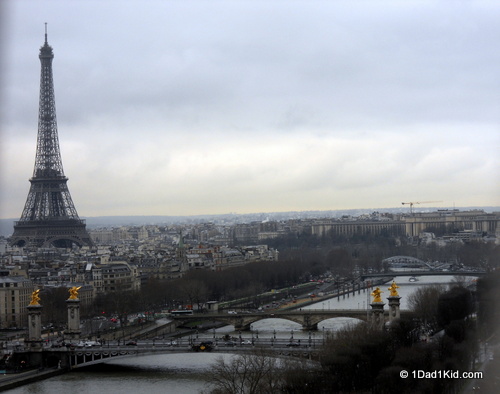 My next encounter would occur later that day. I was trying to find the Parthenon and was having a bit of a struggle. I stopped a well-dressed man carrying a briefcase and politely asked “Ou est le parthenon?” He stopped in his tracks, guided me backwards almost a block, and patiently gave me directions up the street to the building, smiling and waving goodbye as I uttered a grateful merci! Such a prick!

Time after time I kept having these experiences. I was confused as hell. Where were all the rude French!

Almost seven years later I returned to France with my son. I figured perhaps I had been in such awe of Paris that I simply saw what I wanted to see. I pondered if the romance of it all had blinded me to subtle rudeness.

This time we began in Lyon. We headed to our hosts and arrived at their home at close to midnight. Even though they had to work the next morning, they fixed us food and visited. They made sure I had more books and maps than the tourist office offers before saying goodnight finally.  On our last night in their place, they fixed us the local typical meal of raclette. We had spent only a few nights in their home, but when we left, it felt like we were leaving old friends.

Their fellow citizens of Lyon were equally friendly and wonderful. We couchsurfed for a couple of nights with another fabulous couple before heading to Paris. 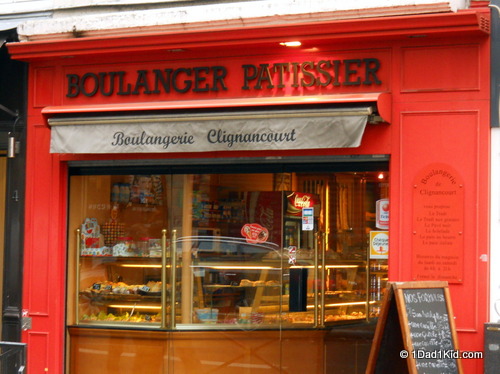 Our welcome to Paris? As Tigger struggled to get his suitcase through the metro turnstile, someone went out of their way to come help him since I was in the process of getting my stuff through my own similarly narrow passage.

The next day I watched someone go down a steep set of stairs simply to help a woman trying to go up the stairs with a stroller.

Out of over a week traversing the City of Lights, I only had 1 person that I was tempted to use some of my “other” French words on.

Still, I thought it must just be me. Then we met up with some fellow bloggers, Patti and Abi, who had been traveling in Paris. We wondered together at the absence of the rude French.

Maybe they were all on holiday? Or, maybe they’re all hiding in the villages.

Even our hosts in Lyon told me how rude the French can be. I still haven’t seen it.

And I’m okay with that. France remains one of my favorite countries, and Paris still owns a big part of my heart. Even if it is full of allegedly rude French people.

Have you ever experienced a local culture that seemed markedly rude?