Temple of the Sun King

On my 2nd day in Paris, I decided to take the train to Versailles to see the infamous palace there. I had never seen more than a few pictures of it, but nothing I had heard or seen prepared me for my first sight.

When I first left the metro station, I just walked around Old Versailles. I was amazed at the sheer number of very old buildings still in daily use and the quintessential red & white striped-awnings over small cafés. After walking around for a bit, I decided to head toward the palace. As I meandered through the narrow streets, all of a sudden I faced a vision that sucked the air from my lungs. The main palace is such an incredible sight that even the mounds of dirt and occasional port-a-potty from the construction and restoration project cluttering the foreground could not diminish its grandeur. And that was just the beginning. 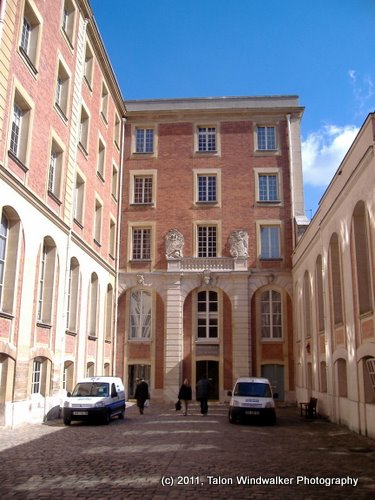 If you plan on hitting museums and other sites, you’ll want to invest in the Paris Museum Pass. Not only will it save you money, but you can often skip the long lines at such places as the Louvre.  If you see a long line at the palace, head to one of the side entrances.  This is usually the shortest line. You don’t need a pass to enter here, but you can purchase it at the window. On top of it, you won’t miss any part of the palace. The audio guide, available in 10 languages, is included in the cost of your admission to the palace. If you aren’t using or buying the museum pass, you’ll want to buy the Passport which gives you admission to all the various buildings on the estate. 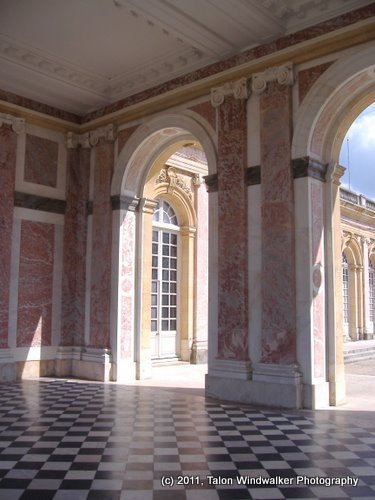 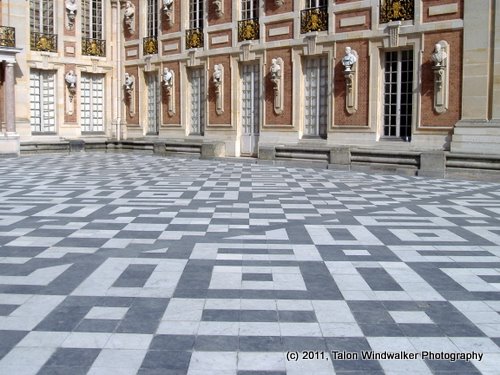 Plaza of the Honored, Palace

Make sure you bring your camera. If you forget, though, they do have disposable ones for purchase. You can get by easily without much zoom power as well. There are only a limited number of areas where flash is not allowed. Plan on spending a day at Versailles. No, I’m not exaggerating. Seeing the stunning Hall of Mirrors is worth the trip alone. 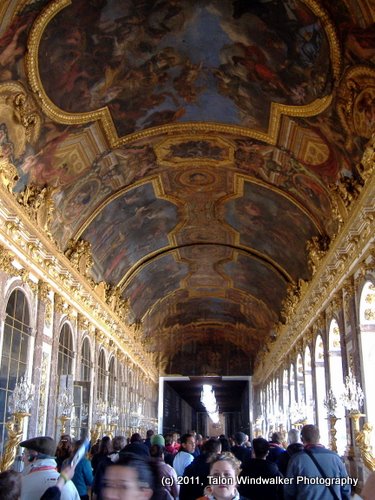 Closeup of the mirrors 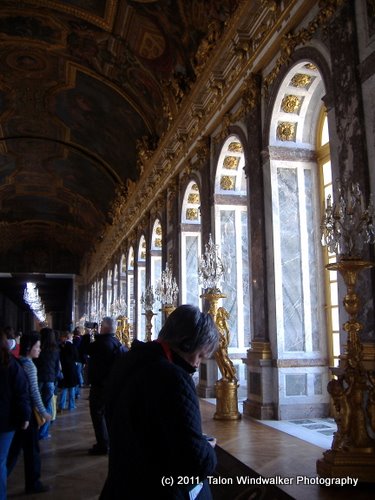 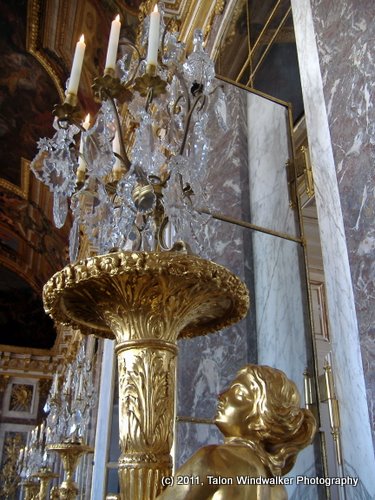 Once you finish touring the palace, you’ll exit onto the immense grounds. If you are bringing children, they will most likely be ready to bounce off the walls by now. Once on the grounds, they can run around, jump off the steps, and work off all that built-up energy. The fountains are only operational at certain times between April and October. There are shows timed to music during the day and some nighttime displays as well.  In addition to the other buildings, such as the Gran and Petit Trianons, there are a variety of gardens as well, and all of them are worth exploring. 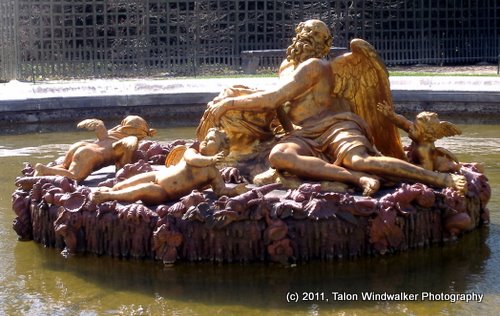 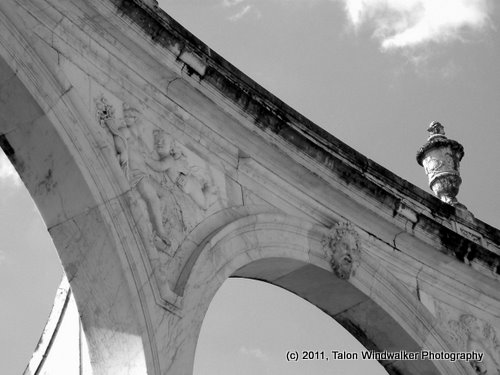 I had purchased some food at the bakery near my hotel for lunch so didn’t try out the various eateries found on the grounds; however, I did check out prices, and they were fairly reasonable by Parisian standards. The grounds are perfect for a picnic, and you are welcome to bring food or leave the grounds and return with some.

The estate is quite large but still walkable. There is a mini train that you can take for a fee. Entrance to the gardens is free. If you are mobility-challenged, there are also electronic vehicles for rent. You can get bicycles at the Place de la Petite Venise. Feel like boating? Row boats are available at the Grand Canal.

As you face the Grand Canal from the rear of the palace, make sure to take the stairs going down to your left. These lead to the Orangerie. It may not be a “must -see,” but it is very interesting and a very peaceful area in its own right that I don’t believe attracts many visitors. You can also save it as your final stop since there is a gate by which you can exit the grounds. Across the street is another gorgeous public park which is worth visiting. 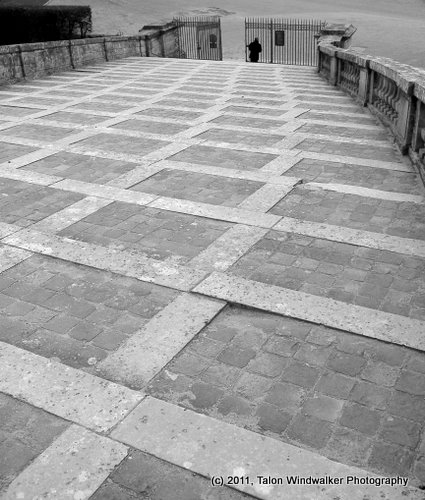 The amazing Temple of the Sun King, a nickname for King Louis XIV, is definitely worth the short train ride and several hours of your time. And even though Paris is known as the immortal City of Love, Versailles gives it a good challenge for the title. This glorious place will end up being one of your most memorable experiences.