While there are ton of things to do and see in Paris, I wanted to write about some of my favorite Paris attractions.

Paris could also be called the City of Museums. I wouldn’t be surprised if the official count exceeded one hundred. The Louvre is probably the most well known, but for me it was just visual overload. By the time I got to the paintings, I just wasn’t that interested anymore. Their collection of sculptures is absolutely fantastic, though. Here are some museums that aren’t as crowded and are worth the visit.

This former rail station has been transformed into a beautiful setting for a tremendous collection of art from the mid 19th and early 20th centuries. The sculptures are displayed in a wide, open fashion which allows you to appreciate them at a slower pace and from various angles. Unlike the Louvre, this museum doesn’t get as much attention. I visited in the springtime, and there were no crowds and no line to enter. 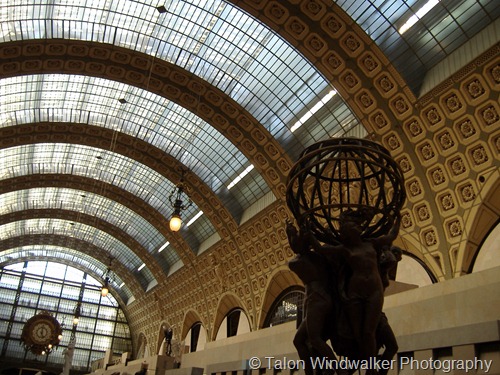 This is a very unique museum in that a small part of the collection is indoors and a very interesting collection is located in a garden environment. Rodin is probably best known for his sculpture Le Penseur (The Thinker); however, that piece was just part of another incredibly elaborate work known as The Gates of Hell, which was based on Dante’s Inferno. There are so many elements of this fine sculpture, that you can spend a good amount of time just staring at this black gate.

This is another museum which doesn’t get nearly the traffic as other museums and consequently is a very enjoyable experience. 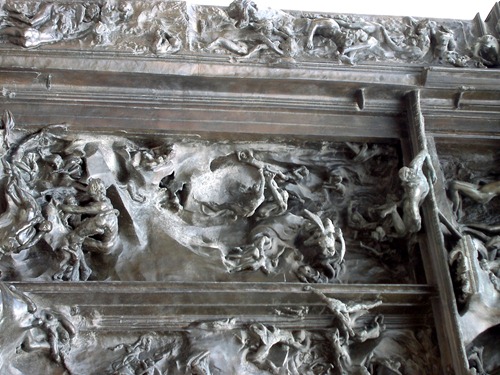 Located near the absolutely fabulous Luxembourg Gardens, this building houses some very interesting items. Foucault conducted his demonstration of the earth’s rotation in this building, and you can see the pendulum in operation (although the original sphere is actually located in a different museum).

There are beautiful murals depicting part of the ancient history of Paris as well as some of France’s accomplished and historical figures, such as St. Joan of Arc (my favorite saint).

Interred within the massive structure are some of France’s most important historical people such as Voltaire, Madame Curie, and Louis Braille. Alexandre Dumas’ remains were interred here in 2002, an act that was seen as an important recognition, and righting, of the racism that plagued France during his time. Although this particular problem seems to still be a significant issue in the country, unfortunately.

The building is worth a visit on its own merits. 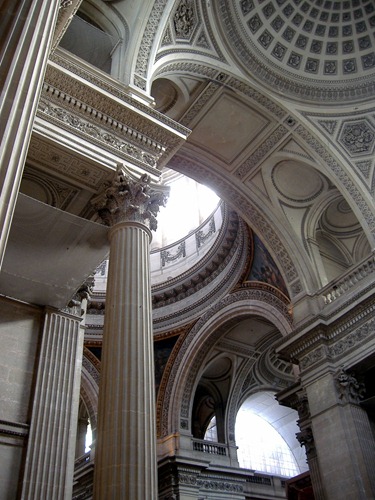 This is probably my favorite park in all of Paris. The statues, fountains, great expanse, flowers, trees, etc., just create such a fantastic atmosphere. When I think of “enchanted gardens,” Luxembourg is what comes to my mind immediately. 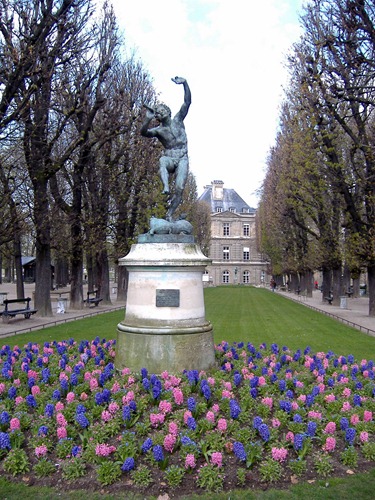 This smaller park is located in the 8th arrondissement. The main entrance is a rotunda with a gilded gate. There is so much character to this park, and it is filled with mostly locals which gives it a different feel for visitors. If you enjoy people watching, I think I prefer this park the most.

Located near the Bastille, Concorde, and the Louvre, these gardens are well placed. In the warmer months, you can find lots of fun things to do in the park with kids. Seats are placed near some of the larger fountains so that you can just relax. Impromptu concerts by street performers are not uncommon here. It’s definitely worth a visit.

This wooded park is located in the 16th arrondissement and is quite lovely. Things can get a bit sketchy at night, so I’d visit earlier in the day when you’re more likely to be able to enjoy the surroundings. There are lots of great paths for walking, running, skating/blading, and biking. 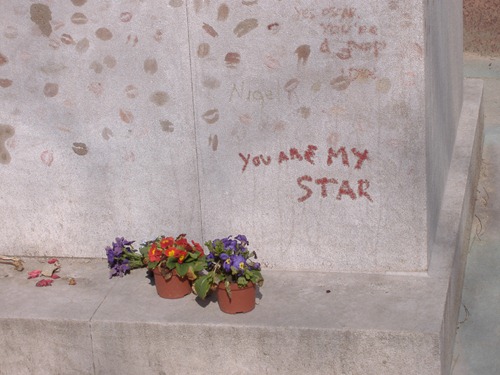 This cemetery is quite famous for being the location of Jim Morrison’s grave as well as Oscar Wilde’s emasculated tomb. The latter has had so many people kissing it, and was vandalized, that there is now a barrier preventing lip prints from Wilde’s admirers. I’m glad I got to visit it before the barrier was put up even though I wasn’t about to plant my lips on his tomb.

Some of the tombs are impressive pieces of art, and even if you aren’t a die-hard fan of anyone buried here, it’s worth a visit just to look at all the history and the rather ornate burial places. Some of the statues in this cemetery could easily be part of a museum collection.

A great day trip from Paris, this town and palace are both worth the visit. While you can get there easily by train, some people will be bold and do a car hire so they can visit some of the local villages and towns as well.

One can easily spend more than a day just visiting the palace and its grounds. This is one of the few places in the world that I can say actually took my breath away when I first saw it. I’ll never forget the moment when I turned a corner and saw the palace in the distance. I stood mesmerized for a few moments before I could continue walking.

The main palace, the adjacent buildings, the gardens, and the fountains are absolutely amazing to see. Between April and October, you can see the fountains in action, but they’re beautiful even if the water isn’t flowing while you’re there.

If you come in winter, make sure to check their website before heading out. If there is snow on the ground, they tend to close the gardens, and frankly I’m not sure I’d visit if you can’t access the gardens. You’ll only be able to view the main palace in that case, and really you need the whole picture. 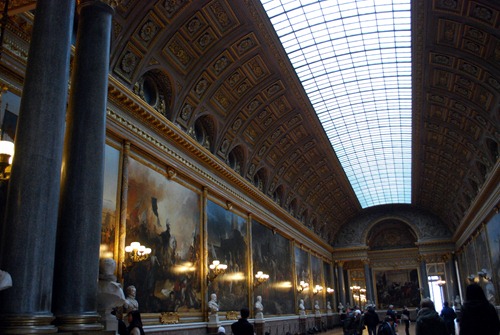 One of the most touristy places in the world, but it’s worth it. I’ve been on the tower at least 5 times, and I never tire of seeing it. Yes, it can get incredibly crowded, but it’s an experience you just have to have in my opinion. Make sure to visit at night as well so you can see the light show.

Everyone knows about Notre Dame. While it is an impressive structure, and the interior is quite lovely, not a lot of people visit the much smaller Ste. Chapelle located on the island part of the city. It has incredibly beautiful stained glass windows and fantastic architecture.

When coming to visit, also stop at the Conciergerie nearby. This building was once part of the royal palace and served as a prison. The interior is quite interesting as is its history.

This is my favorite landmark in Paris. It is so different from every basilica I’ve visited, and there’s just something about the Montmartre neighborhood that speaks to me. When I want my mind to be instantly transported to Paris, I just think of this beautiful church.

This is a large medieval church located just outside the city of Paris. It is one of France’s monuments as most of the former monarchs of France are entombed here. It’s really quite a fascinating place to see and worth the short trip out of the city.

What are some of your favorite Paris attractions?