The best park in Lyon

One of the many things I love about Europe is its plethora of fabulous parks. Often you can find a bucolic respite in the midst of the most urban surroundings. While we weren’t too keen on Madrid, it did have an amazing park! When preparing for our visit to Lyon, I had asked some fellow travelers about their suggestions for France’s third largest city. More than a few recommended the best park in Lyon, the Parc de la Tet d’Or. 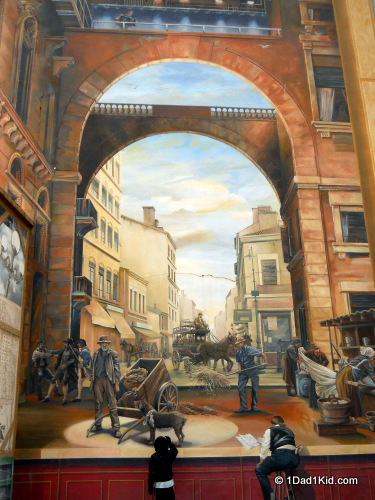 The park of the golden head? I’d visit it based just on the name alone! (The name came from a legend that a treasure with a Christ’s head was buried somewhere in the area.)

As is my way, I don’t do a lot of research before going somewhere new. Yes, it’s contrary to my former travel style, but I enjoy being surprised and discovering things. All I knew was it was a big park that “is really cool.” And it had a funky name.

I’m a sucker for “funky.” (As long as we aren’t talking about odors.)

We were still trying to acclimate to France’s much colder weather, and the day we picked to explore the park happened to be one of the colder days of the week.

After misinterpreting the metro system map, we ended up walking all over the area near the park. Moroccans are much more relaxed about meal times, while the French restaurant staff think they should have a break between lunch and dinner apparently. This meant that every place we wanted to eat was closed until dinnertime.

Where did we end up? Come on, take a guess. I’ll give you a hint: We’ve just spent 3 months in Morocco and were pretty sick and tired of the food.

If you guessed Moroccan, you’re close. It was a halal (Muslim version of kosher) deli. Thankfully, they had some things that weren’t Arabic-inspired. I had my first experience with their version of a taco which was more like a wrap, if one normally eats French fries inside the wrap.

It’s efficient at the least, no? 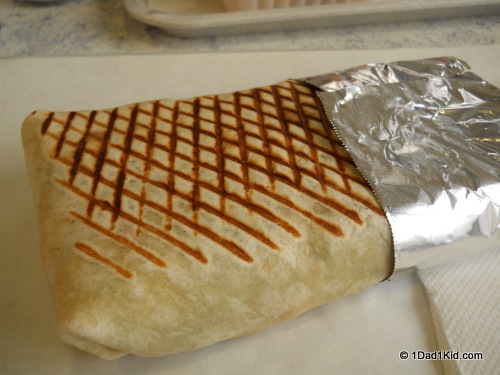 Fueled up and a little warmer, we finally headed toward the park. We discovered they have a zoo! While I’m not a big fan of captivity for animals, some zoos do some good in terms of preventing extinction of species. So we headed there.

The zoo is small but free. The porcupines happily gnawed on tree bark while making us jealous as they basked beneath the orange glow of heat lamps from within their glass enclosure. In the distance, a male lion’s roar reverberated throughout the almost empty campus.

The zoo has recently been in the news as the elephants apparently have tuberculosis. They are under quarantine, and the plan was to euthanize them out of fear that their disease could spread to humans. There was such an uproar, however, that the minister over parks for France stepped in and forbade their extermination.

It was cold. Freakin’ cold. And all the animals were wiser than us and had gone indoors where no doubt they had heaters to cuddle under.

I have rarely been so envious. 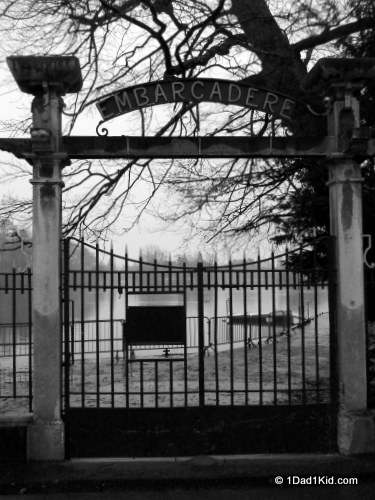 By the time we finished with this sad display, I was almost shivering. I asked the kiddo if he wanted to explore some more or head back home. Words cannot describe my relief when he uttered the words I wanted so desperately to hear, and we practically ran back to the bus stop.

Later in the week the weather warmed up, and we had this wonderful idea that we would return to the park, rent bikes, and enjoy a nice ride around the beautiful property.

By the time we got off the bus, we had abandoned the idea of bikes and opted to walk instead. The sun was shining, but the idea of creating a windchill by riding bicycles no longer seemed wise.

In the park is a beautiful lake, and in the middle of the lake is a memorial on an island. There is a tunnel leading beneath the lake, but apparently it is closed more often than not. Usually, one rents a pedal boat or canoe to take to the island, but when it’s near freezing boat rental sales aren’t that brisk, so it was closed.

Instead we walked around the lake. Tigger laughed as I jokingly berated a swan for turning its rump to me and ruining my otherwise wonderful shot.

It was rather rude of it. 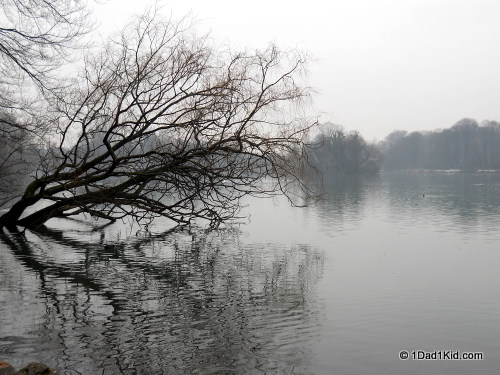 The park offers an incredibly beautiful walk. As you explore more of its grounds, you constantly find little treasures, be it greenery, flowers, or statues. It truly is an escape from the city. It is quite easy to forget the hustle and bustle and cement and steel buildings standing just outside the gates.

Not content with merely a zoo, a lake, and an island, the park also boasts greenhouses, rose gardens, a botanical garden, and a velodrome. I’m pretty sure I spied a football (soccer to Americans) court as well.

When you come to Lyon, you simply must plan a day at the park. Yes, that’s right. Plan on spending the whole day there. Bring a picnic. Rent a boat or canoe. Feed the ducks and geese.

And even that cheeky swan.

Tips for visiting the park

The easiest way of getting there is via Lyon’s great public transportation system. Take the metro to the Gare de la Part-Dieu station and transfer to the C1 or C2 tram (your metro ticket will work for the tram, too). They don’t make this too clear, but you have to actually leave the station and cross the plaza to get to the trams. As soon as you get to the street, you’ll see the tram stops in the middle of the road.

We tried a few different entrances, but the best seemed to be the Stalingrad entrance.

Once you exit at the park, there are the aforementioned bike rental stations. The potential bummer here is that they may require a card that has a microchip in them. Some will work with North American cards, and some won’t, so it’s a bit of a coin toss as to whether or not you can rent a bike if you have a card from a North American bank. What you might want to do is try at a few different stations in town, especially the downtown and hotel areas. Buy your short-term pass. You don’t have to rent a bike right then. The ticket is good for 24 hours. Once you have the ticket, you’re set to rent from any station.

The first 30 minutes of the rental is free. After that there is a pretty minimal hourly charge.

The park is very walkable, though. Or runnable, if that’s your thing.

There are public restrooms by the zoo.

If you need to warm up after your visit, or you just want to shop, the mall at the Gare de la Part-Dieu is the largest downtown shopping center in Europe.

Where is your favorite park from your travels, or your own back yard?