One of my favorite places to visit is the Deep South; it has so much to offer a traveler with its history, music and not least the delicious cuisine. Traditionally rail travel was one of the key methods to see the area, and whilst many of the lines have long since closed, there is still something special about travelling the region by train. While it’s quite common to cross countries in Europe and parts of Asia by rail, it can be often dismissed as a good way of travelling in the USA, but for the Deep South it can provide the perfect adventure.

While you’re bound to find the foods traditionally associated with the South—hush puppies, grits, cornbread, sweet tea, etc.—this region is also quite famous for its BBQ and food festivals. Different regions of the South have their own way of doing BBQ, and the Volunteer State certainly has its own unique style. Typically, meat is given a dry rub before being smoked or grilled, before a tangy BBQ sauce that is tomato and vinegar based is applied. It can sometimes be sweet, but don’t expect it.

This state is also home to Jack Daniels, one of the most famous sour-mash whiskeys around. While you’re digging into a plate of ribs, why not wash it down with a Lynchburg Lemonade or a refreshing Jack and Ginger?

This region of the US has some of the most amazing food. The state is split up culturally, and each region has its own signature style of cooking. The two most famous styles of cooking found in the Sportsman’s Paradise are Creole and Cajun. They’re often thought to be the same, but they are quite different.

Some foods you shouldn’t miss while visiting this gulf state are etouffee, boudain, jambalaya, gumbo, and of course, a shrimp po’boy. 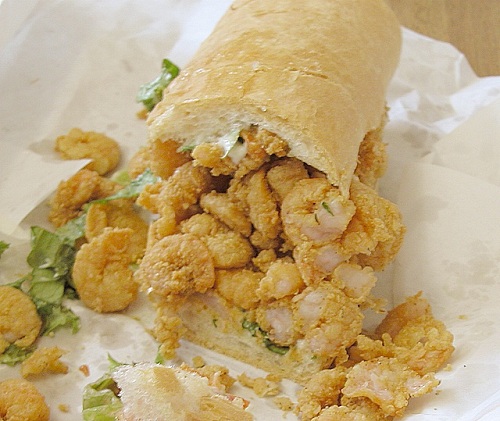 If you’re making a stop in New Orleans (and why wouldn’t you?), make sure to stop at the world-renowned Cafe du Monde for some beignets, and you simply must pass by Pat O’Brien’s for an original Hurricane. Feel free to stop at the sidewalk window to buy your drink. You can walk around the French Quarter while sipping on your adult beverage.

Louisiana is also home to the manufacturers of Tabasco sauce. They’re located in Avery Island, and it’s a really fun tour. If you go, make sure to stop in the gift shop to get some boudain. It’s really quite good.

When thinking about food and Georgia, most people instantly think of the great cook Paula Deen. Her famous establishment is located in quaint Savannah, a town which is definitely worth exploring. However, Atlanta is probably the food capital of the Peach State.

Brunswick stew may not be well known outside Georgia, but natives will usually tell you it’s one of the mainstays, especially if you’re attending a pig pickin’. If you haven’t been to a pickin’, do so while you’re in Georgia. You won’t be sorry!

While grits are ubiquitous to the South, they are the state prepared food. Served with butter and sugar or with some red-eye gravy, grits are one of the ultimate comfort foods. 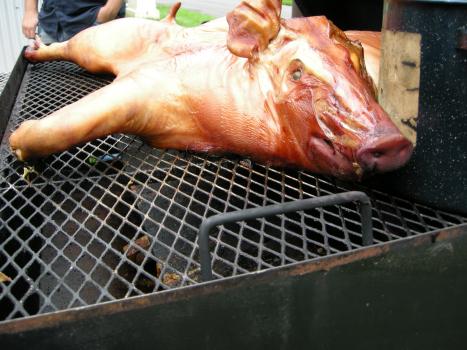 Atlanta is a good city to start your Deep South travel from with good international and domestic flight connections via the Hartsfield-Jackson Airport.

The Deep South has a lot to offer visitors. Whether it be nature, music, hospitality, or its great food. If you haven’t explored the region, consider having your own southern railway adventure.

What is your favorite food from the Deep South?