Even though I post a lot about our lives and travel, I haven’t said a lot about what it’s like to do single parent travel. 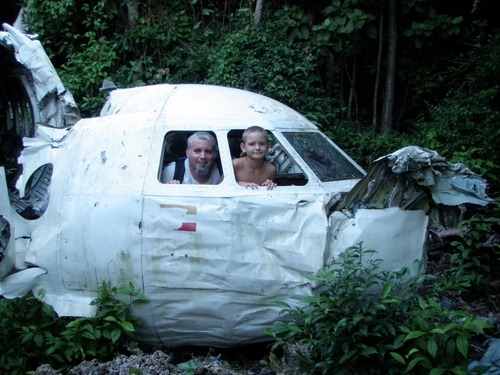 While for me travel in general is pretty easy, it does have its challenges. Traveling with a child can at times add to that. I traveled a lot as a solo traveler, and traveling with my son automatically nearly doubles my expenses.

This is especially the case for lodging. Places in many countries do not give a discount for children, and they charge per person rather than for the room.

Traveling with my son has been absolutely amazing. It’s so much fun to get to see a place through his eyes. He is an incredibly easy travel companion and pretty much just goes with the flow on things. That really helps when we’re doing things that bore him. I’m very interested in old churches, ruins, cemeteries, etc. He couldn’t care less about those things, but he has plenty of fun running around and jumping, and we have some great discussions.

Having my son with me has forced me to slow down from my pre-nomadic-life harried pace, especially when traveling, which has really enhanced our experience as well. We’ve been able to make local friends and really get to know an area better.

An added joy with doing long-term travel with Tigger is watching him grow, physically and otherwise. 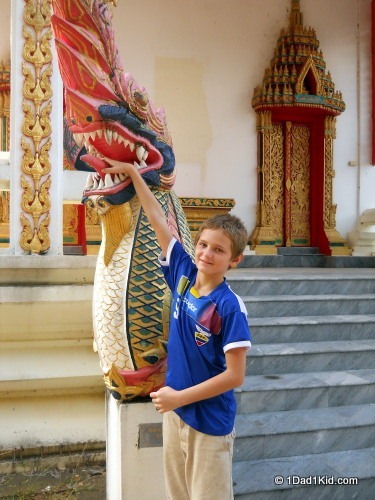 What about safety issues?

The world really is a very safe place. Yes, you have to keep your wits about you, just like if we were back in the States, but for the most part people are absolutely wonderful.

We do avoid areas that are currently having issues with wars or similar situations. For instance, we’re in Malaysia right now and would love to go to Sabah and Sipadan, but they’re having some military activities occurring in the area, so we’re avoiding travel to those places.

Generally speaking, families tend to be even safer during travel.

We do have a safety plan in case something happens to me. A 2-parent family has a bit less of a concern in that area since there will likely still be at least 1 adult available to take care of the kids. However, in a single parent travel situation, if I’m incapacitated things could get tricky.

In Ecuador, I had a bad virus or something and was stuck in bed for a few days. Thankfully, we were in a hostel. The staff watched out for him, helped him with meals, and brought me local remedies and offered to go to the pharmacy for me. We had befriended another guest previously, and she had Tigger join her on some errands and took him out for ice cream so he could get a break from being at the hostel. I remain thankful for our little village of kind-hearted people.

In the event I’m not able to communicate, etc., Tigger has contact information for emergencies and knows who to ask for help for placing those phone calls. He also has email addresses for people back in the States who are our emergency contacts.

Don’t you ever need a break from being a parent?

Even though Tigger is seriously one of the easiest kids I’ve ever seen, once in a while a parent needs a break. And, really, sometimes our kids need a break from us as well!

This is probably the biggest challenge of single parent travel. When you’re the only parent, you are “on” 24/7. Sure, it was the same back home; however, there we had lots of time away from each other. Too much time, really. I was working 40 hours a week, he had school, etc. Now we’re together literally 24 hours a day.

I also had a community of family by choice that would have him over for a weekend or something, or who would come stay in our home with him.

I absolutely love having more time with my child. This was a big reason we left the States to live a nomadic global life. I wanted to be the one raising him rather than his school teacher and daycare staff with me doing the lion’s share on the weekend.

But it also means when I need to recharge my daddy batteries, there aren’t a lot of options.

I sometimes get small breaks by going to the store alone or going for a walk. In Honduras, I had more breaks because I was diving a lot. Although those times provided breaks from parenting, they weren’t respite from responsibility. Sometimes I need to not be a parent, instructor, or whatever. I need to not have to be focused on other people and their needs from time to time.

While short breaks can be helpful, occasionally I miss having 1-2 days where I can do whatever I want, go where I want to without discussion, take time to just sit somewhere and enjoy the scenery, etc. In the past, I found that to be so reinvigorating. After almost 2 years of being with my child almost 24 hours a day, I find myself needing some respite. Not because he’s tough to deal with or anything like that. It actually has little to do with him. I’m just the type of person who occasionally needs time to myself.

But I don’t have the network on the road that I had in our former home. So what do I do?

I just suck it up.

It isn’t like he’s to the point where I’d feel comfortable stocking up the fridge, leaving him some emergency and fun money, along with my phone number, and saying “OK, I’ll be back in a couple of days. Have fun!”

We’re currently staying with another nomadic family. He’s having a blast having other kids to play with. The adults had already discussed the possibility of him hanging out here while I get myself a hotel room for a couple of nights for some Talon time. Here’s what happened when I began discussing this idea with him:

“Well, no offense, but sometimes it IS good to get a break from people.”

Well, there you go. 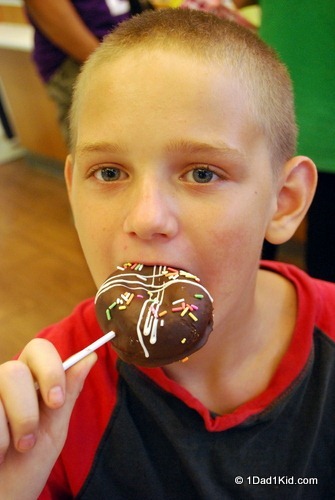 There are some definite benefits to doing this as a one-parent show, though.

I don’t have to deal with another parent during decision-making. There are no arguments about choices I’ve made in my parenting role. When conceiving our next adventure, we only need to meet the needs of two people, one of whom is quite easy. (I’ll let you decide which one of us gets that description.)

Lodging is easier when there are only two people, especially when one has a young person’s body and can handle sleeping on a cot or couch so that the person with the older body can get some sleep without having someone’s knee in their back. Ahem.

I only have to give one other person my attention instead of having to make sure I’m giving enough of myself to me, my child, AND a partner.

It’s also nice to get my son all to myself. I don’t have to share him with another parent.

I think that’s my favorite part of single parent travel.