We had planned on going to Mexico City (also known as CDMX) last year, but COVID numbers were high, and both CDMX and Puebla, our other destination, remained in Mexico’s red light phases. I didn’t want to go there and not be able to get out and see sights, eat in restaurants, etc., so we put the trip off until this year.

As our current departure time grew closer, I was checking out their alert levels. CDMX was at orange which was promising, but Puebla was still having lots of challenges. Tigger and I discussed it, and we felt like even if Puebla remained in orange it was worth going. Thankfully, by the time we got there, both places were in green which was a big relief. 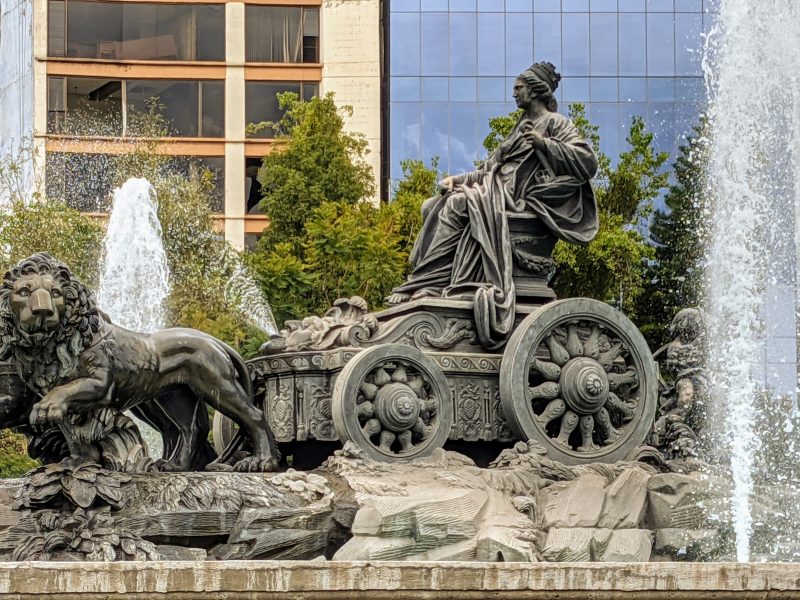 I’ve been to CDMX twice before, but only for an extremely short time. When I was a teen on a road trip with a family, we stopped there to get a brake line fixed on their car. The next time was only a trip from the airport to the bus station so we could head to San Miguel. Neither of us are big city fans, with rare exceptions, but I really wanted to at least have some time there. So we planned on staying in Mexico City for about 5 days, heading to Puebla for a week, and returning to CDMX for a couple of nights before returning home.

Late October is a great time to visit the city. Daytime temperatures are quite comfortable, there is plenty of sunshine, and it gets chilly at night. A great combination in my book.

Do be aware that CDMX is at a high altitude, so if you’re sensitive to that you’ll want to give yourself some time to adapt before planning activities requiring a lot of movement. Being at high altitude also requires that you drink more water than what you may be used to as you lose more hydration with respiration. 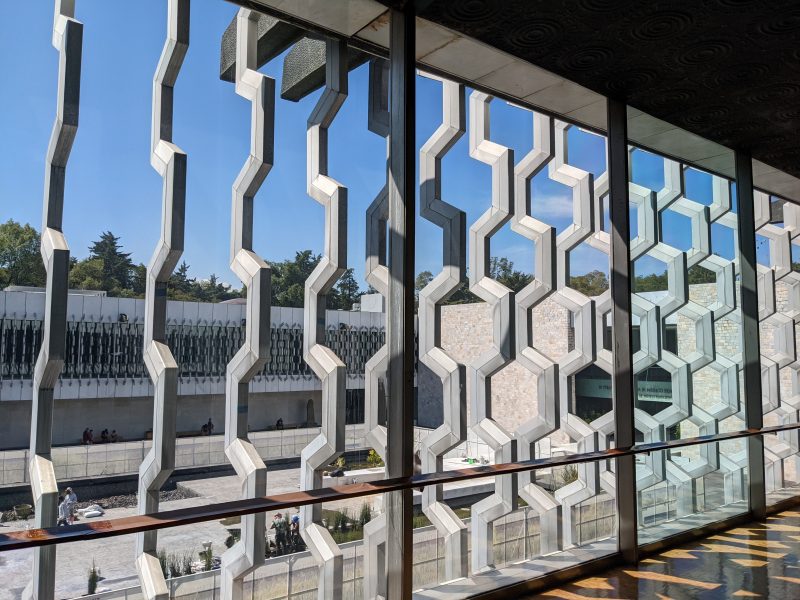 The city is huge so there are a ton of options. Initially, we stayed in an Airbnb place in the Condesa neighborhood. For the most part, we really enjoyed this area, and I also explored nearby Roma. On our return trip, we stayed in the Las Suites hotel in the Polanco area.

Condesa and Roma are really great options. They tend to be calmer areas of the city in terms of crowds and traffic, yet they are well connected with public transportation. Condesa was a really great location for exploring by foot. We were able to easily walk to Chapultepec, the Museo Nacional de Antropología (anthropology museum), the Ángel de la Independencia, etc.

These areas also had some lovely parks, greenways, and a good diversity of restaurants and cafes. The area does feel a bit more “yuppie” which may not be what some people are hoping for while staying in Mexico. After having visited some of the busier areas of the city, though, I was always grateful to return to this more calm environment. 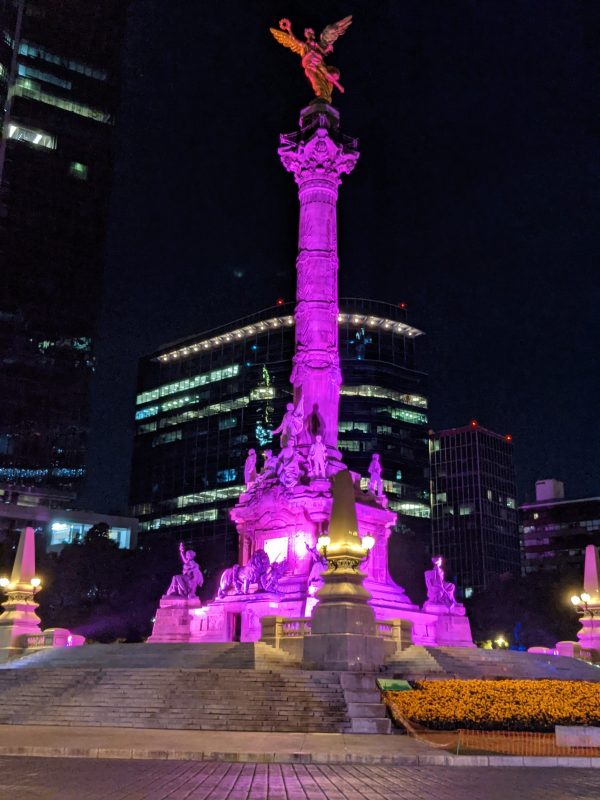 Being such a large city, there are many options for getting around. Depending on the time of day, buses, metros, etc., can be quite packed and leave you feeling like you’re a sardine. Many of the options have an area designated for women and children (12 and younger). On the metro, they have these areas available during the rush hours. On some of the buses, you’ll see the areas separated by colors on the rails. Yellow is for general seating, pink is for women and children. The signs aren’t always clear, and I discovered this at a bus stop when a police officer was motioning through a window for me to move. I didn’t understand what was going on since I was the only person sitting in this section, and a fellow passenger explained. That’s when the colored railings made sense to me, and I finally spotted the very small blue sign indicating the zone.

If you plan on using the public transportation system, it’s wise to go ahead and buy the transportation card. Machines are readily available at many of the stops and in the metro. If you don’t speak Spanish, they offer instructions in English. When we were there, the card cost 21 MXN (about 1 USD), and it included 6 MXN which covers your first journey. They’re very easy to refill, and you don’t have to put a lot of funds on them which makes it very handy. The metros often have a ticket booth, but I found that they aren’t always open, so the card is your best bet.

Uber and other similar services are used by many of the locals and make getting around Mexico City a lot easier. I mostly used the app Cabify which tended to be less expensive than Uber, but I would check both apps just in case because sometimes there was quite a difference in fares with Uber being less. You can also reserve a future ride through the app which makes things very easy.

Most of my rides from the historic district back to Condesa were about 6 USD. The metro was only 24 cents (5 MXN), but after walking six or more miles and seeing how packed the metro was, it was worth it to me pay extra.

Sometimes the buses can be faster as some of the routes have their own lanes so they get through the traffic more easily. I would usually check Google Maps to get the estimated travel times by public transportation vs a vehicle, and often there really wasn’t any difference. So it was comfort over cost. 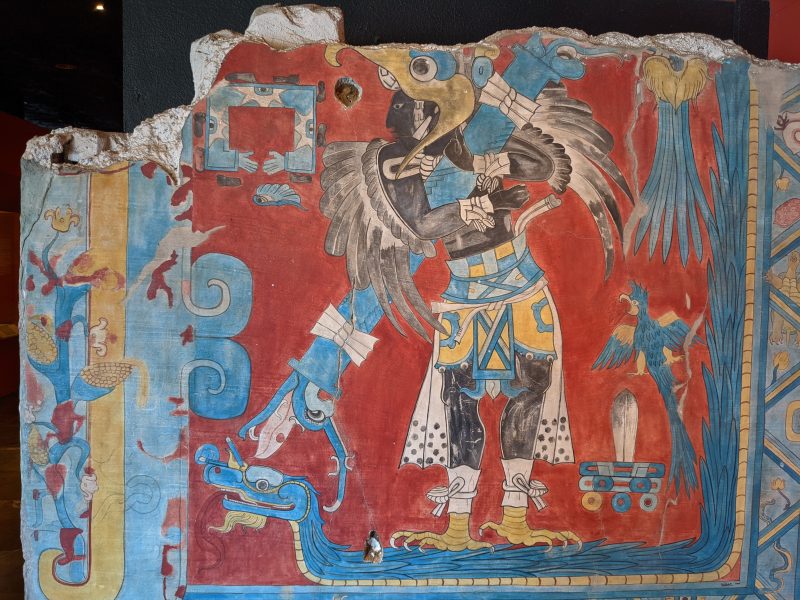 There are many museos in CDMX; however, two were significant standouts for us.

Museo Nacional de Antropología: This is definitely a museum you don’t want to come to if you’re already tired of walking. This place is packed full of exhibits, and it is quite large. If you don’t speak Spanish, you’ll want to come with Google Translate or something similar on a device. While some of the major signage was bilingual, most were not, and the small signs explaining individual items, etc., were usually only in Spanish.

If you’re not really feeling up to doing all that, you will still enjoy all the various sights. They cover the various regions of Mexico, and Tigger was quite interested.

Note they are taking COVID precautions quite seriously at the museum. Before entering, they will spray your shirt and take your temperature. In the ticket lines, only one person from the group can stand in the line and go to the ticket window. I had tried to get tickets online, but their site wasn’t working. I sent an email a couple of weeks before our trip, and I still haven’t heard back (over a month).

Templo Mayor: This is located very close to the cathedral in the Zócalo. The museum is located by ruins of an Aztec temple which were rediscovered by accident. Currently, you enter the site by the ruins and walk above and around them before entering the impressive museum complex. I’ll give the same advice here as above for both language and having lots of walking. For me, this was my favorite of all the museums, so if you have to narrow down your choices I’d say this is the one to absolutely make sure to visit. 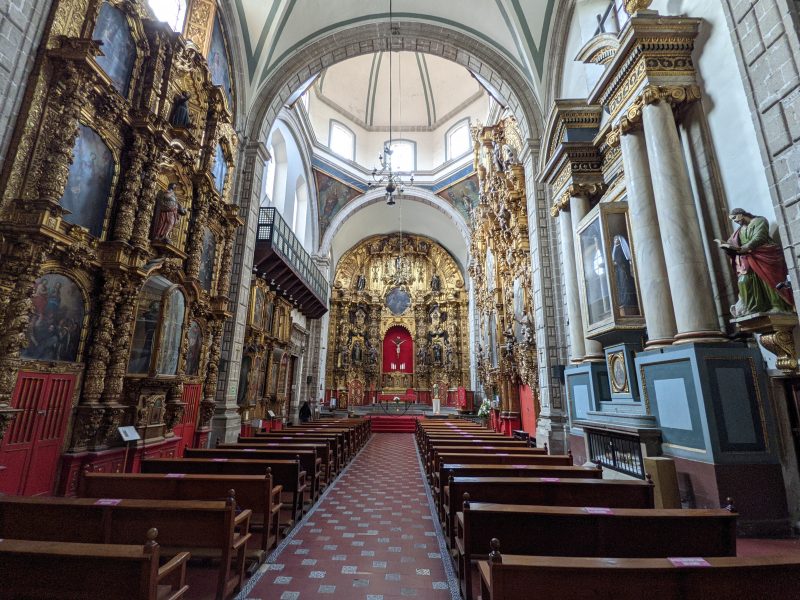 Cathedral: This church is definitely worth your time if you appreciate old churches. I’ve been to many cathedrals all over the world, and this is one of only a handful which have made me say “Whoa!” out loud upon entering. One of the interesting parts of this building is that you will note different elements. They began work on the church in the late 1500s, and it took about 250 years to complete, so there is a blend of styles.

There are crypts beneath the church which can be visited only during certain hours, and it seems the schedule changes often so if you badly want to visit those, you should contact the office to confirm the current hours.

The admission for each museum was 80 MXN, and the cathedral does not charge.

Templo de Regina Coeli church: Sometimes when walking around you’ll see a church with a very generic exterior. When you peek inside, you are treated to amazing art and views. This church is one of those! Absolutely gorgeous! 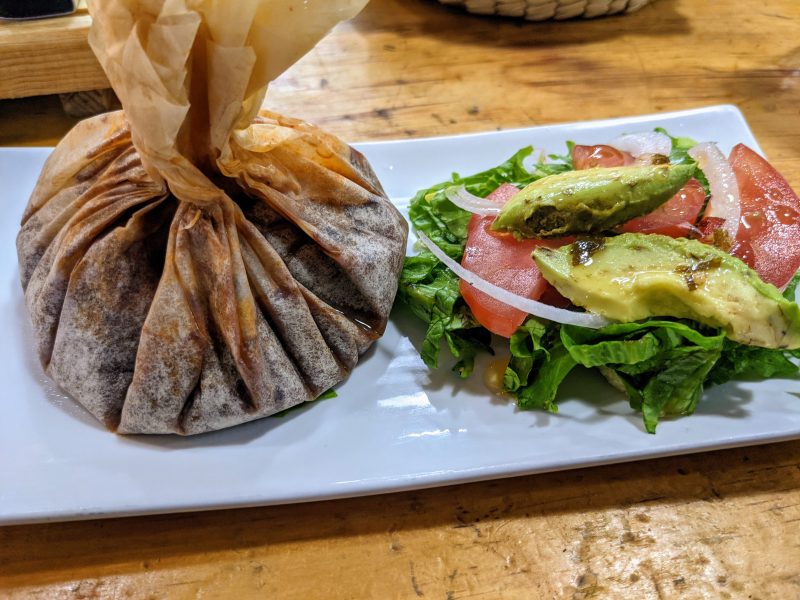 It’s hard to go wrong with street food, and you’ll definitely find tons of that throughout the city. If you’re interested in sampling a lot of delicious items, I’d highly recommend the historic center tour through Sabores Mexico Food Tour. When I booked my tour, I noted their website strongly recommended not eating before the tour, and that is not an exaggeration.

Most of the “samples” you try are small- to full-sized plates of food, not just a bite or two. And there are plenty of stops where you’ll be eating and drinking. Almost every single stop was a place a tourist generally wouldn’t know about. In addition to food and drinks, they also stop at some interesting landmarks and historic buildings, so it’s a pretty thorough tour. I could only eat a very light dinner that night because I was still stuffed after the walking tour.

It is a five-hour tour and absolutely worth it.

If you don’t do the tour, one place I would highly recommend is El Gran Cazador which is located inside the Mercado de San Juan. They have a couple of areas to sit. Most of their food lands on the side of “exotic,” and their foods were incredibly flavorful. 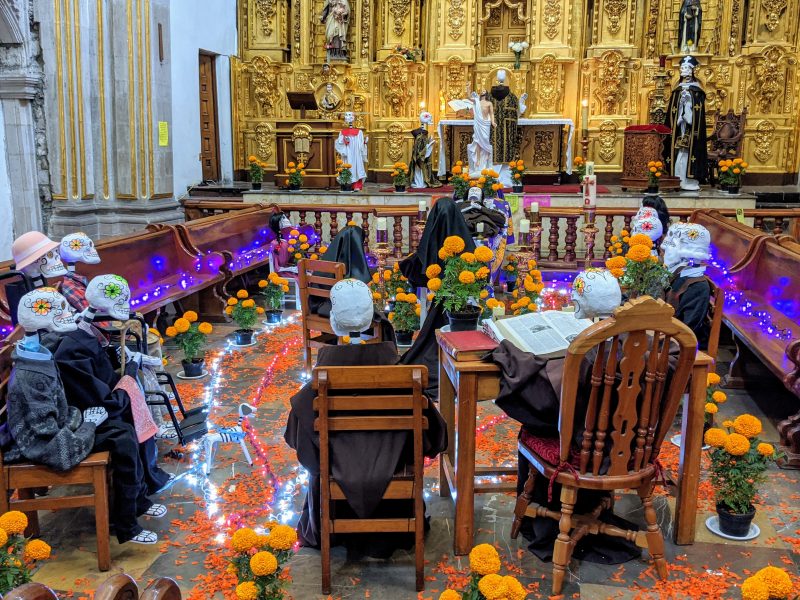 This has become an internationally-renowned holiday in Mexico. While the main celebration is on November 2nd, the festivities usually begin around October 29th. You will see ofrendas in many locations. The largest collection of sights will be at and near the Zócalo. While in the area, make sure to pick up some pan de muerto at a local bakery. They come in many different varieties and are meant to be eaten or used as an ofrenda.

The parade can be incredible to watch.

Enjoy your time in this enormous city! There is a lot to see, do, and experience.