One of the joys of travel is dealing with language barriers and mistranslations. To get the most out of an experience, I and many other travelers try to learn at least a few words in the local language. It’s amazing how just being able to say something as simple as “thank you” in the local tongue will put a smile on someone’s face. Sometimes, though, you get a situation where you or the other person looks confused, or breaks out into hysterical laughter, at your “say what?” situation. 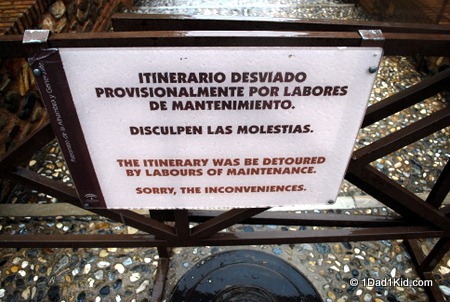 I’ve had pretty good luck during my travels of not saying something too terribly off. However, recently I had a ticket clerk laughing so hard she had to excuse herself and leave the office. She kept repeating my faux pas over and over while she tried to subdue her guffaws.

It began simply enough: “Un adulti si un copuli.”  I was proud of myself for saying “one adult and one child” in Romanian. Right before it went downhill quickly.

“Copuli?” she repeated. I smiled, and she erupted into fits of hysterical laughter. She had to hold onto her desk to keep from falling out of her chair as her body spasmed. She could barely breathe and quickly jumped up out of her seat and ran out of the room while fanning her face with her hands.

When she finally returned, I asked, “What did I say?”

Again I asked what copuli meant, but she couldn’t bring herself to answer. Upon arriving at home I got in touch with some Romanian friends who speak English. This is when I discovered I had asked for a ticket for “one adult and penises.”

No wonder she was in hysterics.

Spanish is a fairly easy language for English speakers, but that doesn’t mean it isn’t without its entertaining moments.

One of my favorite stories is from a longtime friend. While living in Mexico she went into a store. A bunch of men were standing around chatting. She did her best at using her limited Spanish and asked “Where are the combs?” Unfortunately, the Spanish word for comb is awfully close to the word for penis. Needless to say, she had some people laughing pretty hard.

Rhonda from Laugh-Quotes shares about the time she tried to tell a police officer in Spanish that her husband looked sad. The officer burst into laughter before explaining she just had explained that her husband was “small.”

Cat Gaa, who blogs at Sunshine and Siestas, shared this hilarious experience:

After living in Spain and dating a Spaniard for nearly two years, I’d learned enough Castillian Spanish to hold my own at parties, to complain when my bills were too high and to do job interviews. When my boyfriend took me to a wedding of a friend of his from the Air Force, I felt competent enough to make jokes with the stuck-up wives of his friends.

While sitting around a dinner table, one of the women asked about my family back in Chicago. I recounted their names and occupations and then mentioned that my mother loved horses: “Mi madre está obsesionada con el caballo.”

Forks dropped. Mouths dropped. My boyfriend snickered so loudly that other tables turned around to see what was happening.

I had just said that my mother was a heroin addict. 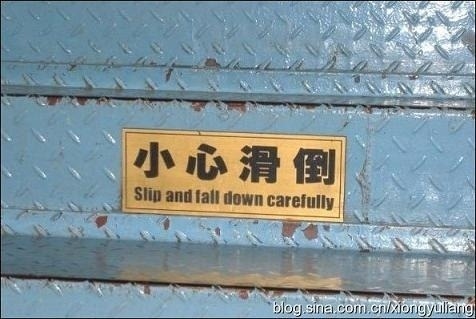 Even though those from the UK, Australia, New Zealand, Canada, and the US all say we speak English, sometimes it’s painfully obvious that we don’t speak the same language really. A lift is an elevator, and a fanny in some places is another word for one’s posterior, while in other locales it refers to a vagina. “Fanny pack” can mean significantly different things.

Erin is an Aussie and is behind the blog Travel with Bender. She shares the time she amused a train full of Brits:

I was riding the tube in London. I had a new pair of thongs (flip-flops) in a bag. I turned to my friend and said, “I really want to wear my new thongs, but my pants are too big.”

It seemed the entire train was staring at me. Unbeknownst to my Aussie English, the Brits thought I had just said, “I really want to wear my new G-string, but my underwear is too big.”

Some languages use the same word pronounced with different accents and inflections which totally change the meaning. In Chinese, which is a tonal language, “ma” said one way could mean mother, while with a different tone will mean horse. These types of languages are probably the toughest, and most entertaining, for English speakers.

Jodie of Legal Nomads shares the time she was trying to saying “excuse me” to Thais when she was trying to get past them. However, she changed the tone slightly and instead was happily announcing “I farted.” Apparently, the effect was the same, and people moved to let her pass.

The Korean language has twin consonants, so the places Busan and Pusan are actually the same city and pronounced the same way. While visiting a cafe with her mother, Christine of GRRRL Traveler discovered a menu that had English translations. The twin consonants became a bit more amusing, and less appetizing, when a crab sandwich was listed on the menu as a crap sandwich.

Aleah, who publishes Solitary Wanderer, shared this from her trip to Indonesia:

I remember being very excited about the food. I kept on hearing about this dish called nasi goreng, and I really wanted to try it out. I didn’t do research. The only thing I knew was that it was a meat dish with fried rice. When my Couchsurfing friends and I went out, I decided to order it and told the lady: “Nasi goreng please, without the rice.”  My friend couldn’t stop laughing. In English, I had just ordered fried rice without the rice.

Megan of Mapping Megan learned how changing a single vowel can drastically alter the meaning:

During 2005 we traveled to Japan as year nine students for a school language trip.  Part of the trip included a homestay with a family from our sister school.  A common ritual at the end of a homestay in a foreign country is to exchange gifts, and, very sure of my language skills, I proceeded to tell my host mother that I absolutely loved the hand-woven bracelet she had given me.  “It is beautiful” I said.

I was wondering why she looked so offended and horrified until my host sister translated and said “you hate it??!!” While “Kirei” means beautiful in Japanese, what I had actually said was “Kirai”, which means “hate.” I almost died and became very VERY apologetic very VERY quickly!! 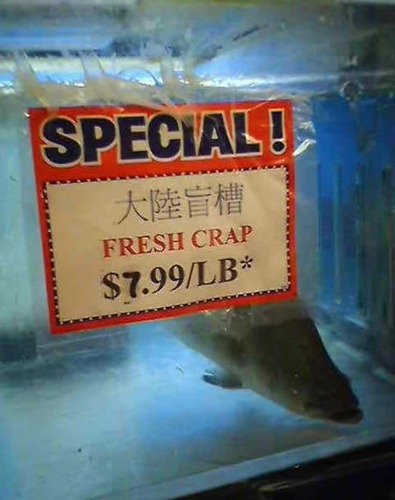 Rachelle of Travel Bite shares her fun while in Italy:

I once thought I was ordering water in Italy.  We were communicating with our hands, and I thought when she said “wawa” she knew what I was asking for.  Turns out she was saying “uova” for eggs.  Imagine my surprise as I stand there parched with thirst and am handed a plate of eggs.

Alan of Wagoners Abroad passed on this amusing faux pas in Spanish:

Since our kids have been making friends with their classmates, they get invited to birthday parties.  This time around, it was a friend of Anya’s, and it was my turn to go.

The birthday party was in a dedicated kids’ party place complete with tunnels, rope ladders, and the obligatory plastic ball pit.  While the kids were playing, all of the adults were gathered around some tapas, and talking about things that parents at birthday parties talk about.

Knowing that I was not Spanish, one of the fathers came over and talked with me.  He asked me the typical questions (in Spanish), “Where are you from?  Which kid is yours?  How do you like it here?”  I was doing fairly well during the conversation which started to open up to the other parents around us.

When the father noticed that I wasn’t eating any of the tapas, he moved a bowl closer to me and offered me some. That’s when it happened.  Here’s what I said: “No tengo hombre.”  Translation:  I don’t have a man.

At this, several of the parents stopped and looked at me, and there was a super long pause until I noticed what I said, and then I quickly said:

“No tengo HAMBRE!”  (Translation:  I’m not hungry.  The literal translation is: “I don’t have hunger.”)

Once I started laughing, the other parents started chuckling as well, and it was a good icebreaker.

Have you had any “Say what?” moments?