Things to do in Cancun

Home » Mexico » Things to do in Cancun

When most people think of Cancun, they instantly envision thousands of drunk, obnoxious college students during spring break. Or they turn their nose up because they visited once and hated the hotel zone. Well, Cancun is very different than spring break and the hotel zone. There are a lot of interesting things to do in Cancun, and it’s also a great jumping off point for some wonderful attractions and experiences.

Being a popular destination, you can often find some great discounts on airfare. We flew with Thomas Cook from Manchester, England to Cancun, and I was pleasantly surprised. Knowing they’re a low-budget airline, I wasn’t too sure what to expect. It’s a 10-hour flight from the UK, but it was a great experience. I would definitely fly with them again.

Getting around the city is easy via cheap buses and colectivos (mini vans). Routes are painted on the windows, but feel free to ask your hotel staff or Airbnb host for more info. Taxis are fairly inexpensive as well. Most trips around the city center only cost 25 pesos (less than $2 USD). Just remember to confirm costs before getting into a taxi. Unfortunately, some drivers will try to take advantage of you being a tourist. 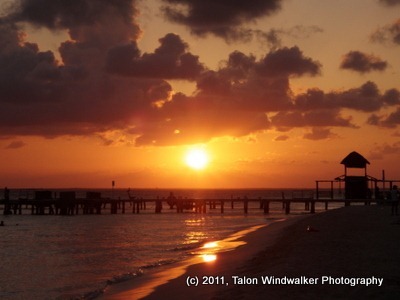 Things to do in Cancun involving water

The beaches and the beautiful Caribbean Sea are probably the biggest reasons people flock to Cancun. But they aren’t the only activities you can enjoy that involve water. 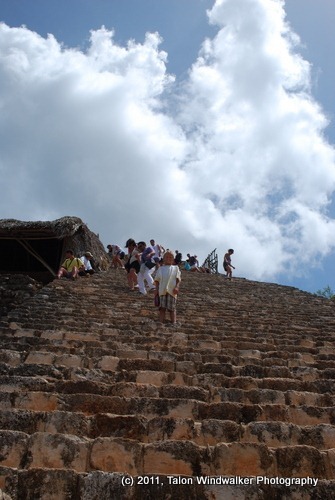 There are several important Mayan sites on the Yucatan Peninsula, where Cancun is located. While the city does have some sites nearby, it’s also easy to visit some of the others that are much more well known.

A lot of travelers think Cancun lacks a great deal in culture. It’s hard to compare the Yucatan with other areas of Mexico. Cancun is a rather young city (officially established in 1971). While it is quite different, if one leaves the hotel zone it really isn’t hard to get a taste of local culture.

This is really just a short list of all the things to do in Cancun. It’s really worth a visit. Just avoid the hotel zone.

Have you been to Cancun? What’s your favorite activity or site to visit?