There are all sorts of definitions describing responsible travel. Usually this term describes a type of travel that is conscientious of the environment, the local culture and people, and so on. However, I think there’s a level of traveling that should be standard across the board. 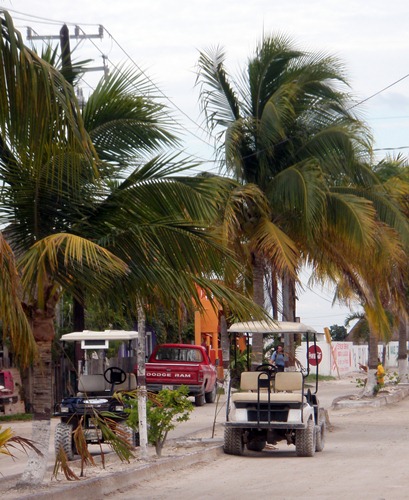 `When we travel, it’s up to us to be aware of the local culture, the mores, expectations, and some of the basic laws of our host country. We need to remember that when we are in a foreign country we’re guests, and we really should act like good ones.

For starters, know the visa laws before you go. A case in the USA this week highlighted the importance of this. A backpacker from Uruguay left the US the day his visa expired and tried to enter Canada. The problem is people from his country are required to have a visa before they can enter Canada. Since he didn’t have this, he was sent back to the US. As his reentry attempt was after midnight, he was now beyond the expiration for his US visa, and he was arrested and detained.

He feels wronged and that he did nothing wrong, but the fact of the matter is he wasn’t a responsible traveler. Because of it, he’s now sitting in detention.

When you overstay a visa for nonurgent reasons, it can be interpreted by the immigration officials as a lack of respect for their laws. Some people are lucky and walk away with only a fine while others will endure detention, fines, and/or receiving a stamp in their passport indicating they were deported or overstayed their visa. This can result in more travel headaches than one can imagine.

Sometimes overstays are innocent, such as the person who had read that a certain country provides up to 90 days for visitors and didn’t realize they were only given 60 days. The key wording is “up to.” Just because officers typically stamp people in with 90 days doesn’t mean they always do. Make sure to check the stamp or visa to confirm how much time you were given. Assuming you were given X number of days can end up causing you heaps of problems.

And if you do get caught having overstayed, even if it was accidental, don’t play the victim. Be respectful, acknowledge the mistake, apologize profusely, and beg forgiveness. Being willing to eat a generous helping of humble pie could save your hiney.

I always plan on exiting a country at least 2-3 days before the expiration of a visa. This helps prevent problems caused by airline or train delays, bad weather, illness, and so on. Better to leave a little early than end up with an overstay. Some countries are extremely strict about those dates.

If I’m planning on renewing a visa from within the country, I usually do that at least a week ahead of time just in case there are hiccups (although some countries require you begin the process 30 days or more in advance). 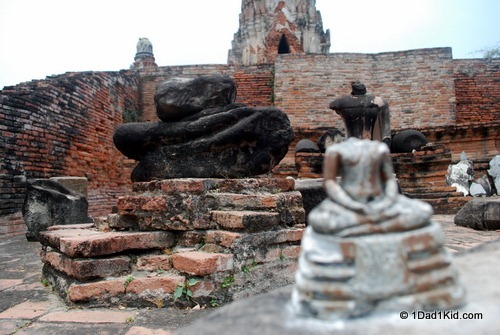 You’re in Bangkok and it’s blazing hot. Your sweat even has sweat. You plan on visiting one of many temples. Don’t be a touron and walk in shirtless or wearing your bikini. These are important places of worship for these people. You don’t have to agree with their beliefs or how they practice their religion, but as a guest we need to respect their rules.

Yes, it’s demeaning as a woman to be forced to cover your head when in public, but if you’ve chosen to travel to a place that requires this suck it up and cover your head.  If you find the prospect too abhorrent, it’s a good idea to travel elsewhere instead.

Some people are lucky enough to have food much less be worried if the produce is organic and was sang to when it was ripening on a tree whose leaves were gently stroked once a week. Don’t act all disgusted because they don’t have something you wanted or that it doesn’t meet arbitrary personal requirements.

Spend some time acquainting yourself with the culture of the country you’re going to be visiting. Learn about its peculiarities such as not touching someone on the top of their head, not pointing the soles of one’s feet toward another person or a statue of Buddha, not eating with your left hand, and so on.

Obviously you can’t learn every unique thing about the local culture in advance, but if you’re at least trying to respect some of the bigger pieces, the occasional faux pas is overlooked.

No, you’re not at home

That’s kind of the point, no? I mean most people travel to experience new things, places, and foods. So don’t expect that every place will try to make you comfortable. For me, part of the fun of travel is being forced out of my comfort zone. For example, I get a big kick out of ordering food when I have absolutely no idea what it is.

I understand not everyone is that adventurous, but I often hear travelers speak with a tone of disgust when they talk about the foods they can’t find, among other things, which I find ridiculous. I’ll also confess a desire to slap people who complain that they can’t find a Starbucks somewhere.

Getting to know a place better

There are different kinds of trips. Some have a goal of sitting by the pool or on the beach with a cocktail in one hand and a book or e-reader in the other. There is absolutely nothing wrong with that.

However, if your goal is to experience a place, then I’d like to encourage people to not only visit the big tourist attractions but to also get out and see more of the neighborhoods, hunt down where the locals eat and play, and so on.

Try to make your time in a location as multidimensional as possible.

What does responsible travel mean to you?