The power of recognition

Home » Musings » The power of recognition

Have you ever been having a bad day or just been walking along in your own thoughts and had someone smile at you? Remember how it felt? There is some real power in recognition be it with a wave, a smile, and/or a couple of words.

Granted, I’ve been in some places where if you smile at a stranger they will be wary, but generally speaking I notice a big difference in people.

For some reason it seems to do this more consistently when I’m traveling. Perhaps being a serial stranger just makes it easier to reach out to others.

I remember the first time we landed in Thailand. We flew from Paris, via Kuala Lumpur, and landed on Koh Samui, a fairly small-sized island. Everywhere we went, we were greeted by smiles. Thailand isn’t known as the Land of Smiles for nothing!

Walking into a store or other business and being greeted by a huge smile and Sawadee! really helped keep me in high spirits.

I felt like Thailand was probably one of the easiest countries to visit. I expected some significant culture shock, but instead I felt like the country had simply met me with a welcoming embrace.

After spending a few months in Thailand and arriving in a much grumpier Hanoi, we really felt the difference. People didn’t smile as much. They either looked grumpy or indifferent. When trying to work around a communication issue, I was used to people laughing along with me when we finally worked it out. Not in Hanoi! After a couple of attempts at communication with a few vendors, they would just wave me off and say “Go! Go!”

By the time we got out of Hanoi, I was so eager to leave. Our next destination was Dalat, and there we had friendly people again. They don’t get many Western tourists in that area, so communication was sometimes more of a challenge, but it was always mixed with big smiles and laughs.

I have noticed several times where I have seen someone sitting or standing alone seemingly engrossed in thought. As soon as our eyes meet, I smile, and they return it. Their whole posture and demeanor changes. The next time I see them, it’s as if we were old friends.

There is power in simply recognizing another person. In letting them know they’ve been seen.

One of the things I loved about the Moroccan culture was how they treat friends. In America, if I’m passing by and spot you, I’ll wave and maybe shout a greeting if you aren’t very close and keep going. It’s just how we handle it.

People have things to do after all.

Not in Morocco. If a friend spots someone they know from across the street, they will alter their route to cross the road, no matter how busy it is, to greet them properly. A greeting is done with a handshake, an embrace, and a kiss on the cheek(s). Their loved ones are inquired after.

Greeting a Moroccan friend is no simple Hi, how are you? On my way now! It really affected me to see. It’s a way of saying I care about you, you matter, you are important. 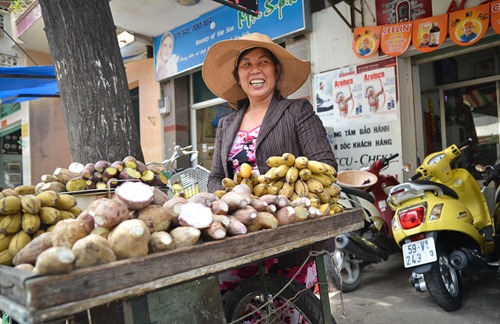 While in former Communist countries, I have noticed that people on the bus or train rarely ever look at anyone else. Eyes are downcast. If they look in your direction, they look at a spot behind you. It’s the same in the cashier line at the supermarket.

I’ve practiced waiting for someone to catch my eye and giving them a big smile just to see what would happen. They quickly look away abashedly and sneak another quick glimpse. If I’m still looking at them, they seem to brighten up and smile back.

Again, I see their whole posture change from a somewhat rigid, tense form to a much more relaxed one, their shoulders dropping and their face almost beaming.

A friend of ours shared how he was on the metro or bus here in Prague and saw an old woman kind of huddled in her seat, her eyes customarily downcast. He said Dobry den! or Good afternoon! She looked shocked, smiled, and returned the greeting. As she unfolded her body, she became quite chatty and engaged. Her whole demeanor changed. 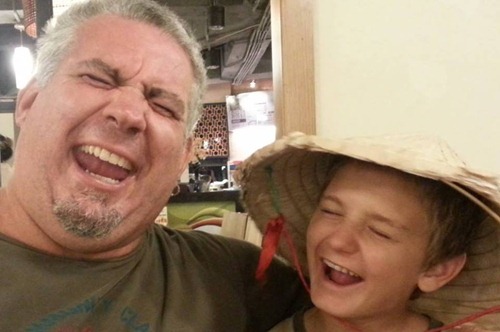 In Romania, I purposely made sure to greet Roma people I encountered while walking. You could see them trying to blend in and become invisible. I wanted them to know that someone saw them. Someone cared. Someone thought they were worthwhile.

I also remember reading about the time the Dalai Lama came to visit a place in the US. He often drives his handlers crazy because it’s hard to keep him on schedule. He likes to stop and observe things, and when he passes people, he stops and talks to them. One of the stories I loved the most was how he had stopped and greeted a couple of the housekeeping staff. He visited with them, asked about their families, and so on.

The next day as he was walking out of the elevator, there was a long line of housekeeping staff waiting for him.

We all need to know we matter. It doesn’t take much to tell someone they’ve been noticed. A wave, a smile, a nod of the head is sometimes all that matters to make another person’s day.

I’d like to challenge everyone reading this to make it a daily habit of finding at least one person you don’t know and giving them some type of recognition, no matter how small or seemingly inconsequential. You just might make their day, and you will probably find yours going a lot better as well.

What do you think? Has someone’s smile changed your day?