We love island life, even the times we’ve spent on a very small island, like Utila in Honduras. We enjoy the laid-back feel of island life. Koh Samui surprised me, though. 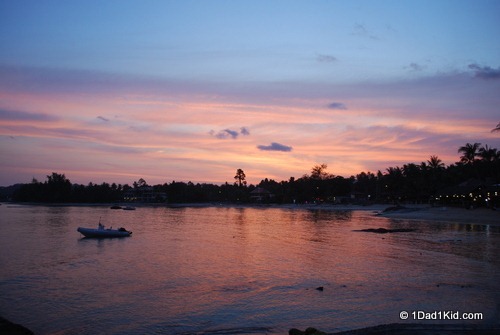 When we were planning on visiting Thailand, Koh Samui, also referred to simply as Samui, was not a place I had planned on visiting. I had considered its neighbor Koh Tao because of the available diving, but not being a big fan of highly touristed places, basically that whole group of islands was off my list.

Then in the latter part of our Morocco stay, we were offered a housesitting gig taking care of 5 cats while living in a bungalow that was practically on the beach. How could we resist!

We flew to the island rather than the alternate, and more typical, route of taking an overnight train from Bangkok to Surat Thani, catching a bus to the coast, and hopping on a ferry. That just didn’t sound appealing after a 12-hour flight from Paris.

This was our first introduction to Thailand. We quickly saw that the Land of Smiles was accurate. Most of the locals had at least a rudimentary knowledge of English which made things a bit easier in some regards, but was almost always entertaining. Both for us and for them. 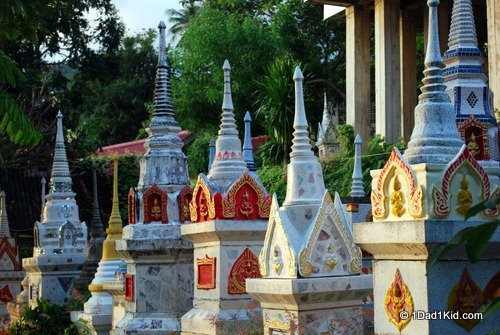 On our 2nd night on the island, we hit the tourism-driven walking market in Chaweng Beach. (Each town has its own walking market, so there are about 4 a week total.) It was Tigger’s first exposure to the wonders of the night market, and we happily indulged in extremely yummy street food.

We had the use of a scooter which made it quite handy to get around, especially since taxi prices on Samui are outrageous (easily double that of Bangkok). Here’s what we quickly discovered about the island: 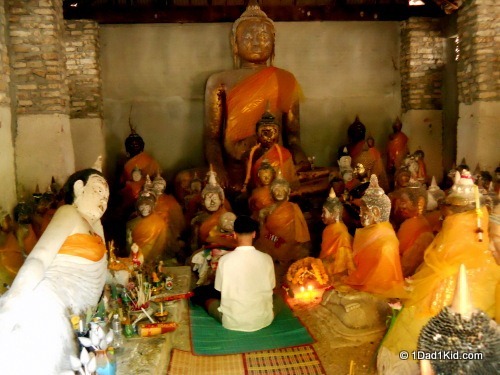 I didn’t really have a lot of expectations when coming to Samui. I did no research and didn’t ask people for tips or anything. After all, we were going to be living there for at least a month. I wanted the joy of discovery.

But we didn’t discover much that was special. Really, there just isn’t much to Samui. It’s a beautiful island, but for the first time in my life I’ve encountered an island that I was quite eager to leave.

Basically, I’d have to say if you’re looking for islands to visit in Thailand, leave Koh Samui off your list. Thailand has much better places to visit.

Have you ever been to a place and thought “Why do people come here?” Where was it?