When we were in Mexico, I was preparing for our return to Europe. I found a couple of very inexpensive fares; however, the company I wanted to go with had an issue with accepting a US-based credit card online for some odd reason. So my next best reasonable option was flying with Meridiana Airlines.

I did some research online and really couldn’t find many reviews. Paying $382 USD per person to fly from Cancun to Verona, Italy, was such a good price I went ahead and booked it anyway.

My first connection with their customer service may have been a sign of what was to come. I had asked about a possible upgrade to their business class and inquired about the cost. Days later I get the response to “Call our reservation center.” I explained I was in Mexico so that wasn’t really feasible, and a few days later I was finally given an answer.

The real joy, though, came on the day of our departure.

It began with discovering that I needed to pay 55 EUR per person for Cancun’s airport tax. Most airlines bundle this into the ticket, but a thorough search of their website provided no information. In fact, Cancun is missing from their list of airports they fly from.

This fee can only be paid in cash, which is another reason why it would be helpful to know this in advance. I don’t typically have 110 EUR (or the equivalency in another currency) sitting in my pocket. Every other guest that lined up was rather irritated they were hearing about this for the first time.

After paying our tax, we stood in line to check-in. It was less than 3 hours before our flight (when they’re supposed to be open for check-in), and the agents were all standing there having a great time chatting while we waited. And waited. After about 20 more minutes of chit-chat, the lines were finally opened. 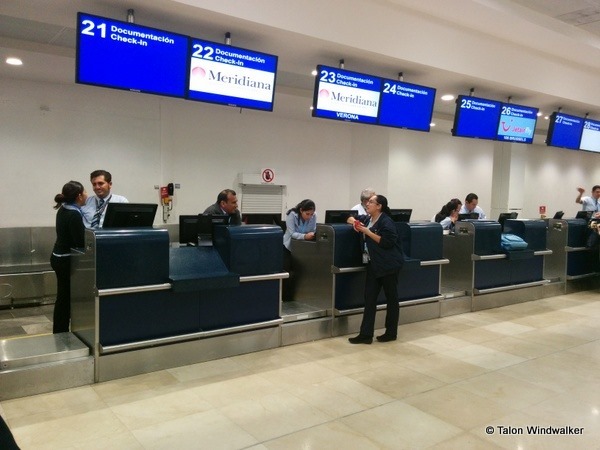 As the agent handed me my boarding passes they mentioned that we might be flying to Milan instead. “Excuse me?” There were no weather alerts, no issues at either airport. “When will we know if we’re going to Milan?” I asked.

“You can ask at the gate. We don’t work for the airline so we don’t know.”

In over 30 years of traveling, I’ve never been told we “may” be rerouted to another airport before even boarding the plane. I was completely baffled and concerned about losing our lodging and train tickets from Verona.

At the gate, I asked about the question of our destination. “We won’t know until the plane lands. We have to talk with their crew.” Why were we going to Milan instead? “I have no idea.”

Back at the gate, I explained this to the agent. He invited me to come behind the desk to look at the computer screen. Along with changing our destination, maybe, we were on a different plane than the originally planned aircraft. With this configuration, row 5 was in first class, and, well, they couldn’t give me first class. He saw that row 8 had some openings, so he was going to chat with the cabin crew to see if we could be moved there.

Naturally, the plane was late in arriving to the airport. Because of our seating situation, we were asked to wait until everyone else had boarded so the agent could go with me to speak with the cabin crew. Once again I was explained that they couldn’t put me in first class because that would require more money and they have “no way to collect payment.”

However, they did have 4 empty seats in row 8, and they would block out the all the seats so we could have an empty row to ourselves. That was definitely better than sitting in the back, and I was appreciative for the extra space.

The food they served was pretty nasty (worse than normal for planes), but at least service was friendly and the wine  I had with my meal was tasty.

At one point, the captain made a very long announcement in Italian. I waited patiently for the information in English but it never came. This was new to me as well. Even on a domestic flight in Vietnam, information was also given in English.

I flagged down a flight attendant. She very kindly explained the whole sordid details of what happened prior to their landing. She also explained to me that they would be bussing us from the Milan airport to Verona. Of course, this would end up causing about a 3-hour delay.

She also said, “This happens to us all the time.” What?! Oh yeah, they constantly get told they have a new destination. This one was a bit weirder, though. The captain didn’t even know why. When they landed in Havana (before they picked us up in Cancun), he was informed of their new destination. The crew hadn’t been told until later. 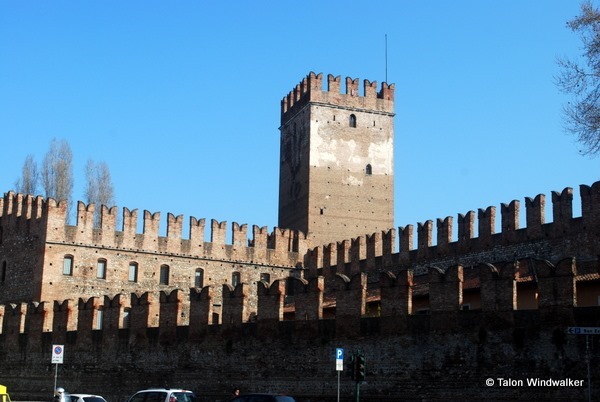 Another unfortunate thing is that the change was known at least 1 day prior. There was a large tour group on the flight, and their tour company had been informed of the change, but no one else knew. Some people weren’t even told when they checked in and were confused when they couldn’t find the gate for the Verona flight (our boarding passes still said Verona).

Had I been advised of this the day earlier, it actually would’ve worked out well. Since our flight to Brussels was leaving from Milan, we could’ve just stayed put rather than enduring another 3 hours to go to Verona, spend the night, and take the train back to Milan the next day.

I was also glad I had loaded my tablet with TV shows and movies, because the in-flight movies were shown on a few tiny screens hanging above the aisles.

I will say the seats were fairly comfortable, and really the entire cabin crew were great. They remained friendly and cheerful despite having a plane full of people who were not too thrilled with these events. They also came through with water several times during the flight which was nice.

We were treated to more fun upon landing, too. We were all eager to get off the plane we had occupied for the last 10 hours but the doors remained closed. Why weren’t they opening the dang doors? I wondered.

“The stairs they had are broken, so we have to wait for them to bring another one.”

Our friend from Milan summed it up pretty well. When I told her we had flown with Meridiana (after explaining all the craziness of our travel day), she immediately said “Oh, they’re s**t!”

Yes, that’s a fairly accurate statement about our experience with Meridiana Airlines.