Why I will fly Emirates again

Home » General Travel » Why I will fly Emirates again

We were preparing to fly back to Australia from New Zealand for our much anticipated return to Malaysia. Down under I had mostly relied on Jetstar for flights because they were cheaper. However, the old adage of you get what you pay for very much fits Jetstar. When doing my search on my favorite site of Adioso, I noticed that Emirates was just a bit more expensive. After factoring in baggage fees on Jetstar, I decided the extra little bit was worth the comfort to fly Emirates. 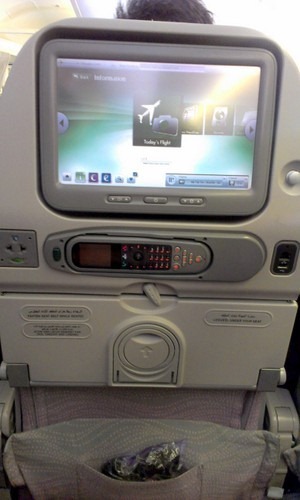 Notice the USB charging port and the power outlet?

The first time I flew with Jetstar, I couldn’t sit normally without my knees thrusting the passenger in front of me out of their seat. Subsequent flights had more leg room, but the flights just weren’t that comfortable. I will say that their ticket agents are quite friendly and helpful, but the great customer service ends there.

To make matters more complicated, they had previously changed a flight I had booked and offered a refund if the new flight was unacceptable. It took me over a month of constant nagging via email, Facebook, Twitter, and phone calls to get the refund issued.

One thing about Emirates I instantly loved was the free 30-kg baggage allowance. It’s increasingly rare these days to find any airline that isn’t charging baggage fees, even for international flights.

Then I kept reading their site.

Our flight from New Zealand to Australia was 3-1/2 hours. On that flight we would each have an individual entertainment center that has a huge selection of movies, television shows, games, and music. For free. In addition, we would be served a meal during a flight. They also offer younger children a free special care package that includes things to help keep them entertained during their flight and to make it memorable.

You don’t even have to ask for it. They walk through the plane in search of children to give their cool package.

You don’t just get any tiny meal, but a meal consisting of an appetizer, main, roll with butter, and a dessert. Drinks, including alcoholic beverages (but not champagne), are free. Yes, I enjoyed a top-shelf gin & tonic with my tasty lunch at no extra charge. There were also two different lunch offerings one could choose from.

And I was in economy. 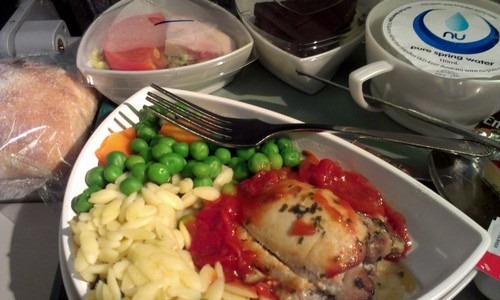 I bought my Emirates ticket through a third-party site and encountered no problems with online check-in. Every time I interacted with a staff member, they were absolute professionals. The copilot evidenced a great sense of humor when they introduced some of their staff and ad libbed some details about them. Even the crew listened attentively to see what story he would weave about them. 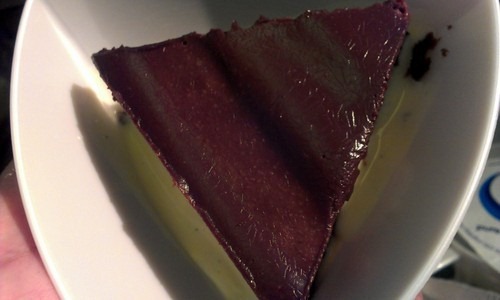 Passengers who don’t speak English were very much in luck. Combined, the flight crew spoke over 10 languages.

The flight was an absolute pleasure. We even arrived at our destination 25 minutes early! I can’t tell you the last time a flight I was on arrived early.

Tigger was quite emphatic that we should definitely fly Emirates again, and I thoroughly agree. They are easily my new favorite airline. It’s no wonder they were recently voted the world’s best airline. It’s an honor they have definitely earned.