We’ve been back in the northern part of North America for just over a week now. The difference between this time and our last visit is quite significant. The experience so far has really highlighted how much attitude can affect things.

The last time we were in the US, it took over a month before we stopped really feeling like aliens. I definitely do feel a little out of place, but instead of feeling like I don’t belong it’s more of a humorous adventure. Unlike last time I haven’t scared anyone by accidentally speaking Spanish, but I have gotten a couple of weird looks when asking things like the location of the rubbish bin and where the toilet is (instead of the bathroom/restroom).

When buying produce at the supermarket, I laughed at my confusion when I couldn’t spot the scale for weighing my selection and printing out the appropriate label for the cashier.

At checkout, Tigger was eagerly grabbing the scanned items and placing them in the cart. The cashier kindly asked “Is there a different way you’d like me to do this?” I reminded Tigger they bag the groceries here (in most cases) and explained to the cashier we had been living in Europe where you bag your own stuff and often get dirty looks if there is a pileup.

“Well, that’s just rude.” Oh how nice it is to have a friendly cashier again (although, they were kind in the UK, too).

As expected, we have thoroughly enjoyed being overwhelmed by the amount of choice in a US supermarket. It is so wonderful having so many options for groceries again. I also like that even in a store that is new to me I can pretty much guess which aisle an item will be found.

Not to mention how glorious it is to have a whole section devoted to bacon. And did you know there are more than 3 flavors of Ben & Jerry’s?

We aren’t fully settling in yet as we have house sits until the end of December. Thankfully, though, most of that time is being spent in one beautiful location. The bags are mostly unpacked again, which is always a nice feeling. We still have some uncertainty as to where exactly we’ll be basing ourselves after the sits, but for now we’re just enjoying being able to stay put.

Having the mindset that this place (Washington state) is probably going to be home has really helped change my approach to things and feel more settled even though we don’t have a “home” yet.

The surroundings haven’t hurt either. The house is by a lagoon. When the tide is out, I can enjoy watching all the birds on the mud flats. We have a bald eagle who nests nearby. Sometimes it’s in one of our trees, and at other times you can hear its distinctive chirps as it flies overhead. Tigger has joined the dog for a dip when the tide is in and has also played in the mud. 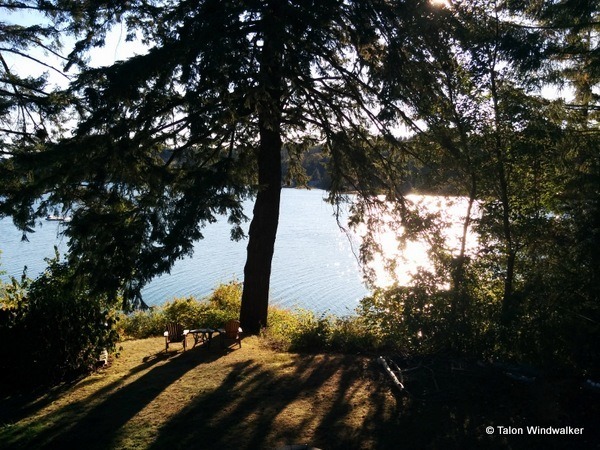 In addition to a greenhouse full of cacti (over 200), there is a vegetable garden from which I’ve enjoyed many tomatoes, apple and pear trees (I’m making an apple pie this afternoon), and a carnivorous plant garden. 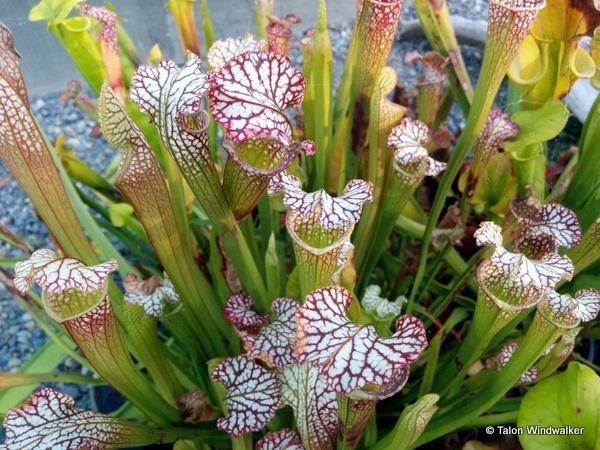 As the nighttime autumn temperatures drop, I’m enjoying the luxury of central heat.

A friend met us at the airport and surprised us with a basket of goodies of some of my favorite things. She drove us to our sit, so we had some time to catch up which was lovely. Hopefully, we’ll have some other friends visit soon. It’s so nice having friends relatively close again.

It’s also fun being able to be online when most of my friends are, too.

To help, I’ve stopped looking at housesitting ads or flight deals since our focus is on being here and setting up community. There will be time for that stuff later. For now, all my efforts need to be focused on being here and building the next phase of our life.

This experience of being back in the US is like night and day from our last time 2 years ago. I feel so much more hopeful, so much more relaxed, and so much more positive. The advice to “Embrace the strangeness” has been spot on. Focusing on all the things I enjoy has unsurprisingly been a lot more fruitful than “Can I really make this work?”

Attitude truly is everything.

And while it’s only been a week, I can honestly say something I wasn’t sure I would ever say: It’s good to be back.